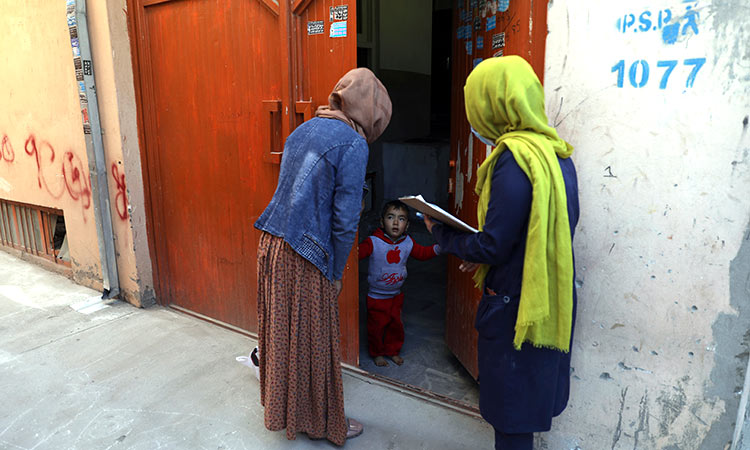 Health workers go door to door during a polio vaccination campaign in the city of Kabul, Afghanistan, Tuesday. File/AP

It was not immediately clear who carried out the two separate shootings, a provincial government official said. A central government source confirmed the shootings.

Student dies after phone battery explodes on his face in UP

A number of assassinations have taken place in urban centres since peace talks began between the insurgent Taliban and the Afghan government last year in Doha.

Three female journalists were killed in Jalalabad this month, an attack claimed by Islamic State. The government blames most targeted killings on the Taliban, who deny involvement.