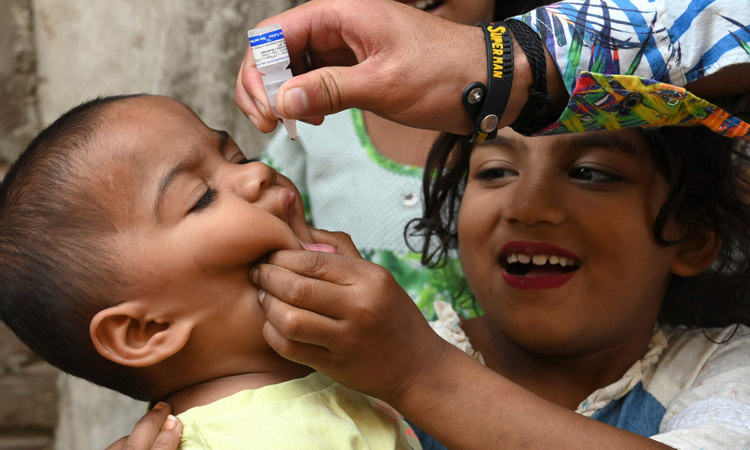 A health worker administers drops to a child during a polio vaccination door-to-door campaign in Lahore on Monday. AP

Pakistan on Monday launched a five-day vaccination campaign against polio despite facing another surge of coronavirus cases, the second anti-polio drive in 2021 as the country struggles to eradicate the crippling children’s disease.

This time, the campaign aims to vaccinate about 40 million children across Pakistan, said Health Minister Faisal Sultan, who also oversees the country’s response to coronavirus. 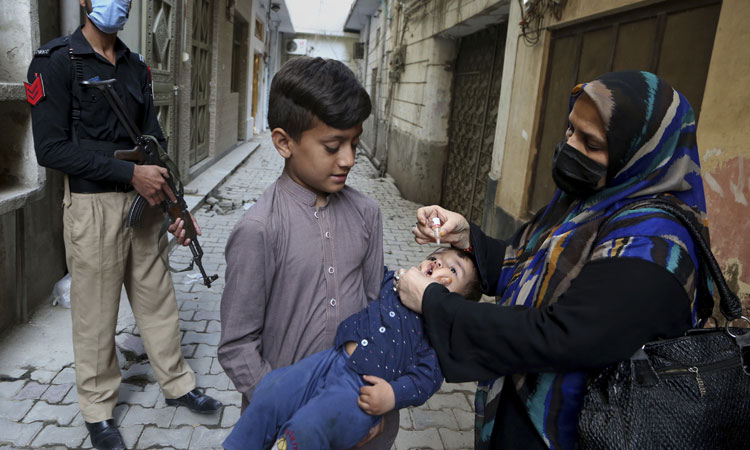 A police officer stands guard while a health worker administers a polio vaccine to a child in Peshawar. AP

Sultan said polio workers would follow social distancing measures and other precautions over the coronavirus. He urged people to cooperate by allowing polio teams to vaccine their children and asked authorities to provide protection to polio teams.

Monday’s anti-polio push began hours after authorities imposed a partial lockdown in several more high-risk areas in the country, after a jump in positive coronavirus tests. 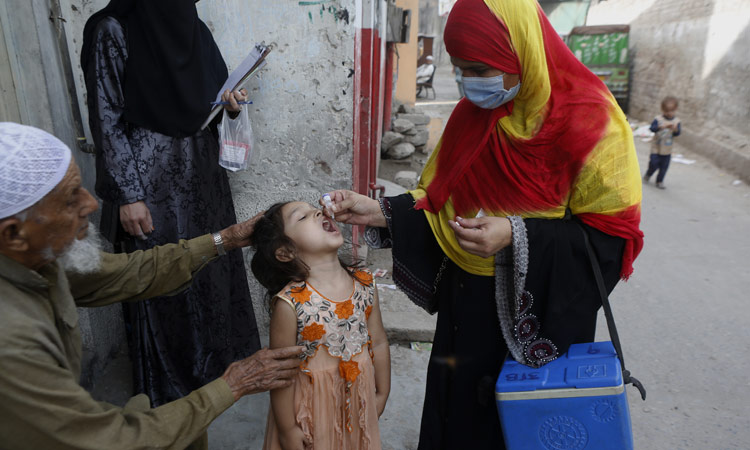 A health worker administers a polio vaccine to a child in Lahore. AP

Pakistan and neighbouring Afghanistan are the only two remaining countries in the world where polio is endemic, after Nigeria was last year declared free of the wild poliovirus. 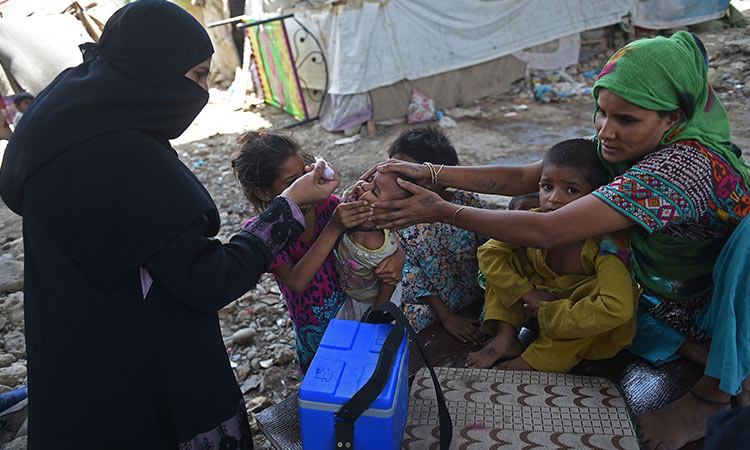 Around 223,000 frontline workers will spread out across 124 of the country's 154 districts to administer the oral drops, following COVID-19 safety protocols. 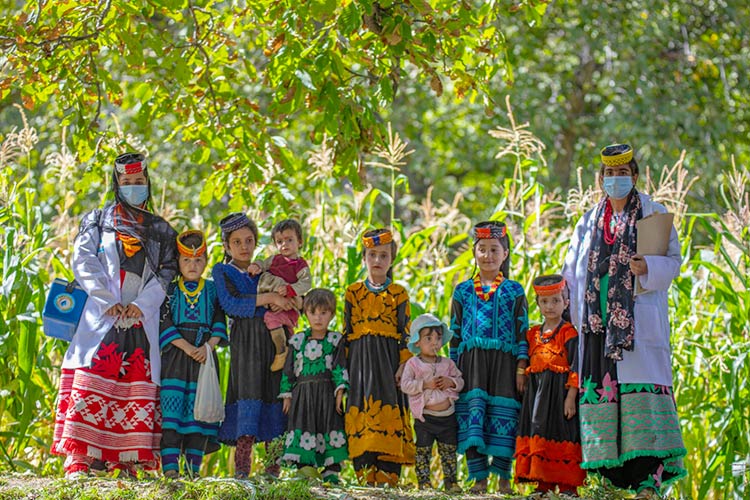 The programme highlighted the fact that the campaign was implemented due to an initiative of His Highness Sheikh Mohamed Bin Zayed to eradicate polio around the world, in line with the UAE’s humanitarian approach. 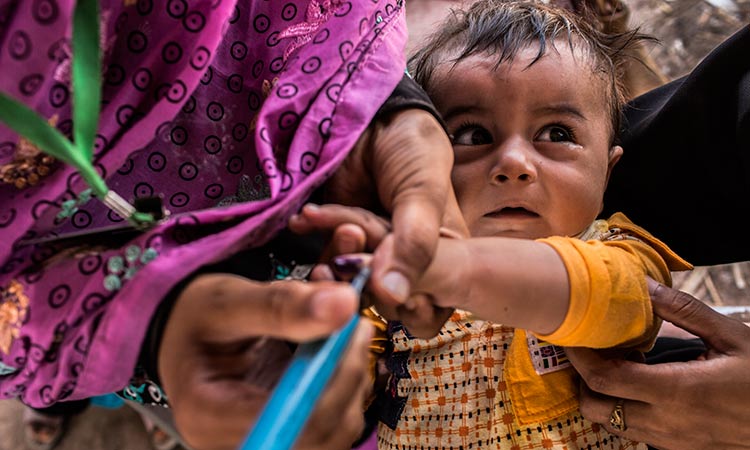