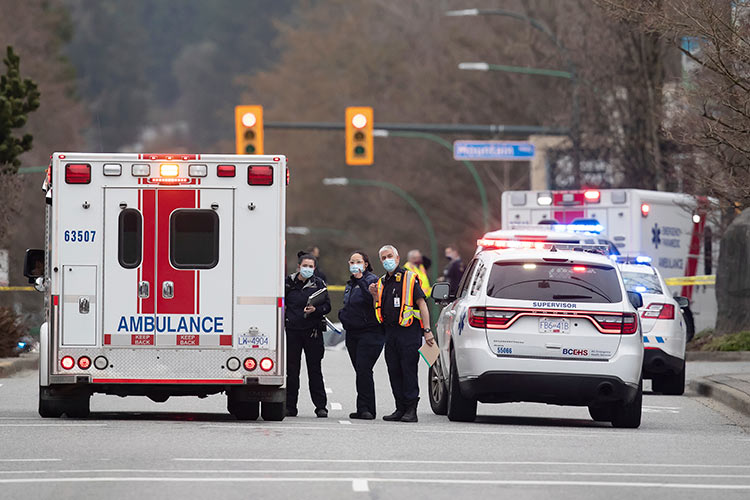 A man went on a stabbing spree inside and around a library Saturday, killing one woman and injuring five other people in North Vancouver, British Columbia, authorities said.

Police arrested a lone suspect but the motive for the attack was not immediately known, said Sergeant Frank Chang of the Vancouver police.

Police said the suspect was thought to have acted on his own.

By Saturday evening, they had not yet interrogated him and did not give his name.

"We know — we believe we know — the who, the what, the where and the when. It is our job now to determine the why," said Chang. 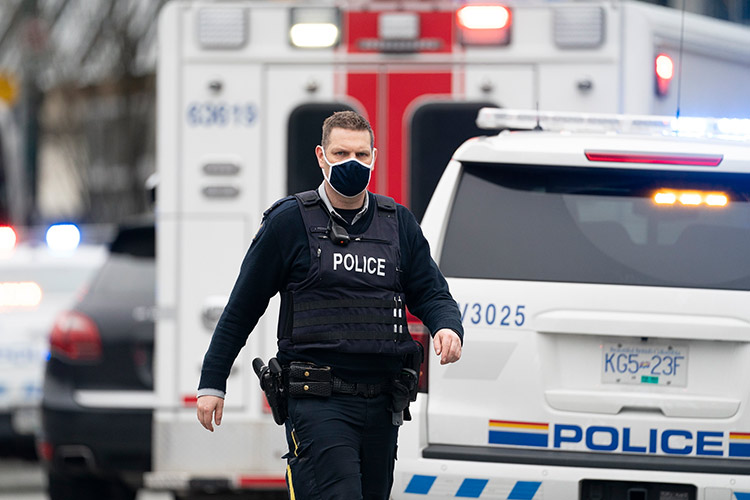 Members of the RCMP are seen outside of the Lynn Valley Library. AP

"We haven't spoken with him yet, but our suspect has had police interactions in the past. He has a past criminal record," Chang told reporters at the scene of the crime.

The stabbings took place in the afternoon in and near the library in an upscale neighborhood of the Pacific coast city, according to AFP.

CTV broadcast a video apparently showing the arrest of the suspect, who seemed to stab himself in the leg before collapsing and being detained by several police officers.

Witness Sheila Dyson told CTV she saw a man stab a woman. There did not seem to be any connection between them, with the attacker appearing to strike randomly, she said.

Andrew Cocking, who lives 500 meters (about a quarter-mile) from the library, told AFP the area where the attack took place was generally very quiet.

"I saw people getting tended to by paramedics, they were being given first aid next to a vehicle and also next to a restaurant, and pulled away on stretchers," he said.

"It was quite sad, especially because apparently one of them was a child," he said, adding that his father was at the library just 30 minutes before the attack.

Prime Minister Justin Trudeau tweeted his condolences to those affected, saying: "My heart is in North Vancouver tonight."