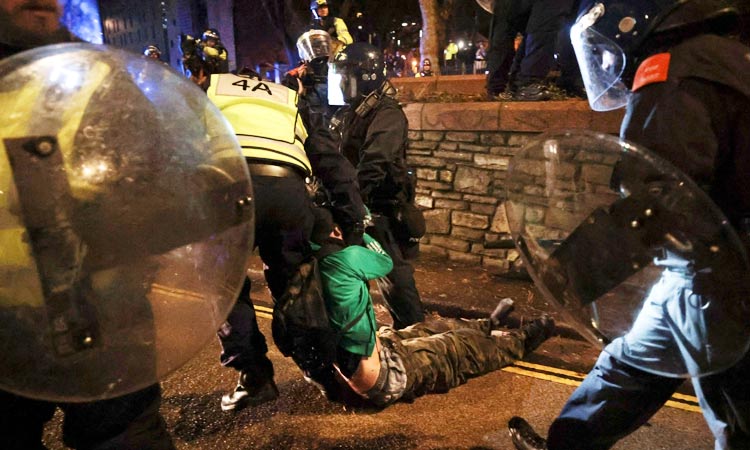 Police officers detain a demonstrator during a protest against a newly proposed policing bill, in Bristol, Britain. Reuters

Police made arrests late on Friday in the city of Bristol in southwest England after protests turned violent with people throwing projectiles at them, the police said. 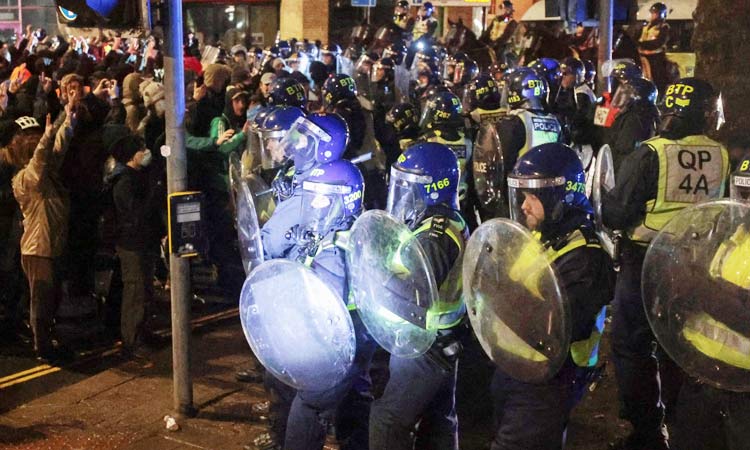 Police officers hold their shields as demonstrators take part in a protest against a newly proposed policing bill. Reuters

“Projectiles, including eggs and glass bottles, are being thrown at officers. Protestors are also pulling at officers’ shields while lasers are being shown in their faces,” the local Avon and Somerset Police said in a tweet.

“We will not tolerate violent disorder,” the local police force added.

Thousands of demonstrators had converged on the city centre, ignoring COVID-19 restrictions, to protest against a government bill going through parliament that would give police new powers to restrict street protests. 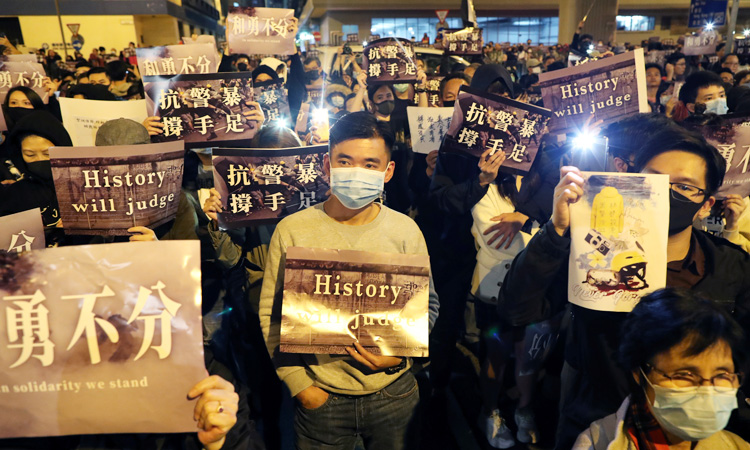