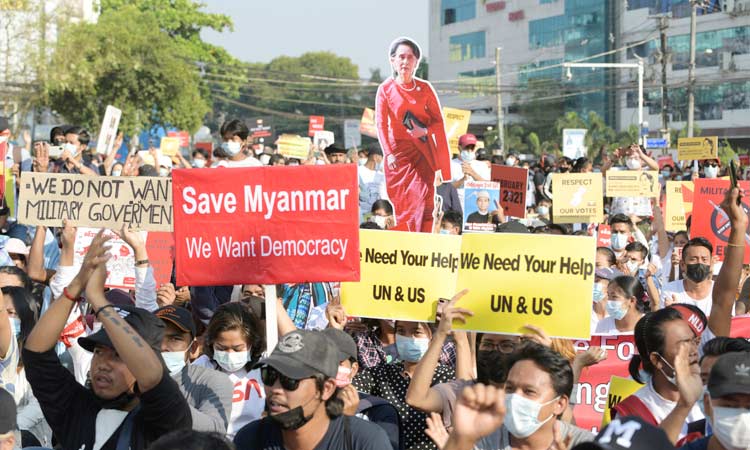 Demonstrators hold placards and a cutout with the image of Aung San Suu Kyi during a protest against the military coup in Yangon, Myanmar. File/Reuters

Myanmar anti-coup protesters staged more rallies on Friday after the military reportedly shot dead nine people a day earlier and as the World Bank warned the country's economy could slump 10% this year due to the turmoil.

In a bid to increase pressure on the junta over the Feb.1 coup, the United States and Britain imposed sanctions on conglomerates controlled by the military, with Washington calling it a response to the military's “brutal repression.”

Candle-lit protests took place across the country overnight including in the Mandalay and Sagaing regions, as well as in Karen and Chin states, media reports said. 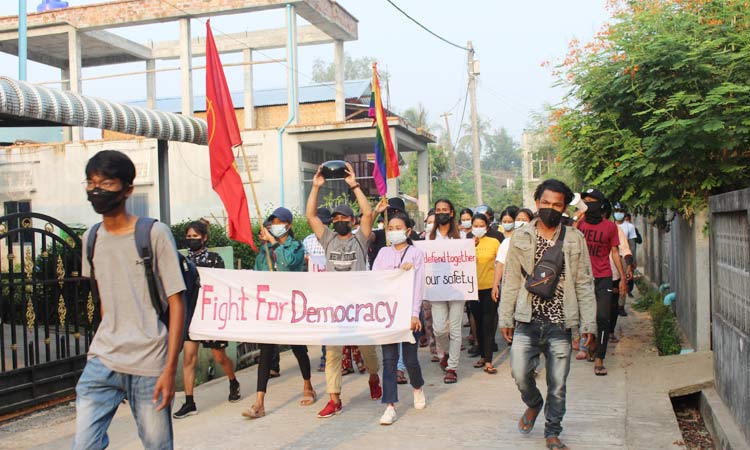 Myanmar has been rocked by almost daily protests since the army overthrew Aung San Suu Kyi's elected government and installed the junta. Suu Kyi, who won the Nobel Peace Prize in 1991 for her campaign to bring democratic civilian rule to Myanmar, and other members of her National League for Democracy (NLD) are being held in detention.

At least 320 people have been killed in the subsequent crackdown, according to figures compiled by the Assistance Association for Political Prisoners (AAPP) activist group. 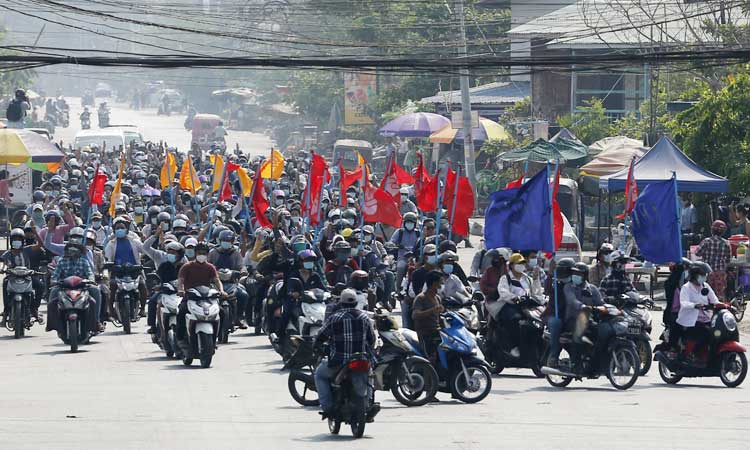 The World Bank on Friday slashed its forecast for Myanmar's economy to a 10% contraction in 2021 from the growth expected previously.

Myanmar “has been heavily affected by protests, worker strikes, and military actions; reductions in mobility; and the ongoing disruption of critical public services in addition to banking, logistics, and internet services”, it said.

Both are part of a military-controlled network which spans sectors from mining to tourism and has enriched the generals. Representatives for the two entities had no immediate comment.

“These actions will specifically target those who led the coup, the economic interests of the military, and the funding streams supporting the Burmese military's brutal repression,” US Secretary of State Antony Blinken said in a statement.

The European Union announced sanctions on 11 individuals on Monday and is expected to target the conglomerates soon.

But although many foreign governments have condemned the military's actions, Thomas Andrews, special UN rapporteur on human rights in Myanmar, said the diplomatic response was slow and called for an emergency summit on the crisis.

The AAPP recorded nine deaths of protesters at the hands of the security forces on Thursday.

Other media outlets reported at least seven protesters were wounded when security forces opened fire in various places. Reuters could not independently verify the reports.

The military was trying to stifle protests before Armed Forces Day on Saturday, the AAPP said.

The day commemorates the launch of armed resistance against Japanese occupation in 1945 and typically involves military parades through the capital Naypyitaw.

A military spokesman did not respond to calls seeking comment.

Residents said that after dark on Thursday, soldiers raided Yangon's Mingalar Taungnyunt district and arrested people on the streets after curfew. Residents heard bangs that could be either stun grenades or gunfire, they said.

One resident said soldiers had shot at his building every night this week and checked houses they deemed suspicious.

“Even if they find nothing, they take everything they want,” he told Reuters.

The junta has tried to justify the takeover by saying a Nov.8 election won by Suu Kyi's NLD was fraudulent - an accusation the electoral commission has rejected. Military leaders have promised a new election but have not set a date and have declared a state of emergency.