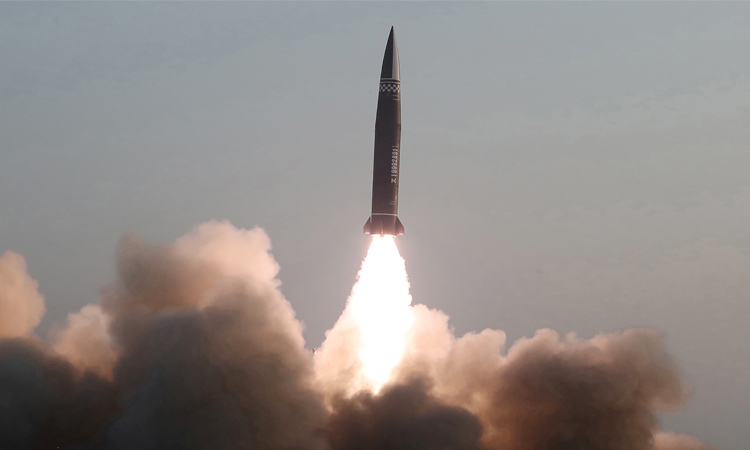 North Korea’s claim on Friday that it had launched a new type of tactical short-range ballistic missile highlighted military advances by the nuclear-armed state and propelled it to the top of new US President Joe Biden’s foreign policy agenda.

When asked if he agreed that North Korea was the top foreign policy issue he faced, Biden replied: “Yes.” 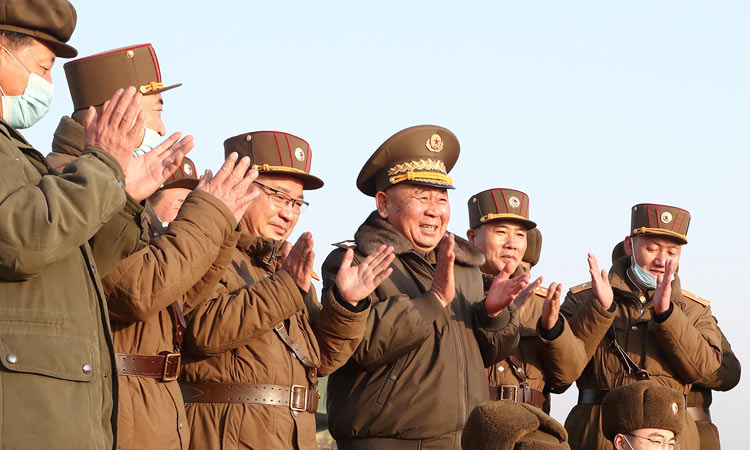 Ri Pyong Chol, the senior leader who is overseeing the test, and other military officials applaud after the launch of a newly developed new-type tactical guided projectile. KCNA/Reuters

Biden had previously left North Korea entirely out of his maiden foreign policy speech in February, and in outlining eight diplomatic priorities earlier in March, his secretary of state didn’t focus on North Korea except to list it as one of several countries that pose a challenge.

The launches, which were North Korea’s first ballistic missile tests in nearly a year, underscored steady progress in its weapons programme since denuclearisation talks with the United States floundered under former President Donad Trump.

Biden said the United States remained open to diplomacy with North Korea despite its missile tests, but warned there would be responses if Pyongyang escalates matters.

North Korea had been widely expected to conduct some kind of weapons test in the early months of Biden’s term as a way of signalling its resolve, gaining practical military capabilities, and boosting its leverage should talks resume.

The new weapon is based on existing technology that was improved to carry a 2.5-ton warhead, KCNA reported.

“The development of this weapon system is of great significance in bolstering up the military power of the country and deterring all sorts of military threats,” said Ri Pyong Chol, the senior leader who oversaw the test, according to KCNA.

Missile specialists at the California-based James Martin Center for Nonproliferation Studies (CNS) said it appeared to be a missile that was unveiled at a major military parade in Pyongyang in October.

The United Nations Security Council North Korea sanctions committee is due to meet on Friday to discuss the missile tests, at the request of the United States.

The move suggests a measured response by the Biden administration, as the sanctions committee is comprised of lower-level diplomats from the 15 council members, rather than the ambassador-level council that convened at the request of several European countries after North Korea fired ballistic missiles a year ago.

While rejecting American overtures, North Korea has also used measured language, insisting that it will only return to talks if the United States drops hostile policies.

Analysts noted that leader Kim Jong Un did not appear to attend the Thursday missile tests, with state media instead showing undated photos of him inspecting new passenger busses in Pyongyang.

Kim has vowed to try to improve living conditions for citizens as North Korea’s economy was ravaged by multiple crises, including international sanctions over the missile and nuclear weapons programmes, natural disasters, and a crushing self-imposed border lockdown that slowed trade to a trickle in an effort to prevent a coronavirus outbreak. 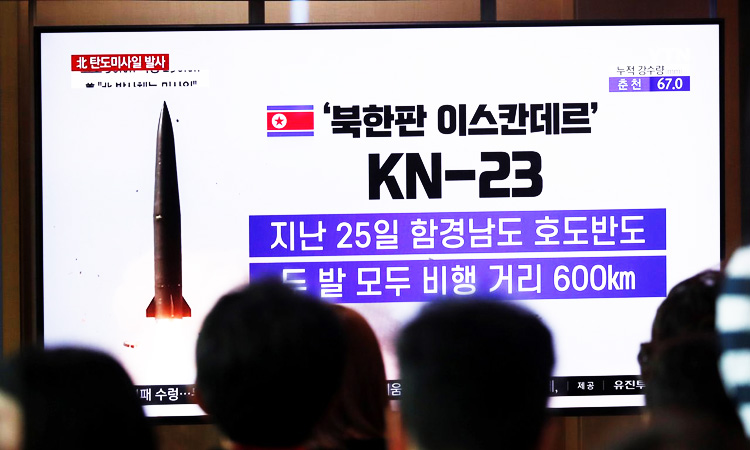