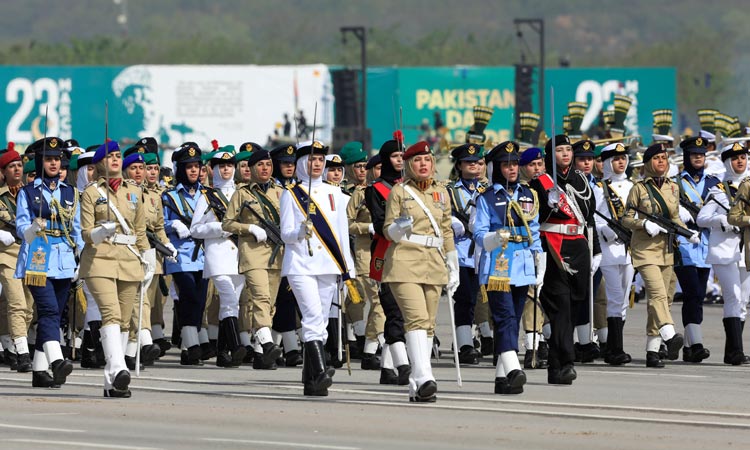 Women from armed forces march during the Pakistan Day military parade in Islamabad on Thursday. Reuters

President Dr Arif Alvi told the grand military parade on Thursday Pakistan has achieved self-reliance in defence and extended a message of goodwill to regional countries for the common goal of prosperity, but clarified that intentions must not be misconstrued as its weakness.

The parade in connection with Pakistan Day celebrations, which was previously postponed due to inclement weather, was held in Islamabad. 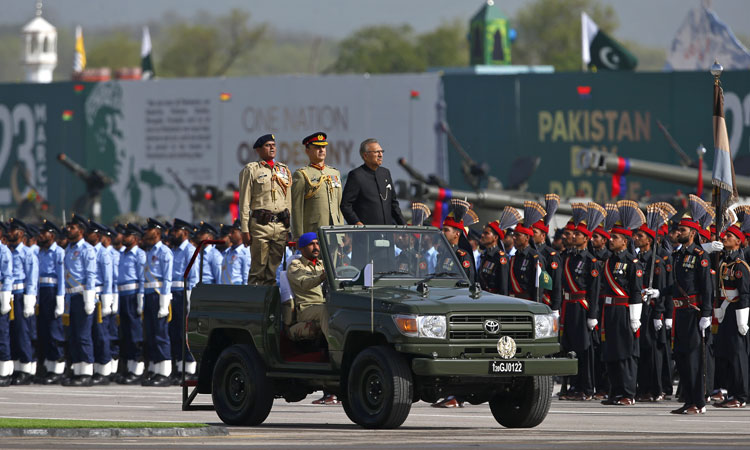 President Arif Alvi, stands in a black suit on a military vehicle while reviewing a military parade. AP

Prime Minister Imran Khan was unable to attend as he is currently in quarantine after testing positive for COVID-19. The parade was also attended by a number of foreign diplomats stationed in Islamabad. 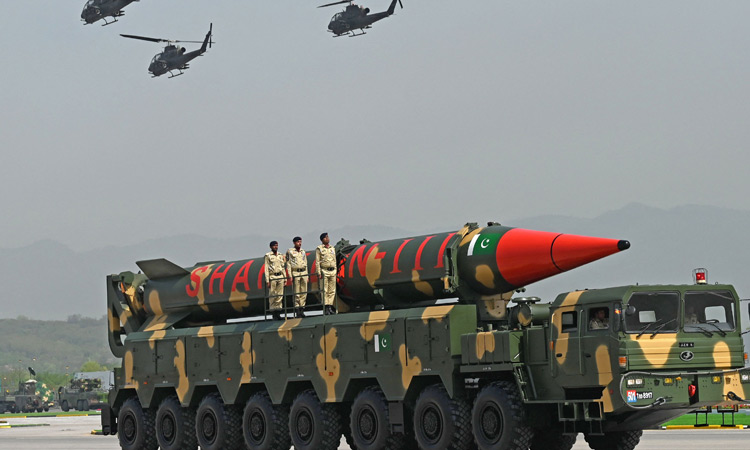 The impressive ceremony kicked off with the fly past of the Pakistan Air Force (PAF) and Pakistan Navy fighter jets, led by Air Chief Zaheer Ahmad Babar Sidhu, which saluted the president. F-16, JF 17, Mirage, AWACs, P-3C Orion and ATR aircraft formation participated in the fly past. 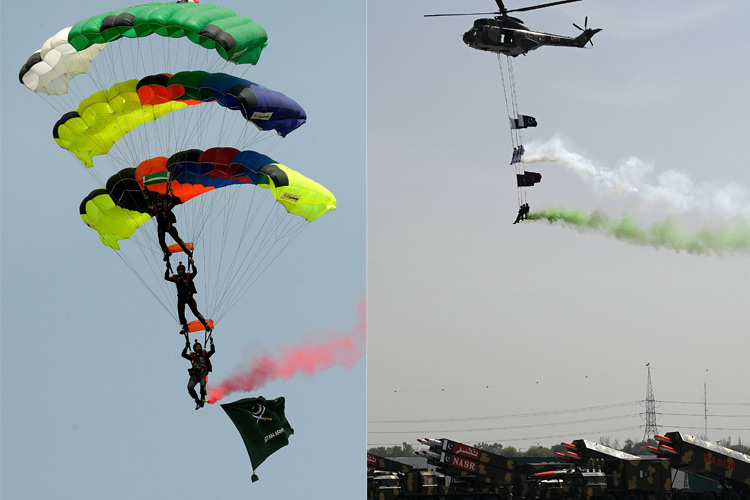 There was local holiday in the twin cities of Islamabad and Rawalpindi in connection with the military parade. To facilitate the parade, Islamabad traffic police restricted traffic on the Islamabad Expressway from Khanna Bridge to zero point for some hours.

"In case of any misadventure, Pakistan is capable of thwarting it with full force,” the president said and added that Pakistan believed in promoting co-operation in South Asia, which was already facing hindrance in development due to conflicts and discords. 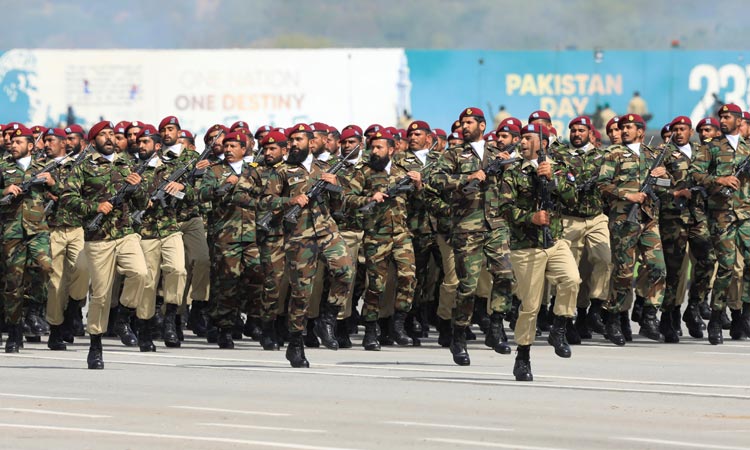 "The goal of national and regional development can only be achieved in the environment of peace and by refraining from all kinds of aggression and exploitation,” he stressed.

The president felicitated the nation on Pakistan Day, saying the occasion was a reminder to renew the pledges of religious, cultural and fundamental freedoms.

Alvi lauded the armed forces for their valour and bravery in defending the frontiers of the country, and rendering immense sacrifices for the safety of the nation.

They remained ever-ready in dealing with the challenges, might it be terrorism, natural calamities or disasters. "From barren deserts to the high-altitude Siachen and the vast skies to the depth of oceans, our armed forces are acting as a strong defence line.” 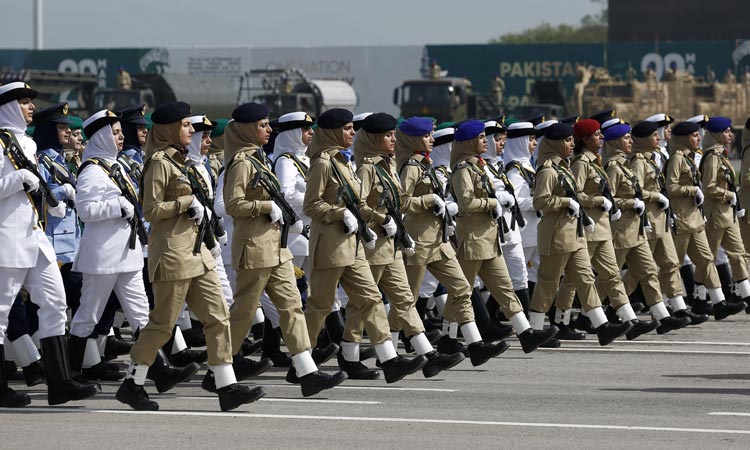 He mentioned the complete eradication of terrorist networks by the armed forces through the Operation Radd-ul-Fasaad that restored normalcy across the country.

On Kashmir, the president said not only Pakistan but the whole world is concerned about the treatment meted out to innocent people. "Whatever is happening in Kashmir, it has become a human tragedy.” "The whole Pakistani nation is with the Kashmiri people and will continue to stand by them,” Alvi said.

The president also hailed the friendship with China, saying "China is Pakistan’s true friend and bilateral relationship between the two countries is strengthening in all spheres including defence and security.

"Pakistan is extremely grateful to the government and people of China for the gift of the coronavirus vaccine.”

The president said Pakistan has good relations with Saudi Arabia, Turkey and the Gulf states and called for strengthening the Organisation of Islamic Countries (OIC) to fight the rising wave of Islamophobia. He recalled Islamabad's efforts and said, "we will continue to play our role.”