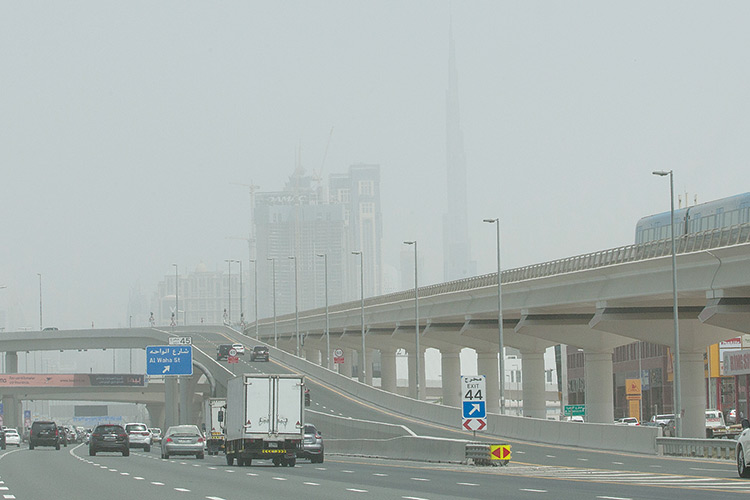 The horizontal visibility dropped to less than 3,000 metres in some areas. Kamal Kassim / Gulf Today

The stirred dust caused horizontal visibility to drop to less than 2,000 on Abu Dhabi Airport. On Thursday, The lowest temperature of 16.2 degrees Celsius was recorded in Al Farfar in Fujairah at 01:00 local time.

According to the National Centre of Meteorology, the country is witnessing a gradual rise in temperature during the weekend and the weather on Friday to Monday is expected to be clear in general, dusty during the day in some inland and coastal areas, especially in the west, partly cloudy to cloudy, sometimes in the east but hot during the day.

Light to moderate and sometimes strong south-easterly to north-easterly winds will blow on the country at 10-20 and up to 35 km/h. The sea will be calm in the Arabian Gulf and Sea of Oman.

Separately, the National Centre of Meteorology (NCM) marked the World Meteorological Day, which falls on 23rd March every year. The day is celebrated this year under the slogan ‘The Ocean, Our Climate and Weather’.

Dr. Abdulla Al Mandous, Director of NCM and President of the Regional Association II (Asia) of WMO, said, “World Meteorological Day is an important occasion to highlight the tremendous efforts made by various meteorological entities across the globe to ensure the safety of life and property at sea through continuous monitoring of the changes in the oceans.”

Al Mandous added, “Oceans play a very important role in the human well-being. It is now in challenge due to issues like global warming, climate change, marine pollution, overfishing and ocean acidification, affecting the health of the ocean and its ecosystems.”

In a statement issued on this occasion, Professor Petteri Taalas, Secretary-General of World Meteorological Organisation (WMO), said, “The theme of World Meteorological Day this year, ‘The Ocean, Our Climate and Weather’, reiterates WMO’s focus on connecting the ocean, climate and weather within the earth system. Our changing climate is warming the ocean, having a profound effect on our weather.” 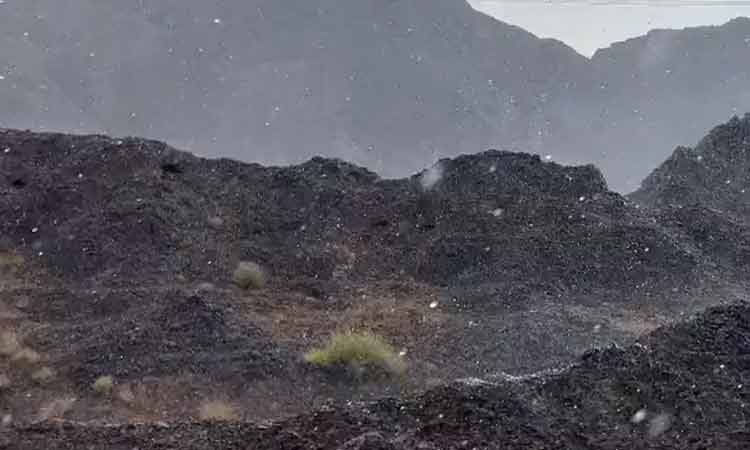 UAE may experience rain and dusty winds on Wednesday

Light rain began on Marabt area in Fujairah at 2:30pm and turned heavy on a Maidaq area in Fujairah, while it was moderate on Fali in Sharjah and heavy on Souq Al Juma’a and separate areas in Fujairah. It was light on areas in the city of Al Ain, the NCM said. 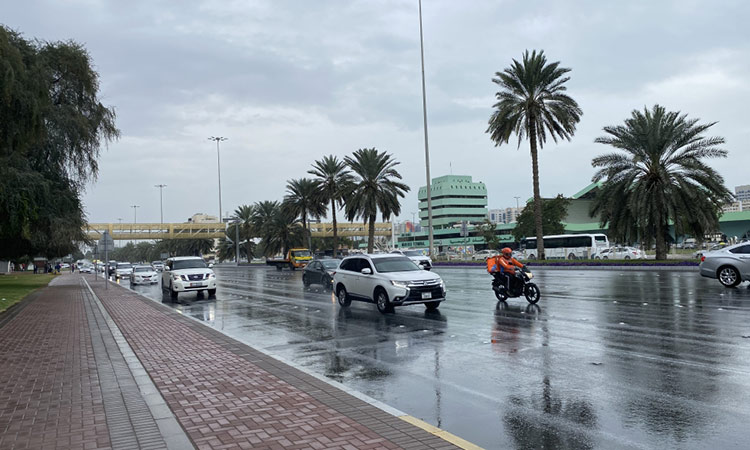 Unstable weather conditions prevailed all across the UAE as heavy to moderate rain continued to lash various parts of the country on Thursday.