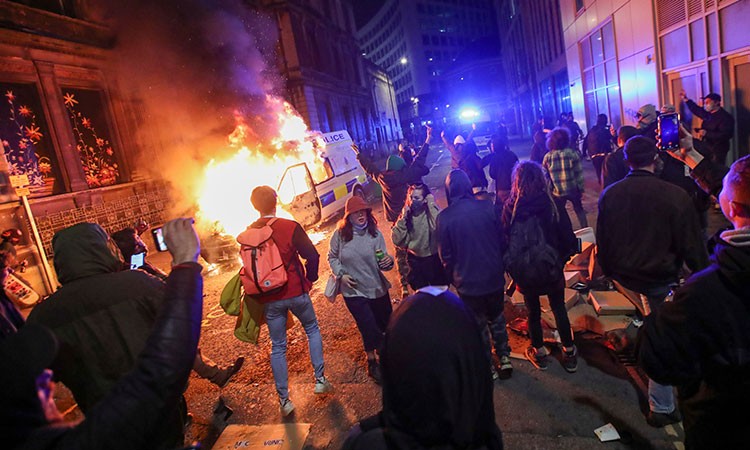 Demonstrators stand near a burning police vehicle during a protest in Bristol, Britain. Reuters

A protest in the west England city of Bristol against new policing legislation descended into violent clashes that left at least 20 officers injured, two of them seriously, police said.

The protest, which started Sunday afternoon and ran through to the early hours of Monday morning, was condemned by Britain's interior minister, Priti Patel. She branded the scenes, which also saw several police vehicles damaged, as "unacceptable” and said "thuggery and disorder” would never be tolerated.

What started as a peaceful demonstration turned violent after hundreds of protesters descended on the New Bridewell police station. Many who attended the protest on College Green in the heart of the city were wearing face masks and carried placards, saying: "Say no to U.K. police state” and "Freedom to protest is fundamental to democracy.” 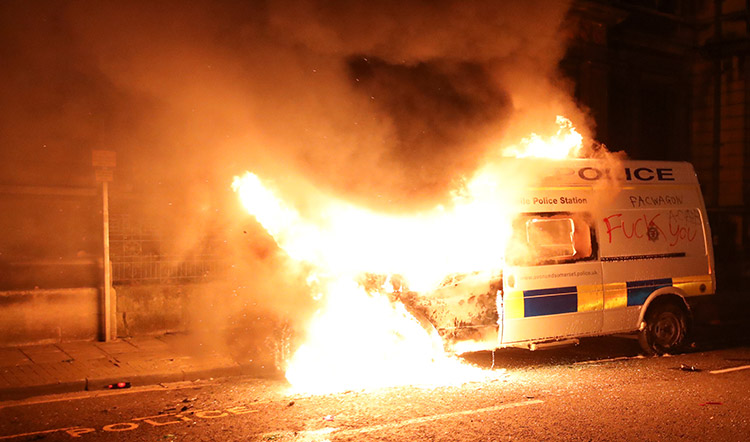 A view shows a burning police vehicle during a protest against a new proposed policing bill, in Bristol, Britain. Reuters

Sue Mountstevens, police and crime commissioner for the Avon and Somerset region, said seven people have been arrested but that there would be "many more” detained.

"It’s disgraceful and outrageous," she said. "Police officers went to work yesterday and some have returned home via hospital battered and bruised.” 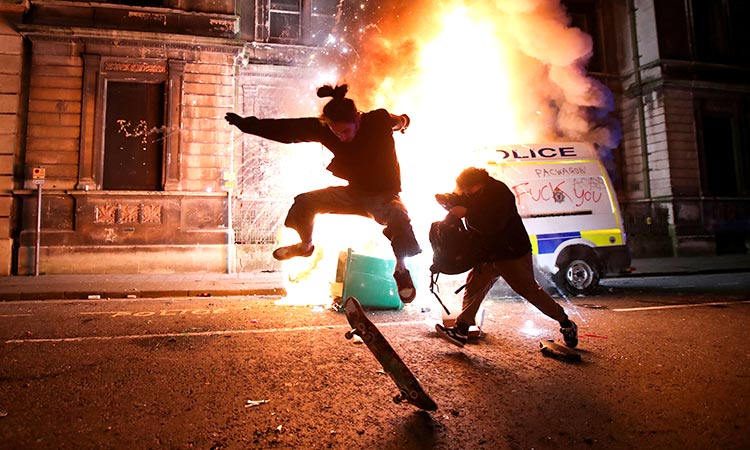 A demonstrator skateboards in front of a burning police vehicle during a protest in Bristol, Britain. Reuters

Protesters attempted to smash the windows of the glass-fronted police station and tried to set fire to one of the marked police vans parked outside, but the small flames were quickly extinguished by riot officers.

"Officers were pelted with stones and missiles and fireworks and it was a terrifying situation for them to deal with," he said. "We have 20 officers injured, two of them seriously, and I spoke to one of them in hospital.”

Those at Friday's event became violent and threw projectiles at police as they entered an estate at Havelock Close in West London, the police said in a statement. 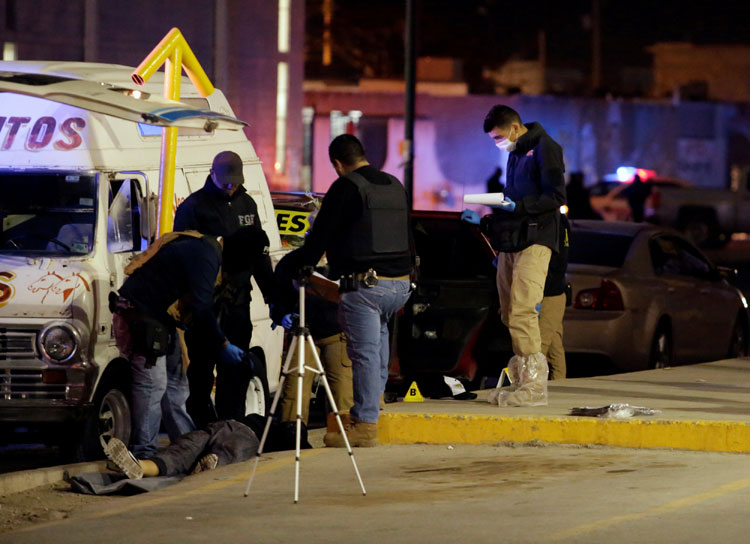 Two policemen hanged from bridge in Mexico, 7 killed in shooting

The public safety department in Zacatecas state said the policemen’s bodies were found Wednesday morning in the state capital, also known as Zacatecas. 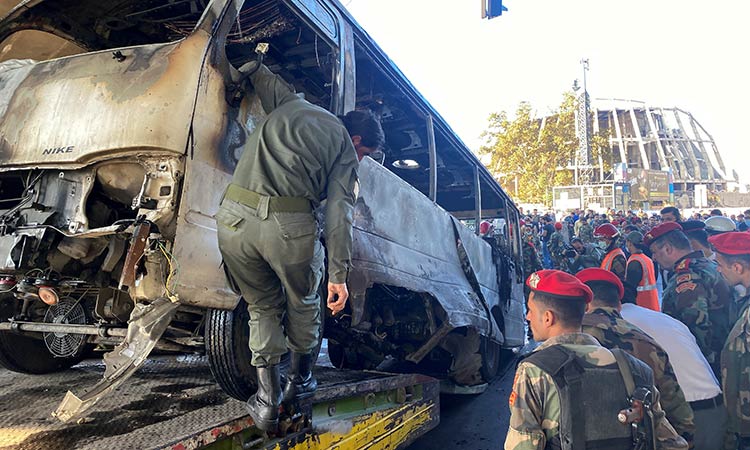 The device exploded near Jisr Saida in Daraa province, state news agency SANA reported. Daraa province and its capital of the same name, the cradle of Syria's 2011 uprising, returned to government control in 2018.