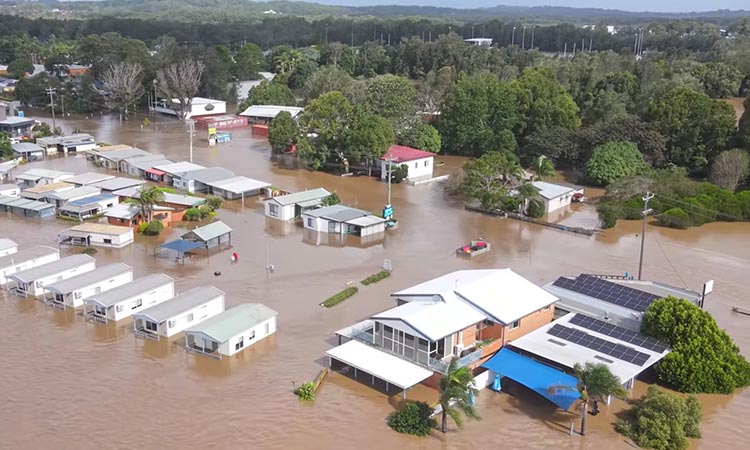 Torrential rain lashed Australia's southeast again on Monday as hundreds of people have been rescued from floodwaters that have isolated dozens of towns in most populous state New South Wales and forced thousands to evacuate their homes.

As record rain continues to inundate the country’s east coast, worsening once-in-a-century flooding that has forced 18,000 people to evacuate their homes and shuttered hundreds of schools. 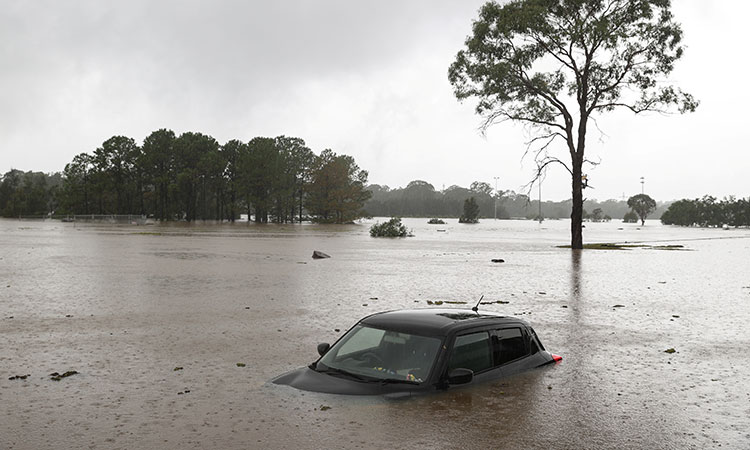 A partially submerged car is seen abandoned in floodwaters in Sydney, Australia, on Monday. Reuters

Prime Minister Scott Morrison told Parliament that 35 communities in northern New South Wales had been isolated and emergency services had conducted more than 700 flood rescues, according to The Associated Press.

"We are grateful at this point that no lives have been lost so far,” Morrison said. "But weakened foundations for buildings, for roads and trees, they all create risk, as do downed power lines and rising water levels.”

On Monday, eight million residents were told to avoid unnecessary travel and to work from home if possible, as some hard-hit areas received 25 centimetres (10 inches) of rain in 24 hours.

A year ago, vast swathes of New South Wales had been charred by unprecedented wildfires following years of drought that gripped most of the state.

Some of the same areas were now being by inundated by one-in-50-year and one-in-100-year rain events.

New South Wales Premier Gladys Berejiklian said up to 38 parts of the state had been declared natural disaster areas.

"I don’t know any time in our state’s history where we have had these extreme weather conditions in such quick succession in the middle of a pandemic,” Berejiklian told reporters. "So, they are challenging times for New South Wales.” 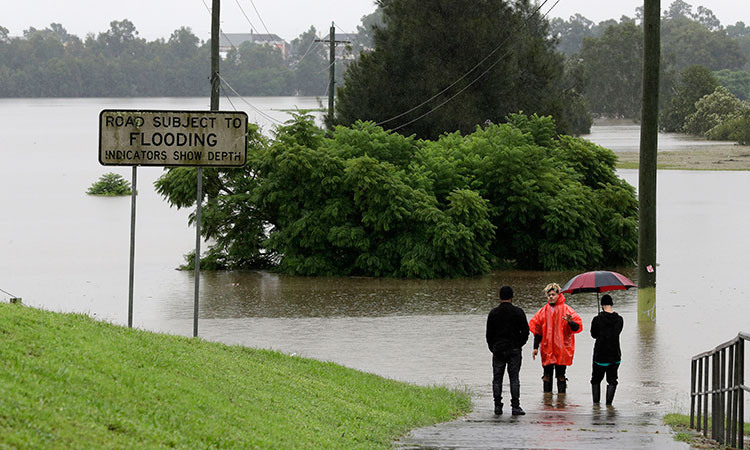 Men stand at the edge of a road flooded by water in Windsor, northwest of Sydney, Australia, on Monday. AP

Thousands of people have been affected with 40 flood warnings and 20 evacuation orders along the state’s Mid North Coast, and in western Sydney. Houses had been submerged and destroyed while several communities had lost power.

Heavy rain will remain a serious risk on Tuesday for the Mid North Coast, where communities are facing the worst flooding conditions since 1929.

Communities along the Hawkesbury River were also bracing for the worst flooding in the area since 1961. 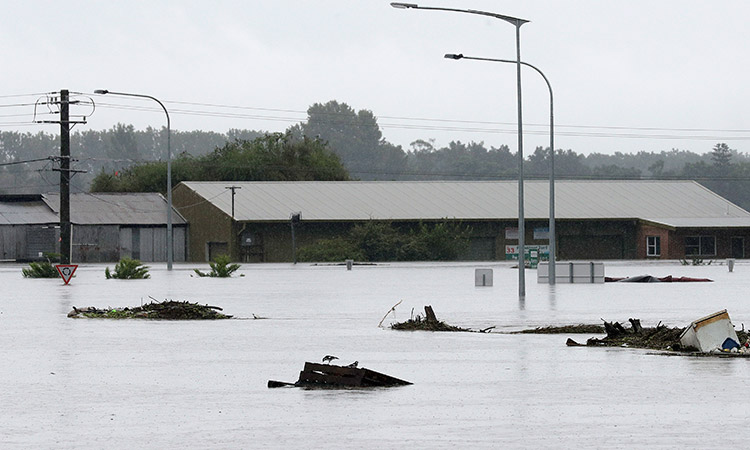 Debris floats past a partially submerged business flooded by water in Windsor, Australia, on Monday. AP

"I’ve been a flood forecaster with the bureau for 20 years and this is probably the worst flooding that I’ve experienced,” Robinson said.

Nepean River levels at Penrith on Sydney western outskirts had peaked late Sunday at a higher level than the 1961 record and the Hawkesbury River flood waters at Windsor, northwest of Sydney, were expected to peak late Monday around a 1988 record level, Robinson said. 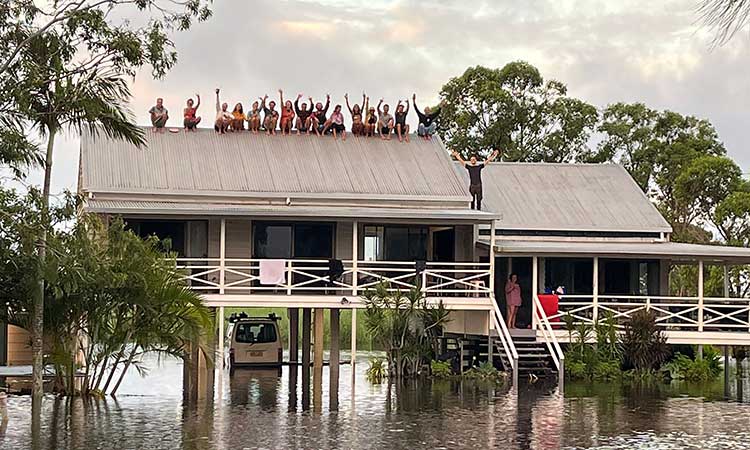 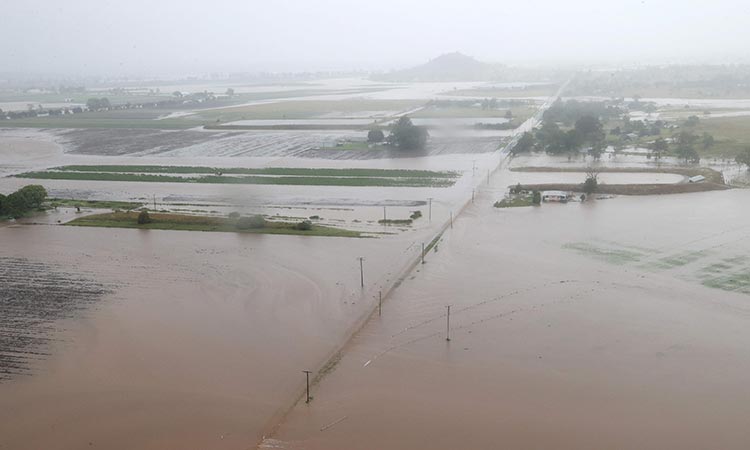 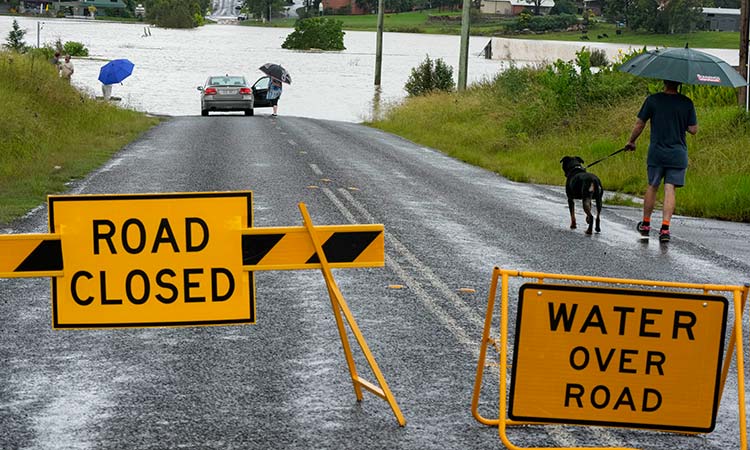 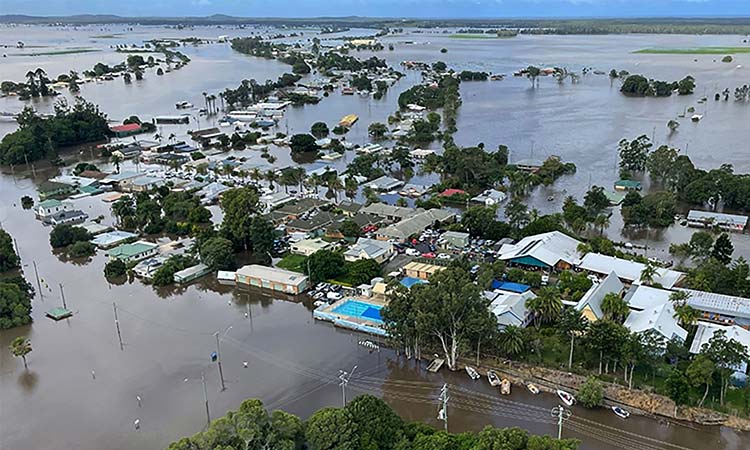