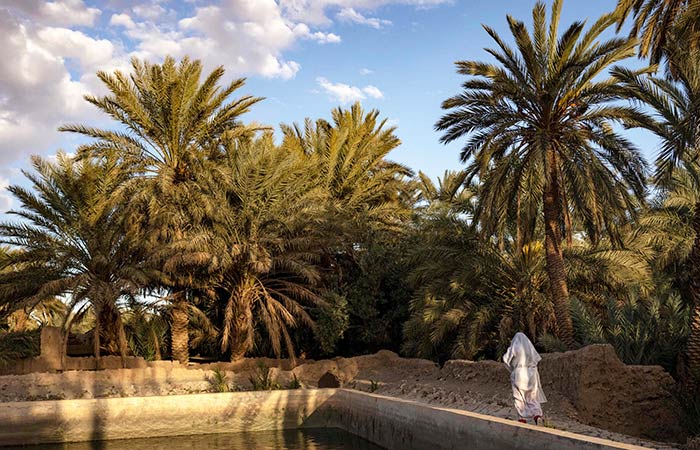 A woman walks in the oasis town of Figuig. AFP

Authorities of Algeria ejected Moroccan farmers from an isolated oasis on the Algerian border that contains date groves they have worked on for generations.

The border between the arch-rivals has been closed since 1994 but Algeria had allowed some residents of the Moroccan frontier town of Figuig to cross into the date groves of Al-Arja, known to Algerians as the Laaroda oasis.

Recently, Algeria banned the Moroccans from accessing the place, deploying soldiers to ensure they stay out.

"Everybody feels wronged, agriculture is the only resource we have. There's no work here, no factories, "said Mohamed Jabbari, an unemployed 36-year-old who joined a protest in Figuig against the move.

According to Algeria, the decision was made because farmers do not comply with the regulations and drug-trafficking gangs have been disrupting the area. 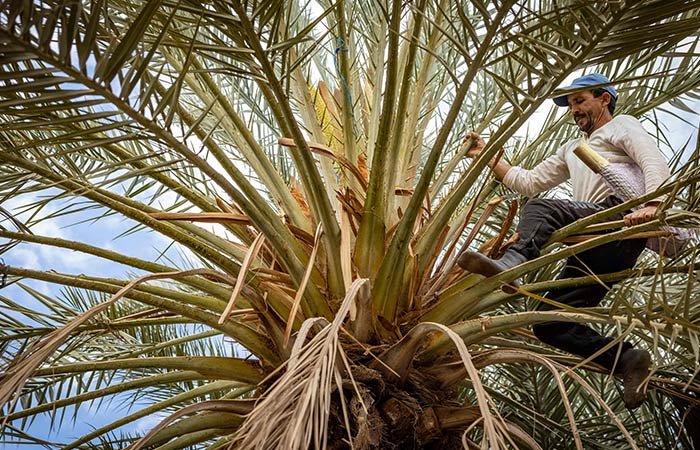 A worker climbs a palm tree in the oasis town of Figuig. AFP

The expulsions coincide with a rise in tensions between the two countries in recent months over disputed Western Sahara.

The oasis, a three-hour drive to the nearest towns of Oujda and Errachidia, struggles to attract tourists.

Making date farming the only source of income for residents. The farmers have planted dates beyond the wadi, or valley, that marks the border, taking advantage of the area's groundwater.

The area evacuated this week covers around 1,500 hectares (around 3,700 acres) and includes sought-after Aziza date palms. 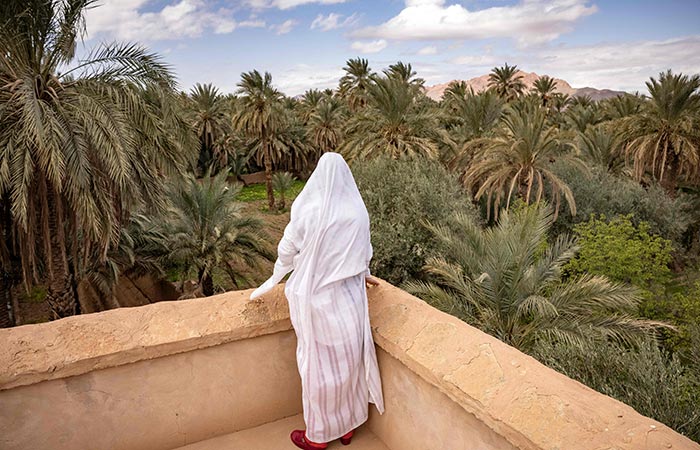 A woman overlooking the oasis town of Figuig. AFP

For Abdelmalik Boubekri, the sudden expulsion has snatched away the livelihood in his family for three generations.

"Algeria and Morocco have let us farm with no problems and now we don't know who to turn to," the 71-year-old said.

He said he'd had to abandon 30,000 trees, some planted by his grandfather.

Boubekri claims a ‘historic right’ to his land, like many others, brandishing a document dating back to 1939.

The last evictions by the Algerian authorities took place in 1975, coinciding with the so-called Green March that saw thousands of Moroccans cross into Western Sahara to lay claim to the mineral-rich former Spanish colony.