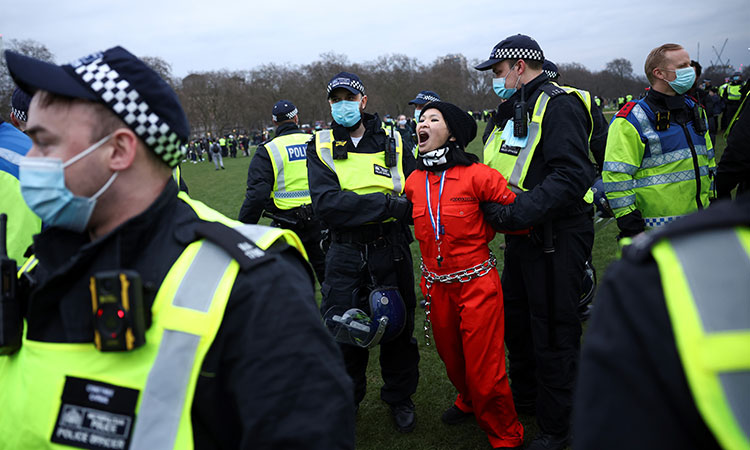 Police officers detain a person during a protest against the lockdown in London. Henry Nicholls/Reuters

Thousands of protesters angry at Covid-19 restrictions rallied in cities across Europe on Saturday as several nations reimposed partial lockdowns to fight new surges in infections.

Scuffles broke out on Saturday after thousands turned out in the British capital to protest against ongoing coronavirus lockdown restrictions, with the city's police force in the spotlight over its officer's conduct after a series of recent incidents.

The coronavirus, which has killed more than 2.7 million people, has been spreading faster recently, with the number of new infections up globally by 14 per cent in the last week, according to AFP data.

Anti-lockdown protesters marched through central London as Metropolitan Police Service said it had made 36 arrests, most for breaching months-old virus regulations that outlaw leaving home except for a limited number of reasons.

That has forced governments to impose social distancing and movement restrictions again, even as vaccines are rolled out, with residents in Poland, parts of France, and Ukraine's capital the latest to face fresh curbs.

But populations have grown increasingly weary of the economically painful restrictions, and frustrations spilled over in cities across Europe with thousands marching in Germany, Britain and Switzerland. 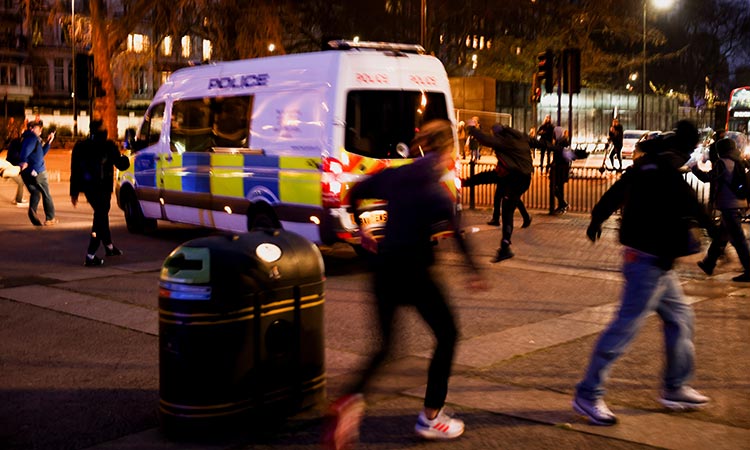 A person kicks a police vehicle during a protest against the lockdown in London on Sunday. Reuters

Police said the arrests, most for COVID regulation breaches, after up to 10,000 people gathered holding banners with slogans such as "Stop Destroying Our Kids' Lives" and "Fake Pandemic". Crowded close to one another, protesters also set off flares.

Several thousand people were estimated to have gathered for the demonstrations, which began Saturday lunchtime at Hyde Park.

After the crowd marched through central London, a group of around 100 returned to the park where police said they threw missiles at officers.

"Several were injured as a result of targeted assaults," Deputy Assistant Commissioner Laurence Taylor, who led the policing operation, said in a statement.

"It is totally unacceptable and saddening that officers enforcing regulations that are there to protect us all were the victims of violent attacks." 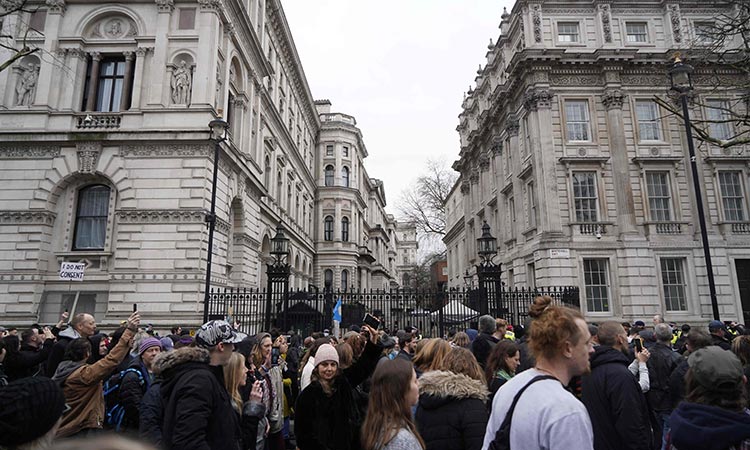 England's Covid-19 lockdown measures have been in place since early January, when Britain saw a surge in infection rates, hospitalisations and deaths.

The situation has improved markedly since then, and Prime Minister Boris Johnson last month outlined a gradual easing of the restrictions, with the stringent stay-at-home order set to end later this month.

Anti-lockdown demonstrations by hundreds or even thousands have occurred regularly during the pandemic, often resulting in a small number of arrests. 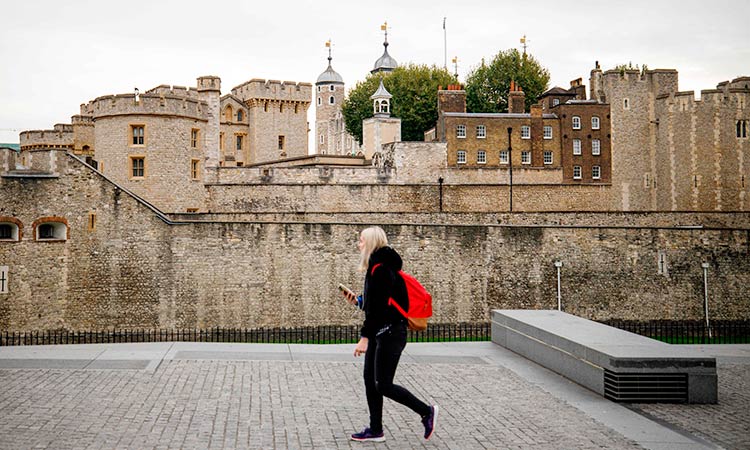 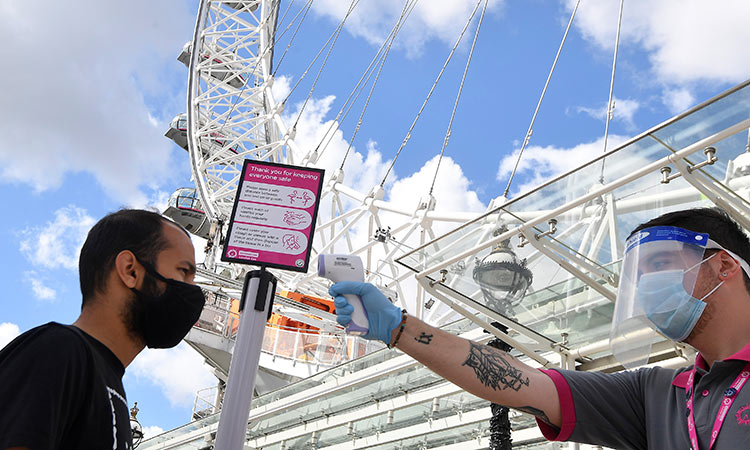