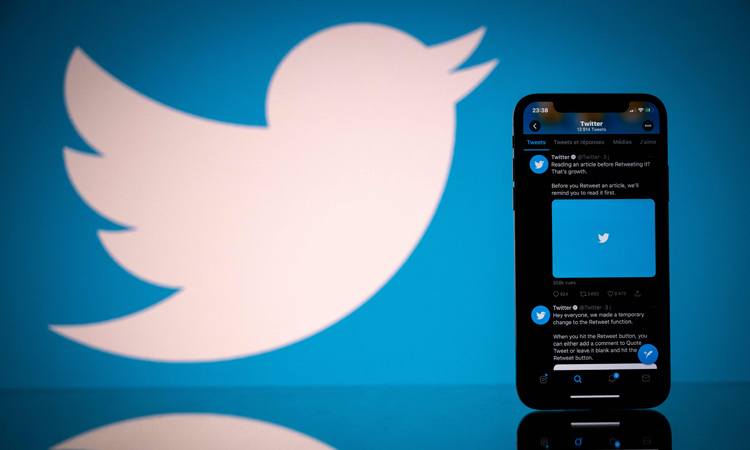 This photograph shows the logo of Twitter displayed on the screen of a smartphone and a tablet in Toulouse, southern France. AFP

The short Tweet on March 21, 2006 by the Twitter CEO is now being sold at auction, with bidding reaching $2.5 million.

It has been a long, strange journey for the social network, which in January deleted former president Donald Trump's account after he was blamed for inciting the violent insurrection on the US Capitol in January by extremist supporters seeking to overturn his election loss.

The banning of a head of state from the platform was both welcomed and denounced in a sign of the thin line Twitter and other social media networks often try to walk between neutrality, freedom of expression, and moderation and prevention of abuse.

Bidding on Dorsey's Tweet ends later Sunday. He has said he will donate the funds to charity.

Dorsey's Tweet will be sold as an NFT, or a non-fungible token.

NFTs use the same blockchain technology behind cryptocurrencies to turn anything from art to sports trading cards into virtual collector's items that cannot be duplicated.