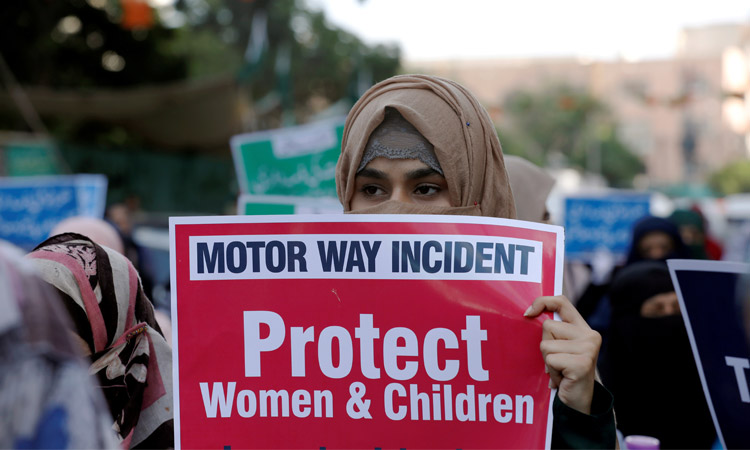 An activist carries a sign against a gangrape that occurred along a highway, and to condemn the violence against women, during a demonstration in Karachi. File / Reuters

A court on Saturday sentenced two men to death over the gangrape of a French-Pakistani mother, lawyers said, an attack that prompted nationwide protests and tough new anti-rape legislation.

The woman was attacked in September last year in front of her small children on the side of a motorway after her car ran out of fuel near the southern city of Lahore.

An outpouring of anger was further fuelled by a police chief who chided the victim for driving at night without a male companion.

“They’ve both been handed the death penalty,” Chaudhry Qasim Arain, a lawyer for both men, said after the verdict and sentencing hearing. 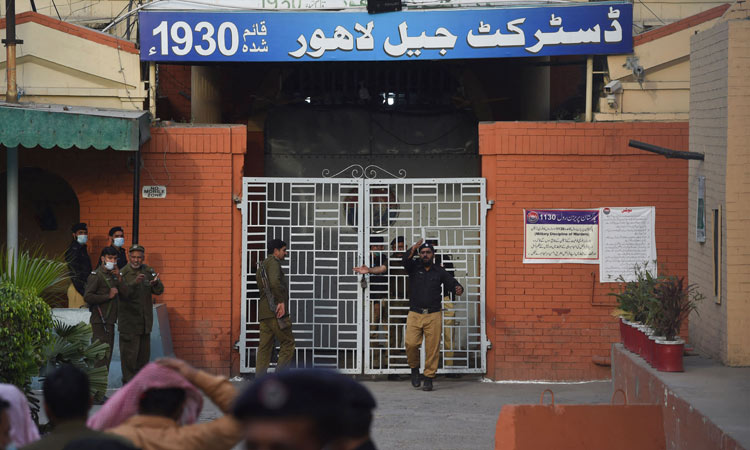 A policeman gestures during the gangrape case hearing at the entrance of the district jail in Lahore. AFP

The two men would appeal the decision, announced at an anti-terrorism court in Lahore.

The attack and the subsequent demands for better protection of women prompted the government to introduce new legislation, including the establishment of special courts to speed up rape trials and the chemical castration of serial rapists.

Chemical castration of rapists involves using drugs to reduce a person’s libido. It was backed by the Prime Minister Imran Khan but activists said it was unclear how it would act as a deterrent.

At the time of the gangrape, Lahore police chief Umar Sheikh repeatedly berated the victim for driving at night without a man, adding that no one in Pakistani society would “allow their sisters and daughters to travel alone so late.”

Sheikh went on to say the woman — a resident of France — probably “mistook that Pakistani society is just as safe” as her home country.

VIDEO: Angry mob burns down house of man suspected of raping and killing a 7-year-old girl in Pakistan

Pakistani police have arrested the main accused in the 7-year-old girl rape and murder case in Khyber tribal region.