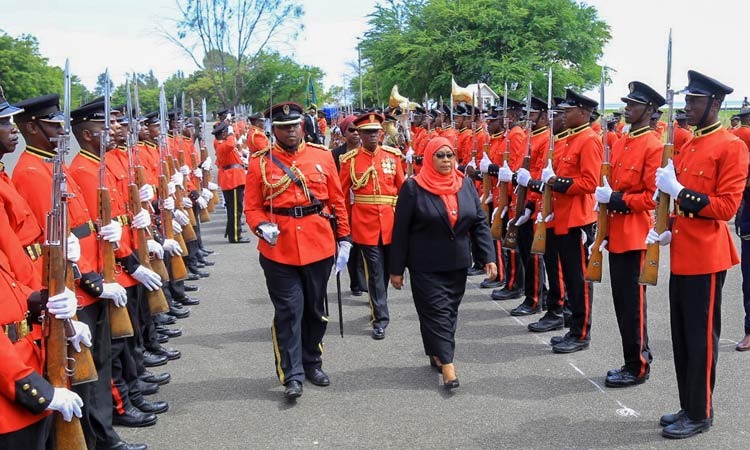 President Samia Suluhu Hassan (centre-right) inspects the guard of honour after being sworn in at a ceremony in Dar es Salaam on Friday. AP

President His Highness Sheikh Khalifa Bin Zayed Al Nahyan has congratulated Samia Suluhu Hassan for taking the oath of office as President of the United Republic of Tanzania.

Earlier during the day Suluhu Hassan said the country should unite and avoid pointing fingers after the death of John Magufuli, her COVID-19 sceptic predecessor, urging the east African country to look forward with hope and confidence.

Wearing a red hijab, she took her oath of office on the Holy Quran in a ceremony at State House in the commercial capital Dar Es Salaam. She is the first female head of state in the country of 58 million.

Vice president since 2015, Hassan gave a brief and sombre address after she was sworn in, addressing a heavily male crowd that included two former presidents and uniformed officers.

"This is a time to bury our differences, and be one as a nation," she said. "This is not a time for finger pointing, but it is a time to hold hands and move forward together." 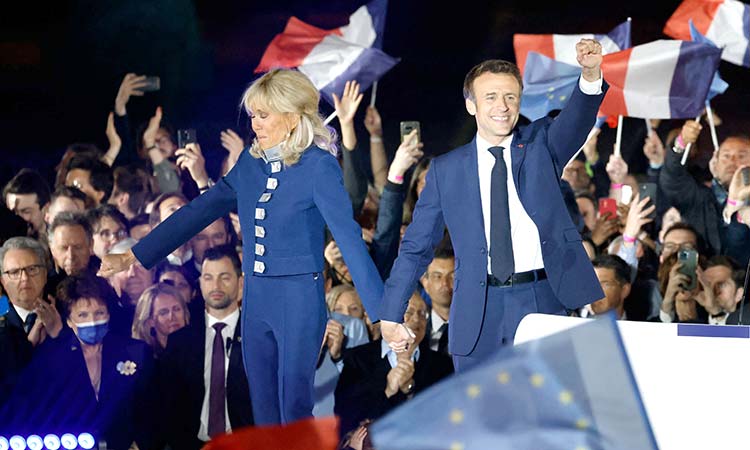 Sheikh Khalifa wished the French President continued success in achieving more progress and prosperity for the people of France, stressing the UAE's keenness to continue developing relations between the two countries.