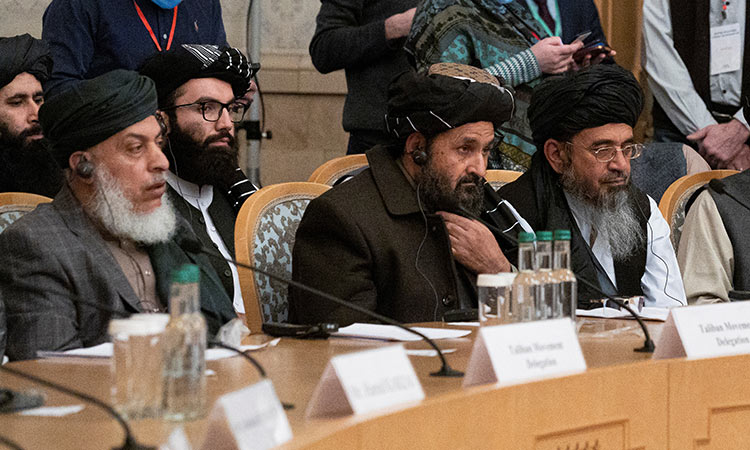 The Afghan government and the Taliban have agreed to accelerate peace talks after Russia hosted an international conference aimed at reviving a stalled peace process, the RIA news agency reported on Friday, citing a senior Afghan official.

The move comes after Russia, the United States, China and Pakistan called on Afghanistan's warring sides to reach an immediate ceasefire.

'Takes one to know one': Putin mocks Biden over 'killer' comment

Russia hosted a peace conference for Afghanistan on Thursday, bringing together government representatives, the Taliban and international observers in a bid to help jump-start the country's stalled peace process. 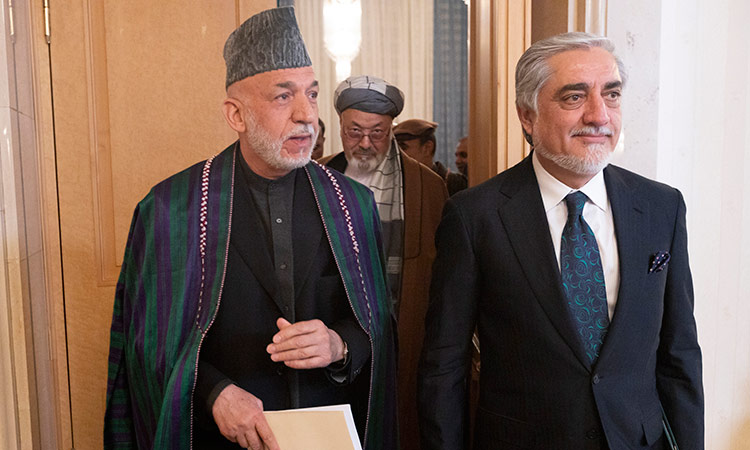 The one-day gathering was the first of three planned international conferences ahead of a May 1 deadline for the final withdrawal of US and NATO troops from the country, a date fixed under a year-old agreement between the Trump administration and the Taliban.

Just six weeks before a deadline for the United States to pull out troops that have been in Afghanistan for nearly 20 years, Washington sent a senior official for the first time to participate in regional peace talks convened by Russia.

The Moscow talks were meant to breathe life into negotiations between the Afghan government and the Taliban in Qatar's capital Doha, stalled over government accusations that the insurgents have done too little to halt violence. 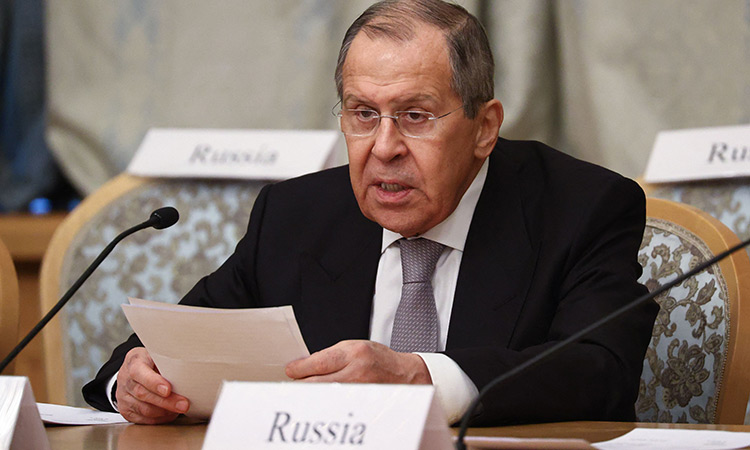 "We hope that today's talks will help achieve progress in the inter-Afghan talks,” Russian Foreign Minister Sergey Lavrov said at the start of the meeting.

Moscow, which fought a 10-year war in Afghanistan that ended with Soviet troops’ withdrawal in 1989, has made a diplomatic comeback as a mediator in Afghanistan, reaching out to feuding factions as it jockeys with the US for influence in the country. In 2019, it hosted talks between various Afghan factions.

Lavrov on Thursday urged the Afghan government and the Taliban to take a constructive stance and make compromises, adding that international participants should help create the necessary conditions for reaching a deal.

"The Afghan parties interested in the national reconciliation can reach peace only through negotiations and compromises,” Lavrov said. "It's important to sign an agreement that would serve the interests of all key ethnic and political forces of the country and determine the vector of its development.”

He emphasized that it was important to quickly reach a peace deal "amid the deteriorating military-political situation” before the summer, when an upsurge in fighting is likely. 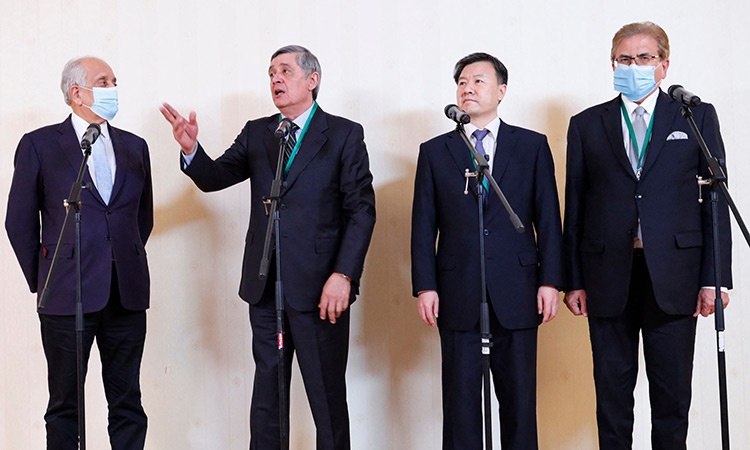 In a statement issued after the talks, Russia, the US, China and Pakistan called on the warring parties to reduce the level of violence in the country - and specifically urged the Taliban not to pursue a spring offensive.

"We urge participants in the intra-Afghan negotiations to engage immediately in discussions on fundamental issues to resolve the conflict, including the foundations of the future peaceful and stable Afghan state, the content of a political roadmap leading to an inclusive government, and the modalities of a permanent and comprehensive ceasefire.”

Any peace agreement, they said, should "include protections for the rights of all Afghans, including women, men, children, victims of war, and minorities, and should respond to the strong desire of all Afghans for economic, social and political development including the rule of law.”

The joint statement emphasized the four countries do not support the restoration of an Islamic emirate in Afghanistan like during the Taliban rule.

Zamir Kabulov, Russian President Vladimir Putin’s special envoy for Afghanistan, told reporters that the Afghan participants in the talks showed willingness to negotiate peace. adding they will have more meetings in Moscow.

The US invaded Afghanistan in 2001, following the Sept. 11 terrorist attacks masterminded by Al Qaeda leader Osama Bin Laden who was sheltered by the Taliban. The invasion toppled the Taliban regime but the 20-year-war has made Afghanistan America's longest conflict.

Despite the US spending nearly $1 trillion, Al Qaeda is still present in Afghanistan, and an affiliate of the Daesh group has taken root in the east of the country. Many Afghans fear the withdrawal of US and NATO troops could lead to an upsurge in fighting between the country's rival factions.