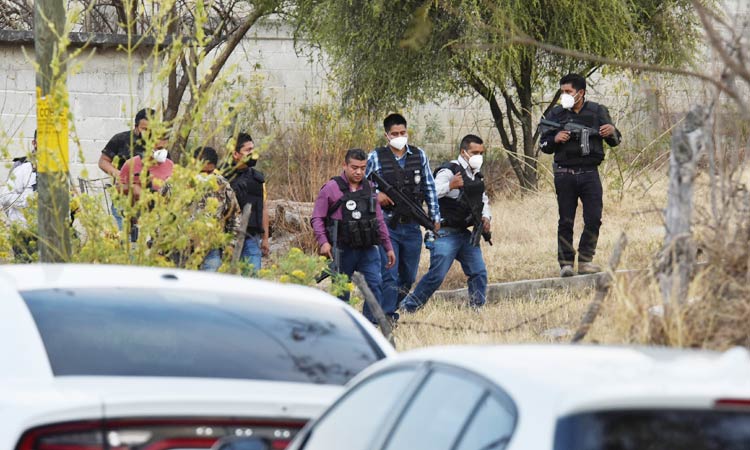 Police officers work at a crime scene where gunmen killed at least 13 Mexican police officers in an ambush, in Coatepec Harinas, Mexico. Reuters

Gunmen killed at least 13 Mexican police in an ambush a short distance outside the capital on Thursday, local authorities said, in one of the worst mass slayings of security forces to rock the country in recent years. 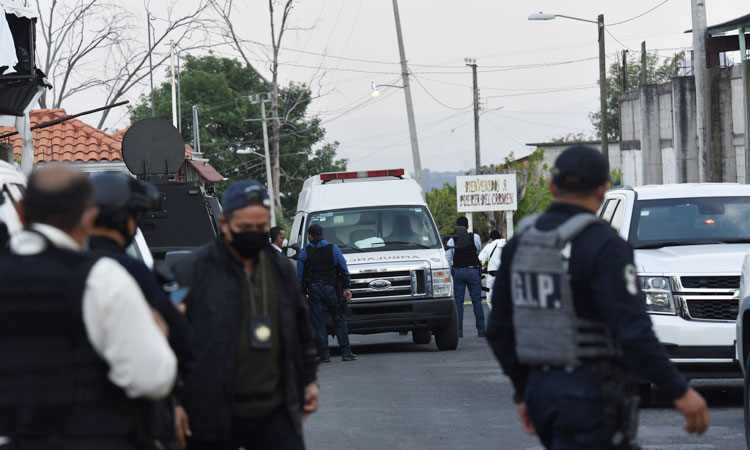 An ambulance is surrounded by police officers at a crime scene in Coatepec Harinas, Mexico. Reuters

The convoy of security personnel was attacked in broad daylight by suspected gang members in the Llano Grande area in the municipality of Coatepec Harinas as it patrolled the area, said Rodrigo Martinez-Celis, security minister for the State of Mexico.

Eight of the slain officers were state police, while five other were police assigned to the state prosecutor’s office.

The area is southwest of Mexico City and about 40 miles (64 km) south of the city of Toluca, the capital of the populous State of Mexico, which surrounds much of the capital.

“This attack is an affront to the Mexican state. We will respond with all force and support of the law,” the minister said in an address to the media.

Mexico’s National Guard militarized police and the armed forces are searching by land and air for the perpetrators.

It was unclear how many suspected criminals were killed or wounded in the incident, or if it involved any of the country’s main drug cartels. 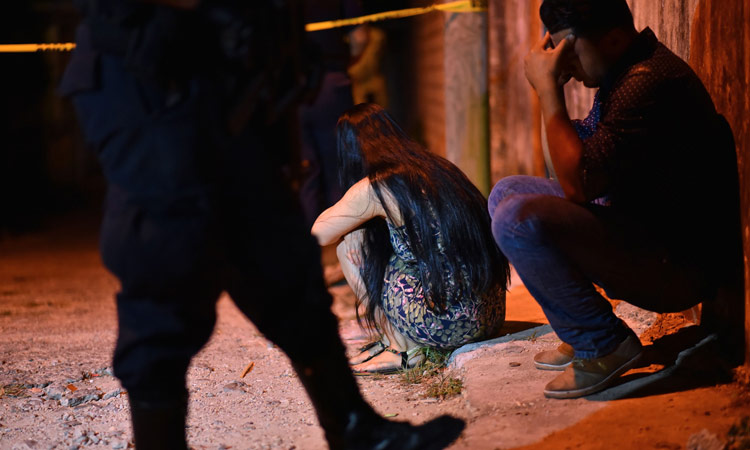