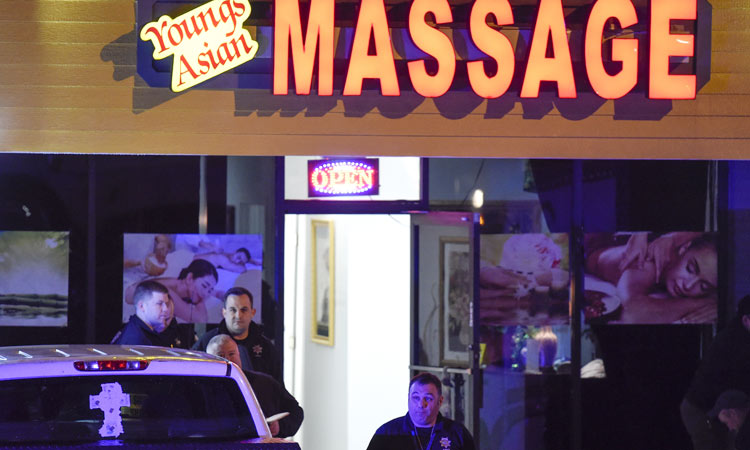 Authorities investigate a fatal shooting at a massage parlour in Woodstock, Georgia. AP

Shootings at two massage parlours in Atlanta and one in the suburbs on Tuesday evening left eight people dead, many of them women of Asian descent, authorities said. A 21-year-old man suspected in the shootings was taken into custody in southwest Georgia hours later after a manhunt, police said.

The attacks began around 5pm, when five people were shot at Youngs Asian Massage Parlor in a mall near a rural area in Acworth, about 30 miles (50 kilometres) north of Atlanta, Cherokee County Sheriff’s Office spokesman Capt. Jay Baker said. Two people died at the scene and three were transported to a hospital where two of them also died, Baker said.

Authorities were not immediately releasing the gender or race of the victims, Baker said. No one was arrested at the scene. 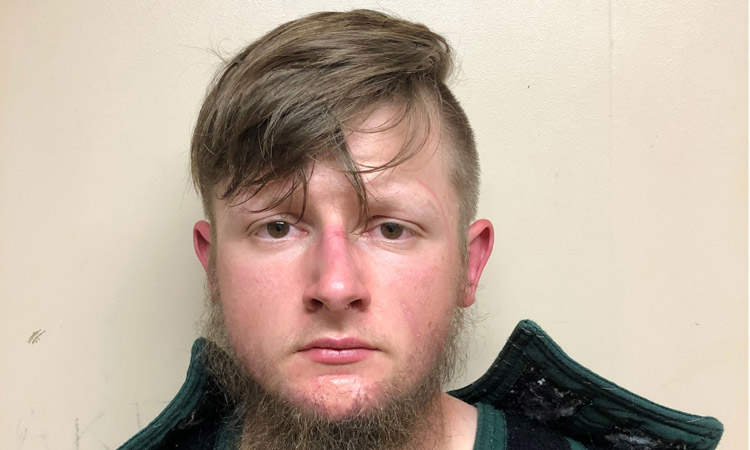 Around 5:50pm, police in the Buckhead neighbourhood of Atlanta, responding to a call of a robbery in progress, found three women dead from apparent gunshot wounds at Gold Spa. While they were at that scene, they learned of a call reporting shots fired at another spa across the street, Aromatherapy Spa, and found a woman who appeared to have been shot dead inside the business.

“It appears that they may be Asian,” Atlanta Police Chief Rodney Bryant said.

The killings came amid a recent wave of attacks against Asian Americans that coincided with the spread of the coronavirus across the United States.

A man suspected in the Acworth shooting was captured by surveillance video pulling up to the business around 4:50pm. Tuesday, minutes before the attack, authorities said. Baker said the suspect, Robert Aaron Long, of Woodstock, was taken into custody in Crisp County, about 150 miles (240 kilometres) south of Atlanta.

Baker said they believe Long is also the suspect in the Atlanta shootings.

Police said video footage showed the suspect’s vehicle in the area of the Atlanta spas about the time of those attacks as well. That, as well as other video evidence, “suggests it is extremely likely our suspect is the same as Cherokee County’s, who is in custody,” Atlanta police said in a statement. Atlanta and Cherokee County authorities were working to confirm the cases are related.

Crisp County Sheriff Billy Hancock said in a video posted on Facebook that his deputies and state troopers were notified around 8pm that a murder suspect out of north Georgia was headed toward their county. Deputies and troopers set up along the interstate and “made contact with the suspect,” who was driving a 2007 black Hyundai Tucson, around 8:30pm, he said.

A state trooper performed a PIT, or pursuit intervention technique, maneuver, “which caused the vehicle to spin out of control,” Hancock said. Long was then taken into custody “without incident” and was being held in the Crisp County jail for Cherokee County authorities who were expected to arrive soon to continue their investigation.

Due to the shootings, Atlanta police said they dispatched officers to check nearby similar businesses and increased patrols in the area. 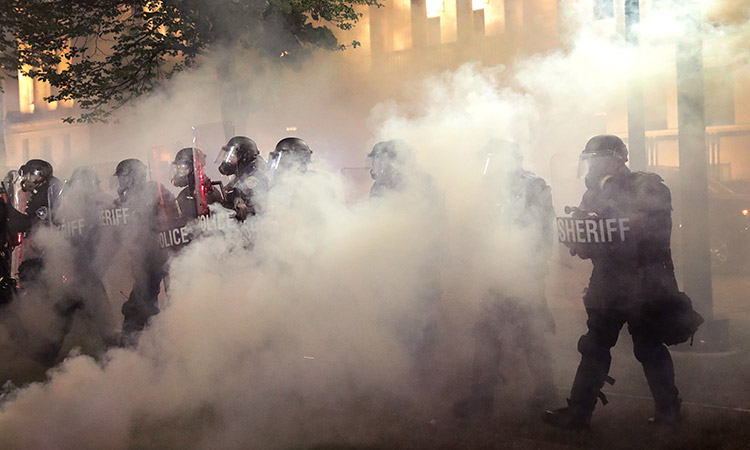 One dead, two injured in US protest shootings

The violence occurred as hundreds of protesters marched for a third night in anger after Jacob Blake was seen in video being shot up to seven times at point-blank range by a white Kenosha police officer on Sunday. 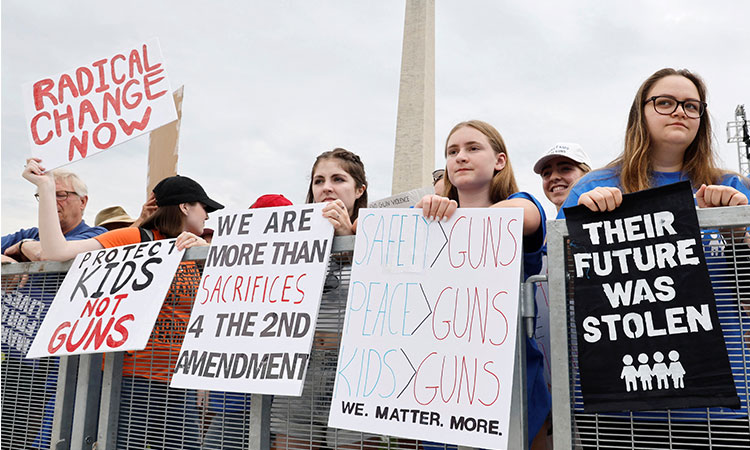 I join them by repeating my call to Congress: do something, tweets President Joe Biden; your inaction is killing Americans, say organisers of demonstrations across the US. 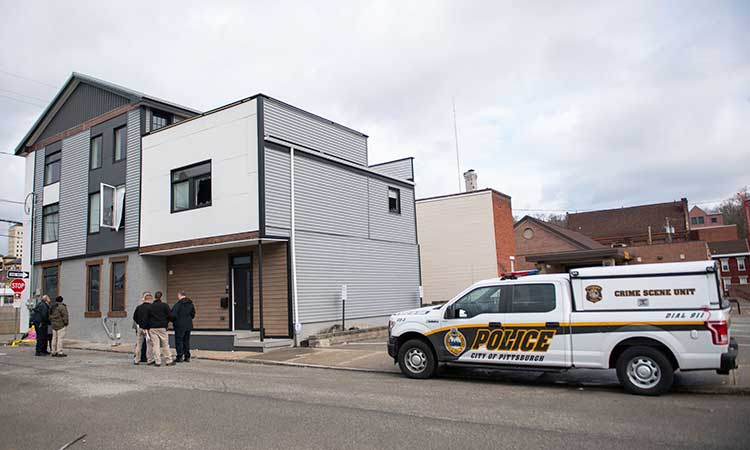 US rocked by 3 mass shootings during Easter weekend; 2 dead

Two male gunshot victims died at the hospital. The Allegheny County Medical Examiner’s Office identified them as Jaiden Brown and Mathew Steffy-Ross, both 17.