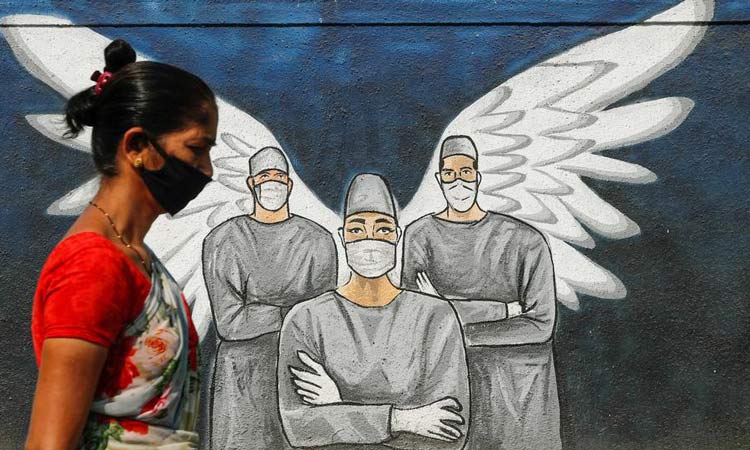 A woman wearing a protective mask walks past a graffiti amidst the spread of the coronavirus disease (COVID-19) on a street in Navi Mumbai, India. File/ Reuters

India reported 24,492 new coronavirus cases on Tuesday, the sixth straight day of more than 20,000 infections, as curbs to try to stop the spread of COVID-19 were expanded in parts of the country that have recorded a surge. 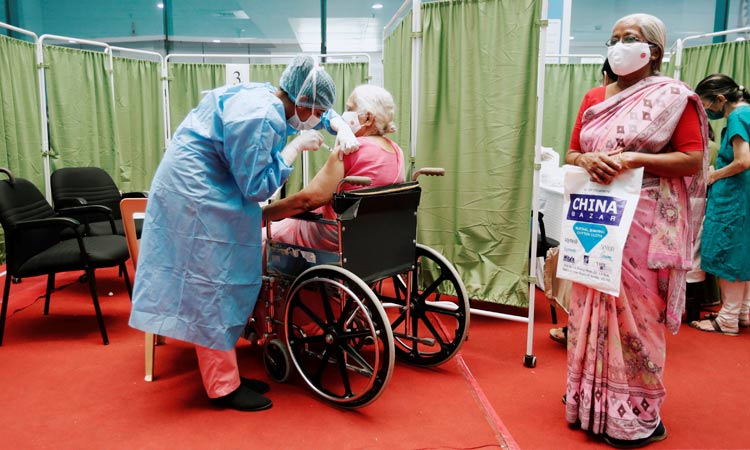 A woman on a wheelchair receives a dose of COVISHIELD in Mumbai, India. File/Reuters

The government has blamed crowding and a general reluctance to wear masks for the spike, ruling out mutations of the virus as a factor, unlike in the West.

India’s worst affected state, Maharashtra, on Monday ordered cinemas, hotels and restaurants to limit guests to half of capacity until the end of the month. Weddings and other social events will also have limited attendance.

Maharashtra has also locked down some districts. 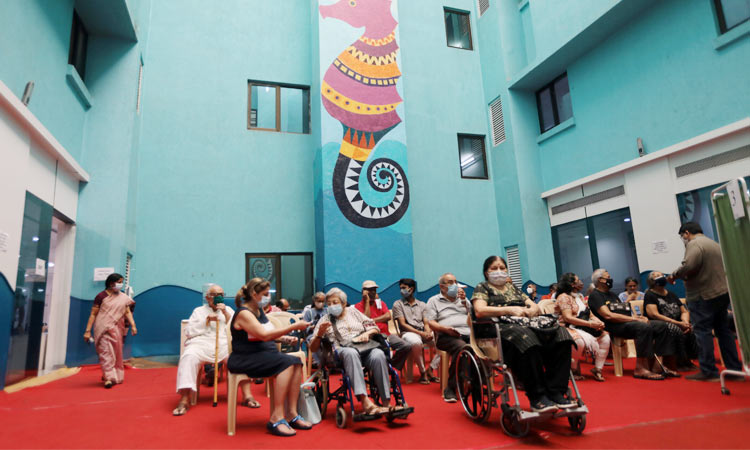 People wait at an observation area after receiving a dose of COVISHIELD in Mumbai, India. File/Reuters

Another western state, Gujarat, has also decided to not allow fans into the world’s biggest cricket stadium hosting international matches between India and England, after seeing a spurt in cases.

The initial matches were attended by tens of thousands of people sitting or standing shoulder to shoulder, with few wearing masks, leading to widespread criticism on social media.

India has vaccinated nearly 26 million people since beginning its inoculation campaign in mid-January. The country aims to vaccinate 300 million of its 1.35 billion people by August.

"The situation is horrible. We are a 900-bed hospital, but there are about 60 patients waiting and we don't have space for them," said Avinash Gawande, an official at the Government Medical College and Hospital in Nagpur.