17th edition of DIHAD with focus on Africa opens in Dubai 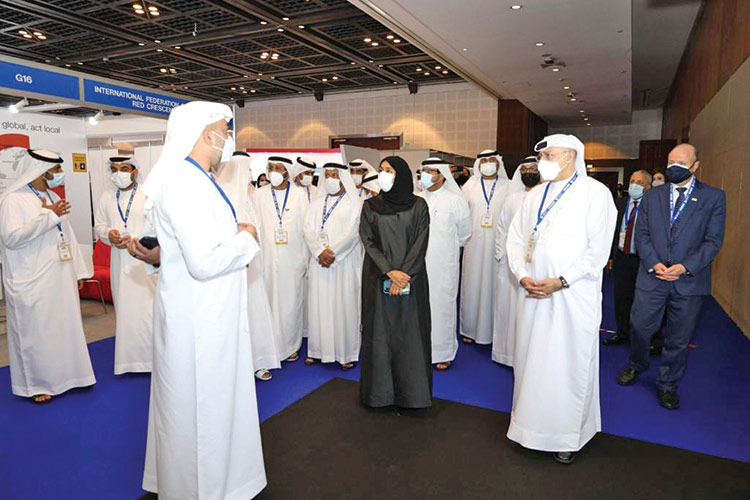 The 3-day exhibition with a series of conferences started under the patronage of His Highness Sheikh Mohammed Bin Rashid Al Maktoum, Vice President and Prime Minister of the UAE and Ruler of Dubai while Hessa Bint Essa Buhumaid, Minister of Community Development, officially inaugurated the DIHAD.

The event being held under the theme ‘Aid and Coronavirus, a Focus on Africa’, the 3-day premier humanitarian gathering in Dubai is highlighting the current calamities facing the continent of Africa, and exploring ways to address and resolve them.

Following, Rashid Mubarak Al Mansouri, Adviser of Local Aid, speaking on behalf of His Highness Sheikh Hamdan Bin Zayed Al Nahyan, President of the Emirates Red Crescent Authority; said: “(DIHAD) is an excellent opportunity to draw the features of the future vision of our joint relief and humanitarian efforts, and to put a new imprint on the path of humanitarian road followed by the United Arab Emirates under the leadership of His Highness Sheikh Khalifa Bin Zayed Al Nahyan, President of the United Arab Emirates, — may God protect him, and the support of His Highness Sheikh Mohammed Bin Rashid Al Maktoum, Vice President, Prime Minister of the UAE and Ruler of Dubai, — May God protect him, and the initiatives of His Highness Sheikh Mohammed Bin Zayed Al Nahyan, Crown Prince of Abu Dhabi and Deputy Supreme Commander of the UAE Armed Forces. The UAE has paved the road for this through extended efforts and initiatives that put an end to many important humanitarian issues, and made the required difference in the level of rapid intervention and care while facing the challenges that haunt humanity and impede its march towards achieving the desired stability and development.”

The speech of His Highness Sheikh Hamdan Bin Zayed Al Nahyan also included: “The importance of this edition of DIHAD from the fact that it discusses a fundamental issue related to strengthening the capacity of the African arena to confront the Corona pandemic, and to help it recover and overcome its humanitarian and development crises in various fields. The UAE realized early on its duty towards the different countries of the world that face great challenges due to the outbreak of the pandemic, and strengthened its humanitarian response to it, and since the emergence of the crisis, it has provided medical aid and preventive supplies to 134 countries around the world, from which 1.8 million medical personnel on the front lines have benefited. These aid 1,789 tonnes of medical supplies, and dozens of African countries had the lion’s share of this aid.”

Hamad Al Sheikh Ahmed Al Shaibani, Director General of the Islamic Affairs and Charitable Activities Department (IACAD) - Dubai, delivered his speech and said: “The United Arab Emirates has become a humanitarian hub that attracts individuals from across the world, as we can see today in our meeting during the inauguration of the 17th edition of the Dubai International Humanitarian Aid and Development Conference and Exhibition - DIHAD, under the theme “Aid and Coronavirus, a Focus on Africa”. He concluded: “Through this conference, Islamic Affairs and Charitable Activities Department (IACAD) in Dubai is pleased to announce the signing of an agreement with ‘Mohammed Bin Rashid University of Medicine and Health Sciences’, embodying the country’s most important strategic priorities in investing in research and medical sciences, as the agreement will open horizons and establish a solid foundation in the field of supporting and exploring scientific research.”

Tedros Adhanom Ghebreyesus, Director-General of the World Health Organisation (WHO) delivered his speech virtually, during which he stated: “The COVID-19 Pandemic has underscored that our fate as a global community is intertwined, and our collective resilience is only as strong as the weakest among us.” 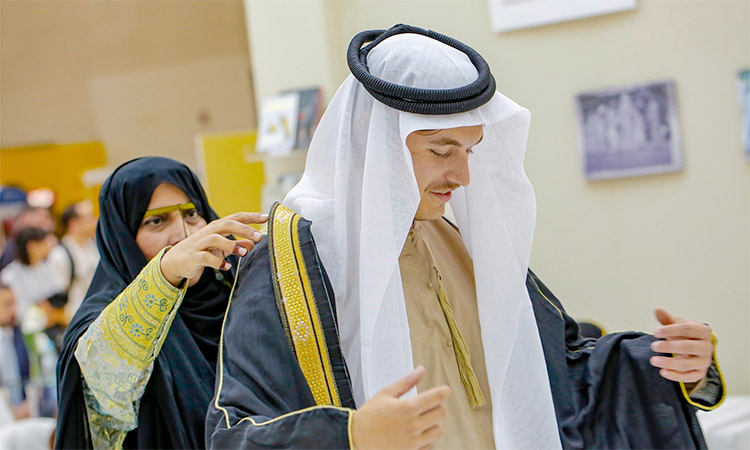