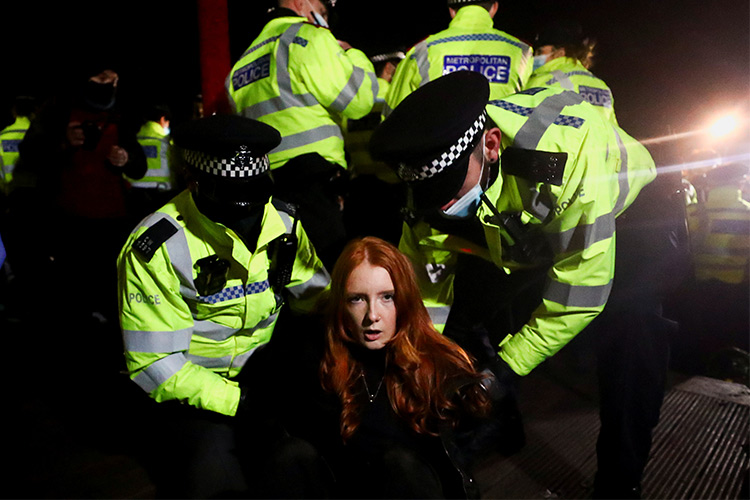 Police detain a woman as people gather at a memorial site in Clapham Common Bandstand.

Hundreds of people had gathered peacefully in Clapham Common to pay their respects to Sarah and to demand an end to male violence against women when Met police officers began to crack down on the event.

Video livestreamed from the vigil showed police officers forcibly removing women from a bandstand in the park, while officers could also be seen pushing back demonstrators at the event. 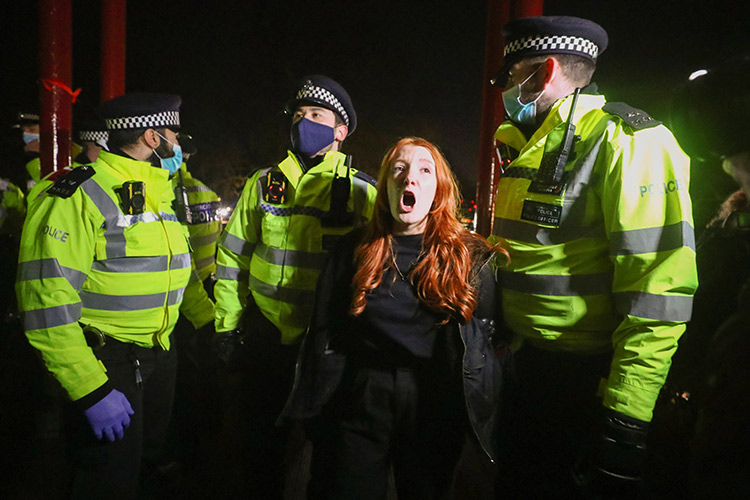 Police arrest a woman as people gather at a memorial site in following the kidnap and murder of Sarah Everard, in London.

Responding to the scenes from the event, Labour leader Keir Starmer called the crackdown “deeply disturbing”.

“Women came together to mourn Sarah Everard - they should have been able to do so peacefully,” he said.

Meanwhile London Mayor Sadiq Khan said the scenes were “unacceptable” said he was “urgently seeking an explanation” from the commissioner. 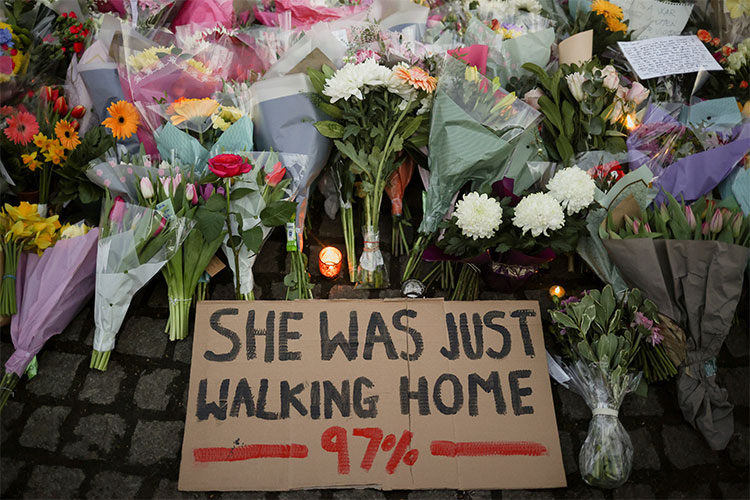 A sign is seen as people gather at a memorial site.

Home Office minister Victoria Atkins has demanded a report on yesterday’s police crackdown on the vigil for Sarah Everard.

Speaking on Sophy Ridge on Sunday, she called the scenes from last night “very upsetting” and said Home Secretary Priti Patel was taking them seriously.

She said Met Police Commissioner Cressida Dick had been asked to prepare a report on what unfolded last night.

Met Police Commissioner Cressida Dick is facing calls to resign over her department’s crackdown on the event.