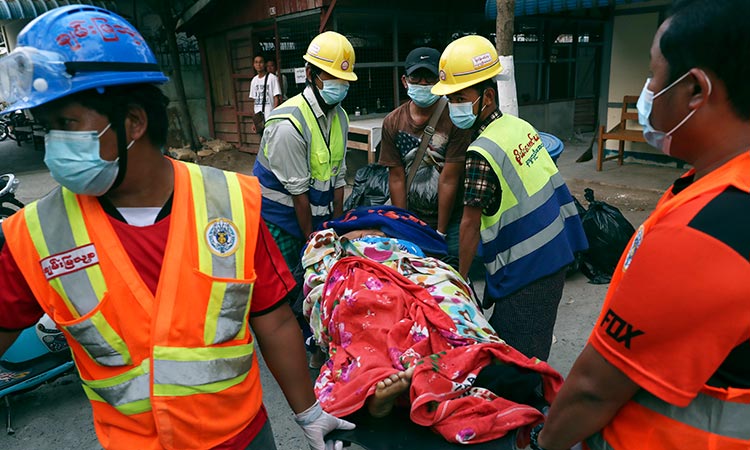 Members of a volunteer rescue team carry the body of a woman on a stretcher in Mandalay, Myanmar. AP

Myanmar security forces fired on pro-democracy demonstrators on Monday, witnesses said, a day after dozens of protesters were killed and attackers torched several Chinese-financed factories in the city of Yangon.

Myanmar's junta late Sunday imposed martial law in two densely populated Yangon townships after one of the deadliest days since the Feb.1 coup.

The junta has repeatedly justified its power grab by alleging widespread electoral fraud in November's elections, which Suu Kyi's National League for Democracy party won by a landslide. 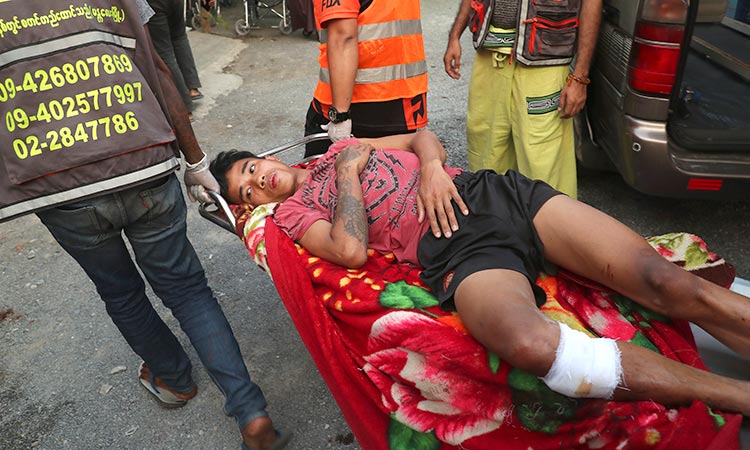 An injured man lies on a stretcher being carried by members of a volunteer rescue team in Mandalay, Myanmar. AP

The vast and impoverished townships are known as factory hubs and home to garment factories.

The junta "gives administrative and judicial martial law power to the Yangon regional commander... to perform security, maintain the rule of law and tranquility more effectively," said an announcer on state-run TV. 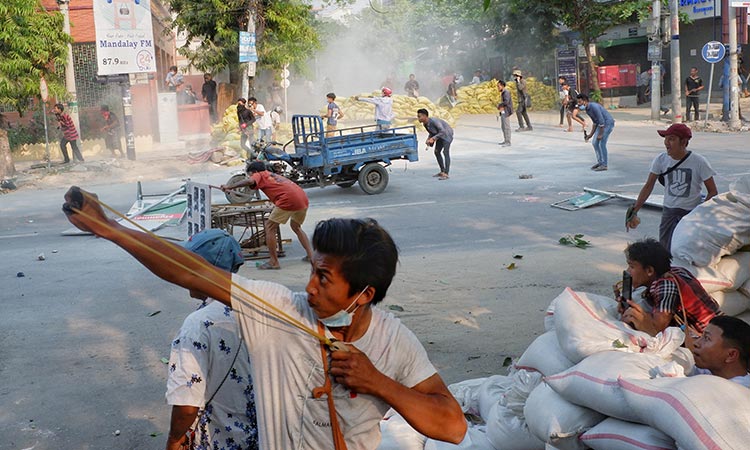 A man uses a slingshot during the security force crack down on anti-coup protesters in Mandalay, Myanmar. Reuters

Soldiers and police have in recent weeks been staging near-daily crackdowns against demonstrators calling for a return to democracy -- deploying tear gas and firing rubber bullets and live rounds to quell anti-coup protests.

In Hlaing Tharyar township police and soldiers clashed violently with protesters wielding sticks and knives who hid behind makeshift barricades.

Separately, the United Nations' envoy for Myanmar on Sunday strongly condemned "continuing bloodshed" after many protesters were killed in one of the deadliest days since the country's Feb.1 coup.

"The international community, including regional actors, must come together in solidarity with the people of Myanmar and their democratic aspirations," Christine Schraner Burgener said in a statement. 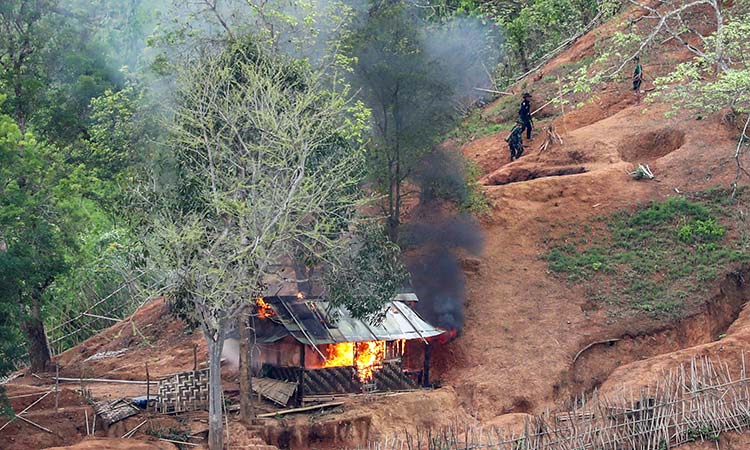