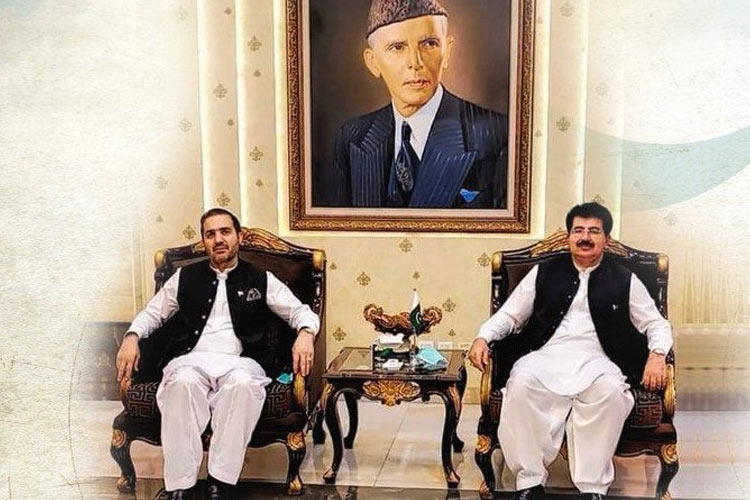 Sadiq Sanjrani (R) and Senator Mirza Mohammad Afridi pose for a photo at the parliament house in Islamabad.

Sanjrani secured 48 votes while Gilani bagged 42 votes. Seven ballots of Gilani were rejected as the voters had stamped on his name instead of the box on the ballot paper. Another ballot was rejected because the voter had stamped on the names of both contestants.

A total of 98 votes were cast. One Jamaat-e-Islami senator abstained as per the decision of his party. Pakistan Muslim League-Nawaz (PML-N) senator Ishaq Dar is abroad in connection with his treatment. The Senate comprises a total of 100 members. 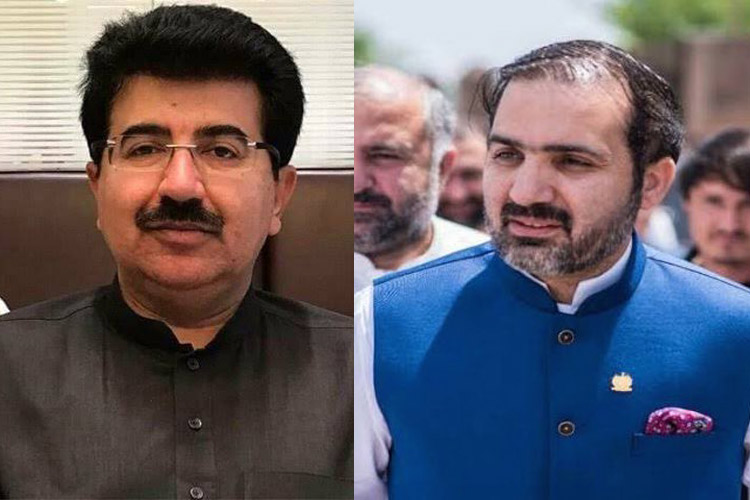 According to the official numerical position, the Pakistan Tehrik-e-Insaf (PTI) and its allies had 47 voters while the PDM’s strength was 51 senators. Sanjrani won the second term as the Senate chairman in a blow to the joint opposition.

The PDM challenged the result of the election after it was announced that seven votes cast in favour of Gilani were rejected.

However, presiding officer Syed Muzaffar Shah overruled their objection, saying the seven votes were rejected because they were not stamped correctly.

Immediately after announcement of the election, Sanjrani took oath as the Senate chairman, which was administered by the presiding officer.

Polling continued for two hours. An officer called out names of senators in alphabetical order who collected ballot papers from the staff and cast their votes at the polling booth.

The government benches burst into applause as Shah announced the result. Prime Minister Imran Khan’s aide Dr Shahbaz Gill said that the government has avenged the victory of Gilani in the election of the Islamabad seat of the Senate in which he had defeated the government nominee.

The opposition announced that the presiding officer’s decision about the rejected votes would be challenged in the election tribunal.

The Senate election, already marred with controversies, became murkier on Friday after “hidden” cameras were found in the polling booth ahead of voting for the chairman and deputy chairman slots.

The special session got off to a noisy start as the opposition, led by Pakistan Peoples Party (PPP) senator Raza Rabbani, claimed that “secret cameras” had been installed at the polling booth. “This is against Article 226 of the Constitution,” he said as chants of “shame, shame” emerged from the opposition.

The opposition demanded that an investigation be carried out into who was “in control of the Senate.”

The protest prompted the presiding officer to issue directives for changing the polling booth. “The current polling booth should be removed, another should be set up afresh,” he said.

PPP Senator Mustafa Nawaz Khokhar and Pakistan Muslim League-Nawaz (PML-N) Senator Musadiq Malik found the “spy cameras” above the polling booth, and showed them to all the senators present there.

Malik said in a tweet: “What a freaking joke. The Senate polling booth has secret/hidden cameras installed. So much for democracy.” He also claimed to have found another “hidden device” in the polling booth.

Photos of the “hidden cameras” were shared by Khokhar and Malik on their Twitter accounts.  “Myself and Dr Musadik found spy cameras right over the polling booth!!!!” Khokhar tweeted. In a separate tweet, he shared that they had also found a “pinhole camera” inside the polling booth.

Soon after sharing the pictures on social media, the senators held a press conference. Malik said that both of them were directed by their PML-N and PPP to check the polling booth before the election of the Senate chairman and deputy chairman. 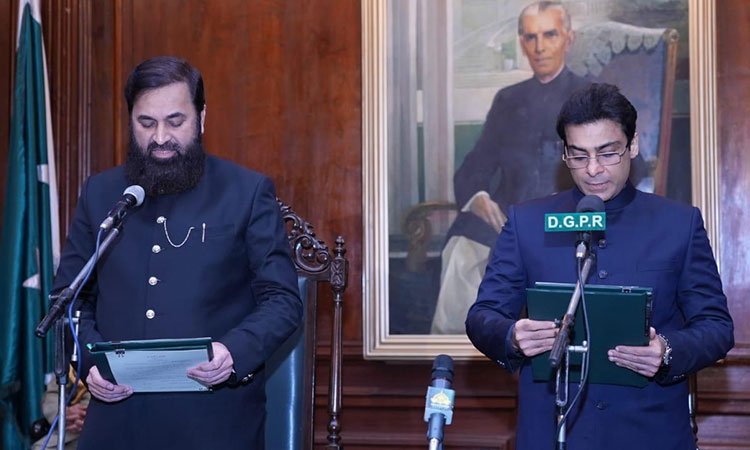 According to Mazari, Hamza received 179 votes whereas Elahi garnered 176 votes, but only after 10 votes of Elahi’s own party were not counted, which turned the tables in Hamza’s favour.