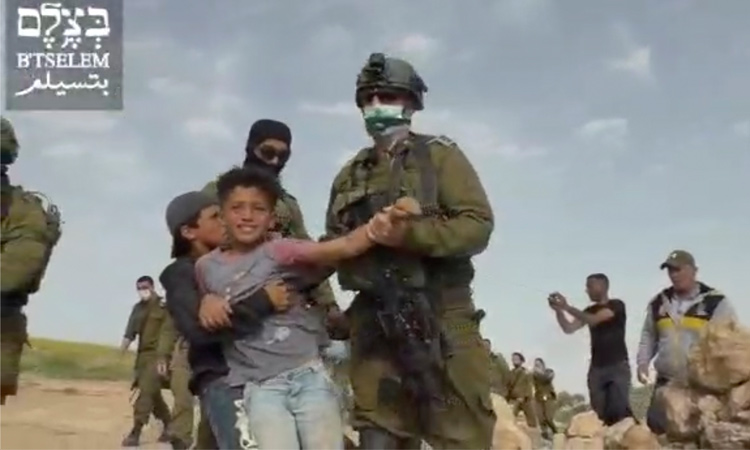 Israeli troops detained five Palestinian children for several hours after they were confronted by Israeli settlers while gathering wild artichokes near a settlement outpost in the occupied West Bank, an Israeli human rights group said.

"This is another example of the absolute disregard on the part of Israeli authorities and forces on the ground to the well-being and rights of Palestinians, no matter how young or vulnerable,” B'Tselem spokesman Amit Gilutz said. "The youngest boy from yesterday’s incident is 8 years old,” he added.

The children, whose ages range from 8 to 13, were held for around five hours, according to Gaby Lasky, a human rights lawyer who is representing them. The two oldest, who are 12 and 13, and therefore old enough to face charges, were ordered to return next week for more questioning.

Havat Maon is one of dozens of settler outposts established without Israeli government authorisation, in addition to some 130 officially recognised settlements.

The settlements, which range from remote hilltop outposts to full-fledged towns, are home to nearly a half million Israelis.

Lasky said it’s "crazy” to accuse the children of trespassing in an outpost that was built illegally.