Drug clan leader testifies he bribed Honduran president with $250,000 to prevent extradition to US - GulfToday

Drug clan leader testifies he bribed Honduran president with $250,000 to prevent extradition to US 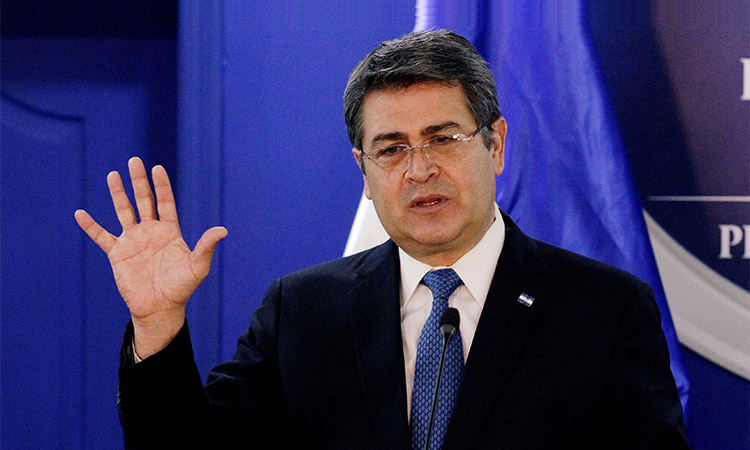 A Honduran drug clan leader testified in a New York court on Thursday that he paid Honduran President Juan Orlando Hernandez $250,000 in bribes to secure government contracts and protection from capture and extradition to the United States.

The money, which was paid in 2012 when Hernandez was head of Honduras’ Congress, was delivered in cash to the president’s now-deceased sister, Hilda, a leader of the Los Cachiros drug clan testified in the trial of alleged drug trafficker Geovanny Fuentes Ramirez.

“It was for protection so neither the military nor preventative police would arrest me or my brother in Honduras and so we would not be extradited to the United States,” Devis Leonel Rivera Maradiaga said.

Hernandez, who is listed as a co-conspirator in the indictment of Fuentes Ramirez, has repeatedly denied any involvement in drug trafficking. Fuentes Ramirez pleaded not guilty on Monday.

Rivera made a deal with the Drug Enforcement Administration in 2013 and turned himself in around two years later after the United States sanctioned shell companies Rivera said he owned. 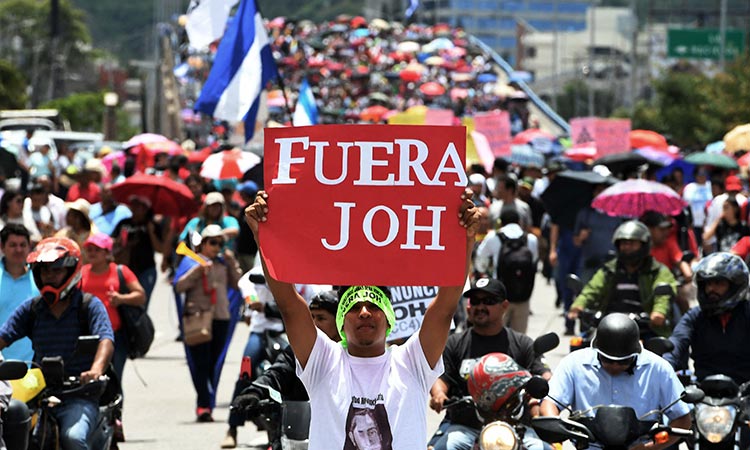 Rivera said the money paid to Hernandez was also to ensure the government would continue to give contracts for road construction so as “to continue laundering money from drug trafficking.”

He also said that he paid former President Mel Zelaya half a million dollars in 2006 to appoint his cousin to the post of security minister, an appointment that never materialised.

Hernandez was a key ally to the United States under both the Obama and Trump administrations, in both immigration and anti-narcotics operations in the region.

The allegations could complicate the efforts of the new US administration of President Joe Biden to address the causes of migration from Central America by investing $4 billion in the region, including Honduras.

In a series of tweets on Monday, Hernandez said that drug traffickers were giving false testimony against him to US authorities as revenge against his government and to reduce their own sentences. He said Honduras’ anti-narcotics cooperation would be harmed if US authorities believed them.

Prosecutors said Fuentes Ramirez began trafficking small amounts of drugs in 2009, but that it was not until 2013, when he partnered with Hernandez, then a presidential candidate, that his business started to “flourish.”

Prosecutors alleged that Fuentes Ramirez reported “directly to Tony Hernandez,” the president’s brother, who was convicted in a federal court in Manhattan of drug trafficking and related weapons charges in October 2019.

In that trial, US prosecutors said President Hernandez had accepted millions in bribes from drug traffickers.