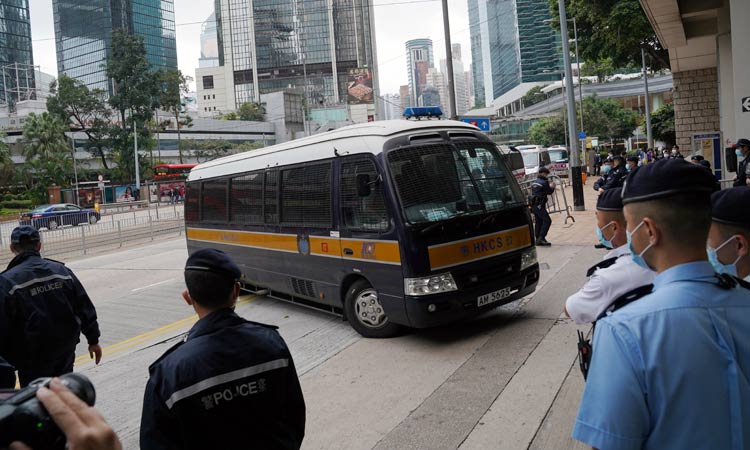 A police van arrives at the High Court before a court hearing on the appeal against the bail release of activists in Hong Kong, China. Reuters

Hong Kong’s High Court released on bail on Thursday one activist charged with conspiracy to commit subversion but remanded another in a widely monitored case that saw the most sweeping use yet of the city’s national security law.

The High Court was ruling on an appeal by prosecutors against a lower court’s decision to grant bail to the activists.

Foreign diplomats and rights groups are closely watching proceedings as concerns mount over the vanishing space for dissent in the former British colony, which has taken a swift authoritarian turn since the imposition of the law in June 2020. 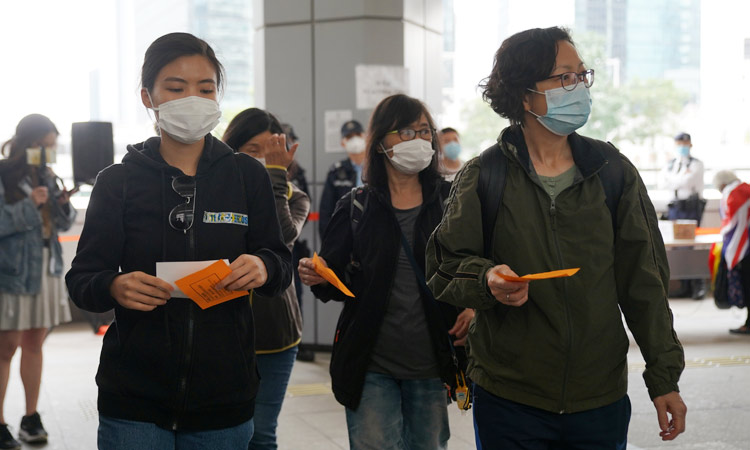 Supporters of activists hold public admission tickets for a court hearing on the appeal against the bail release of activists in Hong Kong, China. Reuters

The case offers an insight into how the security law drafted by Beijing clashes with the global financial hub’s common-law traditions, and could see activists held in custody for months until their trial begins.

In contrast with past practice, the new security law puts the onus on defendants to prove they will not pose a security threat if released on bail.

A lower court granted 15 activists bail last week after marathon hearings of 47 opposition figures, which stretched into the night for four consecutive days and saw some of the defendants falling ill and hospitalized. 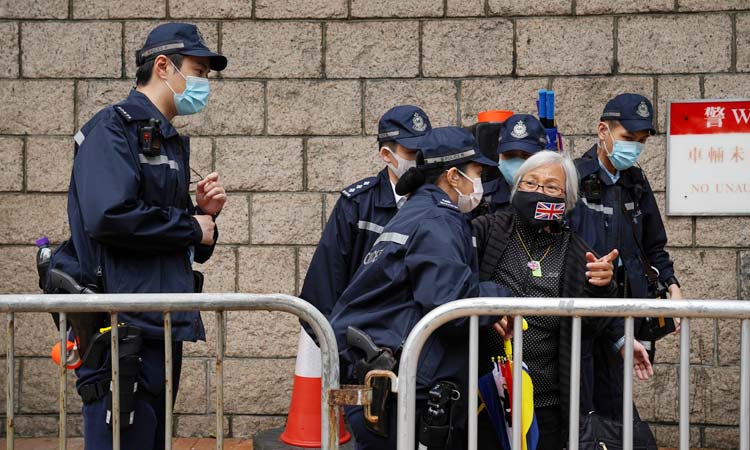 Police officers hold a supporter of pro-democracy activists outside the High Court before a court hearing in Hong Kong, China. Reuters

Former opposition lawmaker Helena Wong was released on bail on Thursday as the High Court rejected the appeal. Community-level democratic politician Ng Kin-wai was remanded in custody. The court will publish its reasons later.

Nine others are set to appear in court in two batches on Saturday and Monday.

Sharjah Police’s Media Forum as magnificent as before pandemic

The conditions for Wong’s bail included not threatening national security, participating in any elections, or contacting foreign officials, as well as surrendering all travel documents, observing a curfew and reporting to police regularly.

Of the 32 for whom bail was denied, about two dozen are appealing the decision, with hearings starting on Friday.

The 47 activists are accused of organising and participating in an unofficial, non-binding primary poll in July 2020 that authorities said was part of a “vicious plot” to “overthrow” the government.

The vote was aimed at selecting the strongest opposition candidates for a legislative council election that the government later postponed, citing the coronavirus.

The detentions have been fiercely criticised by governments in the West, including in Britain and the United States.

Hong Kong’s Department of Justice has said no one should interfere with independent prosecutorial decisions, as it would undermine the rule of law.

Supporters of the security law, which punishes what it broadly defines as secession, subversion, terrorism and collusion with foreign forces with up to life in prison, say it is necessary to restore stability in Hong Kong after months of pro-democracy protests in 2019. 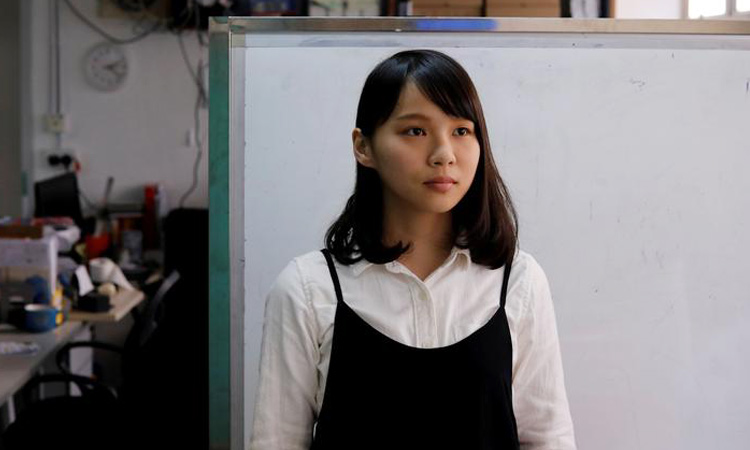 The 24-year old activist was jailed on Dec.2 along with Joshua Wong for their roles in an unlawful rally near police headquarters in 2019, the toughest and most high-profile sentencing of opposition figures this year. 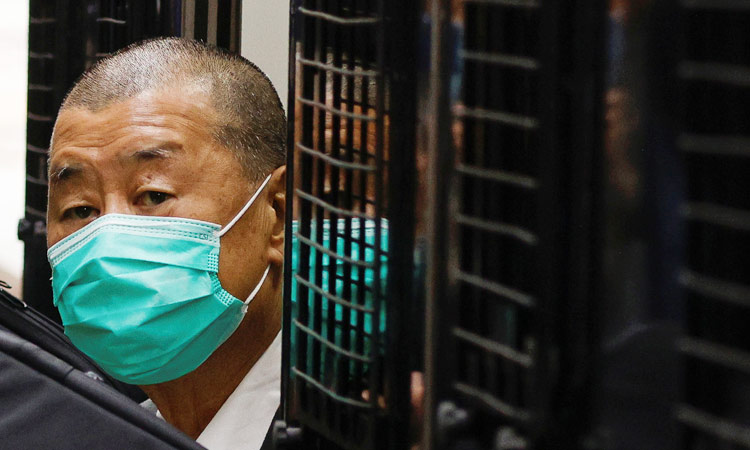 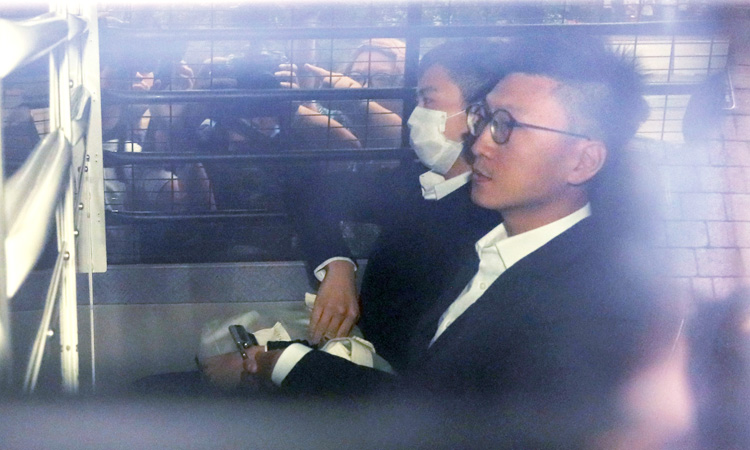 A Hong Kong pro-democracy activist jailed for six years for rioting in 2016 appeared in court on Wednesday to appeal against his sentence, as anti-government protests showed no signs 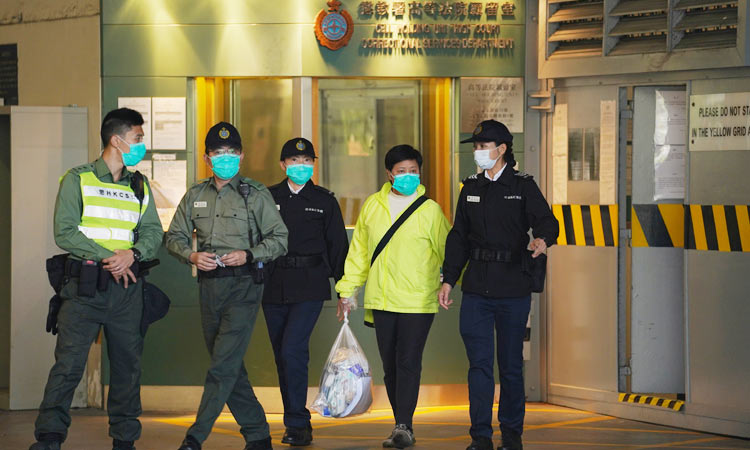 The charges against a total of 47 opposition figures represent the most sweeping use yet of Hong Kong’s new security law, which punishes what it broadly defines as secession, subversion, terrorism and collusion with foreign forces with up to life in prison.