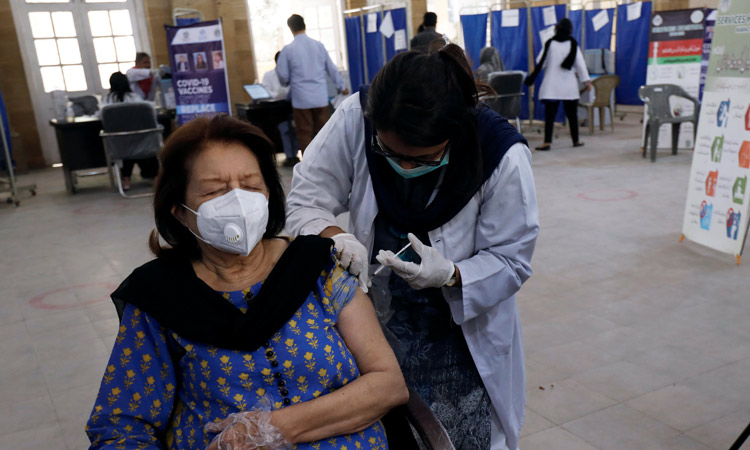 A woman receives the first dose of COVID-19 vaccine at a vaccination centre in Karachi on Wednesday. Reuters

Pakistan on Wednesday launched a COVID-19 vaccination for the general public, starting with older people, as it grapples with a high degree of vaccination hesitancy among its 220 million people, even among health workers.

The drive will begin with a focus on the oldest people in the community, generally over the age of 80, Health Minister Faisal Sultan said. "We will work our way down in coming days," Sultan said.

According to a survey released last week, nearly half of healthcare staff had concerns over China's Sinopharm vaccine, which is the only one available in Pakistan for now.

The poll of 555 medical workers conducted by Gallup Pakistan and a physicians' association between Feb.12 and Feb.20 found that many health workers would prefer other vaccines.

Pakistan distributed 504,400 Sinopharm vaccine doses to provincial authorities by Feb. 20, and 230,000 front-line health workers had got a shot by Friday, Sultan said.

One woman, Nilofar Minhas, 65, was happy to get her shot in the city of Karachi. "I'm now secured against the disease," she said.

Pakistan has not secured any supplies from vaccine manufacturers and is largely depending on the GAVI/WHO COVAX initiative for poorer nations and donations from old ally China.

Authorities have opened up almost all of sectors of society but on Wednesday reversed a decision to allow large indoor gatherings like cinemas, theatres and marriage halls. Schools will also be closed again for two weeks from March 15, they said. 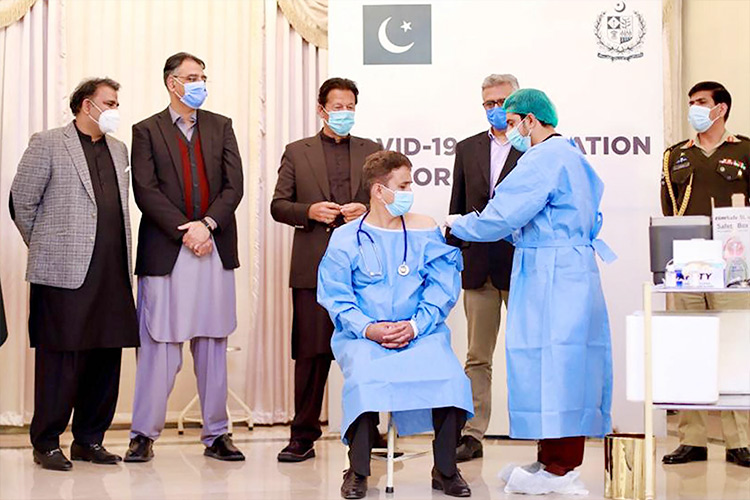 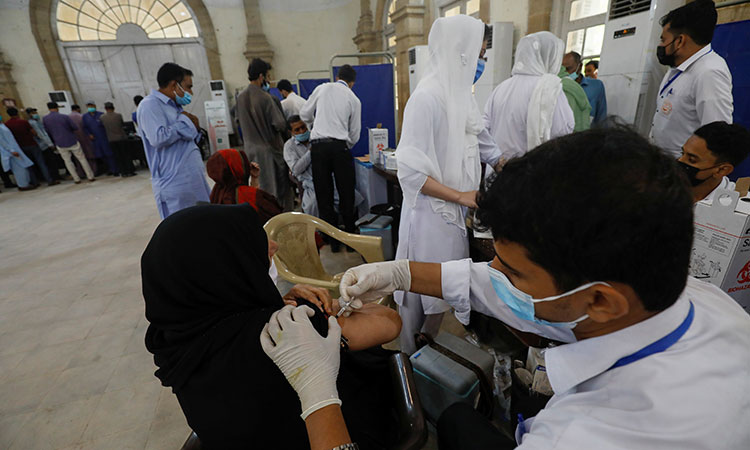 The move was in response to measures designed to help slow a Delta variant-fuelled surge in infections that has put pressure on Pakistan's poor health infrastructure as queues for inoculations stretched more than a kilometre in some locations this week.