VIDEO: Myanmar nun pleads with military not to shoot children: ‘Kill me instead’ - GulfToday 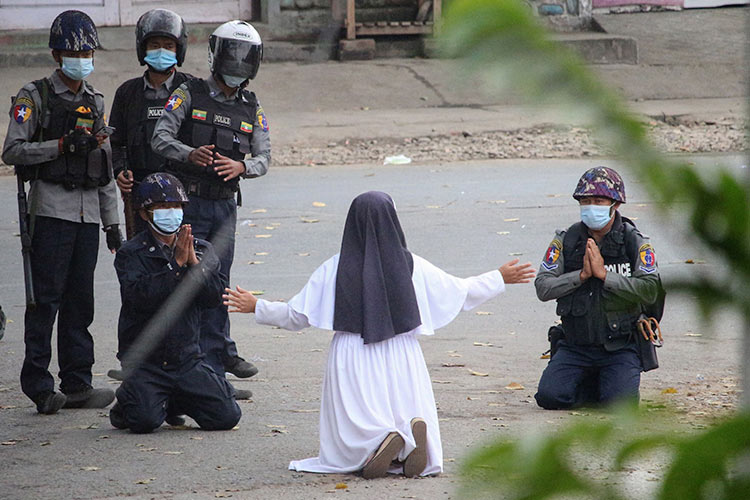 A nun pleading with police not to harm protesters in Myitkyina in Myanmar's Kachin state. AFP

Powerful images have emerged of the moment a nun confronted police in Myanmar, kneeling down in the street before them and pleading with them to end their violent crackdown on protesters.

A nun went down on her knees in front of policemen in a northern Myanmar town and pleaded with them to stop shooting protesters agitating against last month's coup.

Video showed Sister Ann Rose Nu Tawng in a white robe and black habit kneeling on a street in the town of Myitkyina on Monday, speaking to two policemen who were also kneeling.

Syria's opposition a disappointment a decade after war

"I said, I don't want to see any trouble here and can't leave if police don't leave," she said. "I begged them not to shoot the children."

Tawng and one of the policemen then touched their foreheads to the ground, according to Reuters.

At least two protesters were killed by gunshots to the head and three others were injured in the town on Monday, witnesses said. 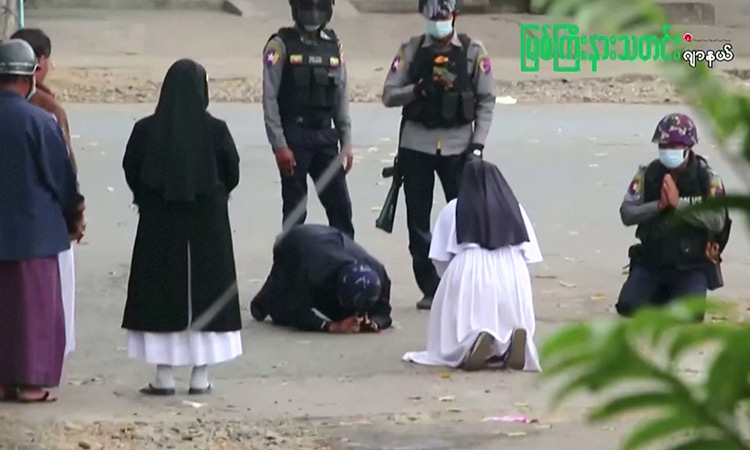 Tawng had also come between protesters and police lines late last month, pleading for peace, local media reported. Over 60 people have been killed and more than 1,800 detained in the crackdown on protests against the Feb. 1 coup, an advocacy group has said.