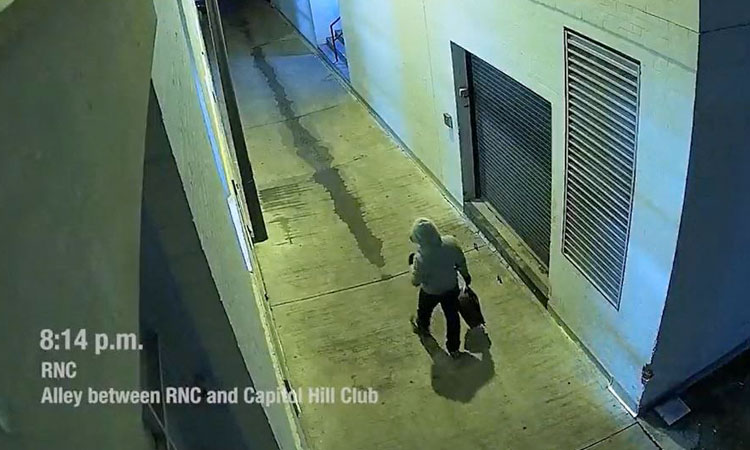 The FBI on Tuesday released new images of the man suspected of placing homemade pipe bombs in Washington on Jan.5 — the night before the assault on the US Capitol — in an effort to gather identifying information about him.

Dressed in dark pants, a light-colored hoodie and gloves, the man’s face is obscured by glasses and a mask as he carries a bag in one hand.

The FBI had already released still photos of the suspect — including ones that showed identifying details of his Nike sneakers — offering $100,000 for any information leading to his arrest.

The man is suspected of planting the homemade bombs near the headquarters of both the Republican and Democratic parties, which are near the Capitol.

The bombs never detonated and may have been placed as a distraction to keep police away when a pro-Trump mob breached the building where lawmakers were voting to certify Joe Biden’s election victory.

“We still believe there is someone out there who has information they may not have realized was significant until now,” Steven D’Antuono, assistant director of the FBI’s Washington office said, asking for the public’s help in identifying the suspect.

“These pipe bombs were viable devices that could have been detonated, resulting in serious injury or death,” he said.

Five people died in the course of the Capitol attack Jan.6, and more than 300 people have been arrested for their participation so far, including some charged with conspiracy.

On Tuesday, the deployment of National Guard troops sent to protect the Capitol since the attack was extended until May, with numbers cut by half to 2,300.

The Pentagon said Defense Secretary Lloyd Austin had approved a request from the Capitol police force for continued National Guard support, but gave no details about any threat of further attack. 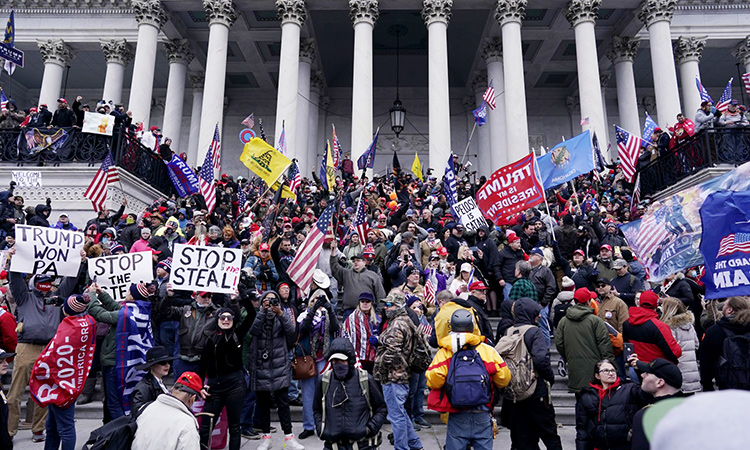