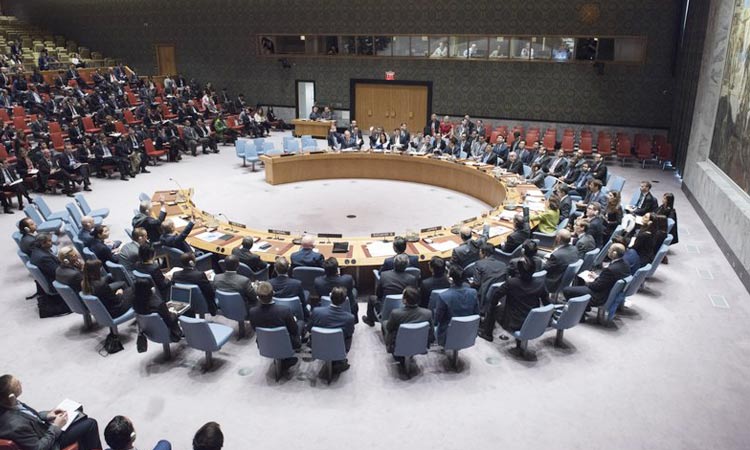 UN Security Council meets on the use of chemical weapons in Syria at UN headquarters. File/AP

The United States accused Syrian President Bashar Assad and his close ally Russia on Thursday of trying to block all efforts to hold Damascus accountable for using chemical weapons during attacks on civilians.

US Ambassador Linda Thomas-Greenfield told the UN Security Council that “the Assad regime has tried to avoid accountability by obstructing independent investigations and undermining the role and work of the OPCW,” the Organization for the Prohibition of Chemical Weapons which is the international chemical weapons watchdog.

She accused Russia of defending Assad “despite its chemical weapons attacks,” obstructing independent investigations, and undermining efforts to hold the Syrian government accountable not only for using chemical weapons but for “numerous other atrocities.” 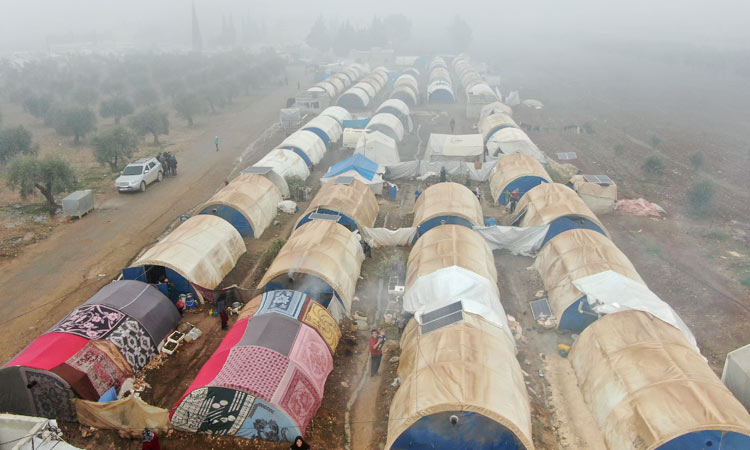 OPCW investigators blamed three chemical attacks in 2017 on Assad’s government in April 2020. The OPCW Executive Council responded by demanding that Syria provide details. When it didn’t, France submitted a draft measure on behalf of 46 countries in November to suspend Syria’s “rights and privileges” in the global watchdog which means it would lose its vote. It will be considered at the April meeting of the OPCW’s 193 member states.

UN High Representative for Disarmament Affairs Izumi Nakamitsu told the council that issues related to Syria’s declaration “remain outstanding” including a chemical weapons production facility that the Syrian government declared “as never having been used for the production of chemical weapons.” 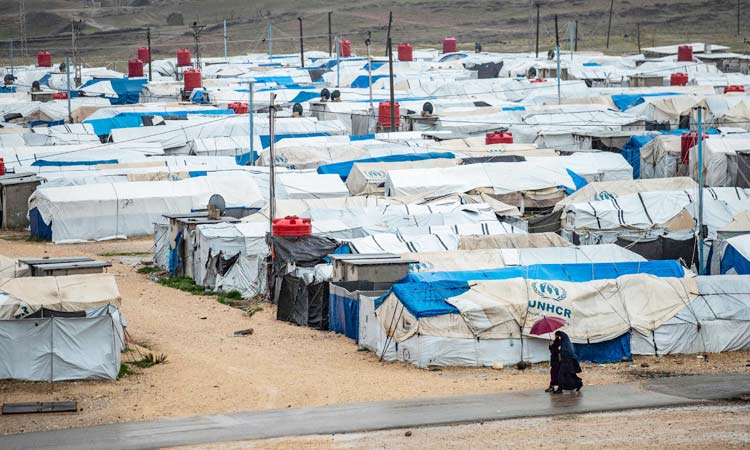 Women use an umbrella as they walk in the rain at Camp Roj in the countryside near al-Malikiyah (Derik) in Syria. File/AFP

She said, however, that analysis of information and all materials gathered by the OPCW Declaration Assessment Team since 2014 “indicates that production and/or weaponization of chemical warfare nerve agents did, in fact, take place at this facility.”

The team asked Syria “to declare the exact types and quantities of chemical agents produced and/or weaponized at this site,” but no response has been received, Nakamitsu said.

Russia’s UN Ambassador Vassily Nebenzia accused some countries, which he didn’t name, of repeatedly using the chemical weapons “card” as a tool to pressure the Syrian government, using grave accusations “backed up by unconvincing evidence like video footage on social media or `testimony’ of knowingly biased witnesses, or falsified facts.”

At the same time, he said, “they reject the counter-arguments provided not only by Russia and Syria, but also by independent experts and organizations, and do not give any coherent explanation as to why they do so.” 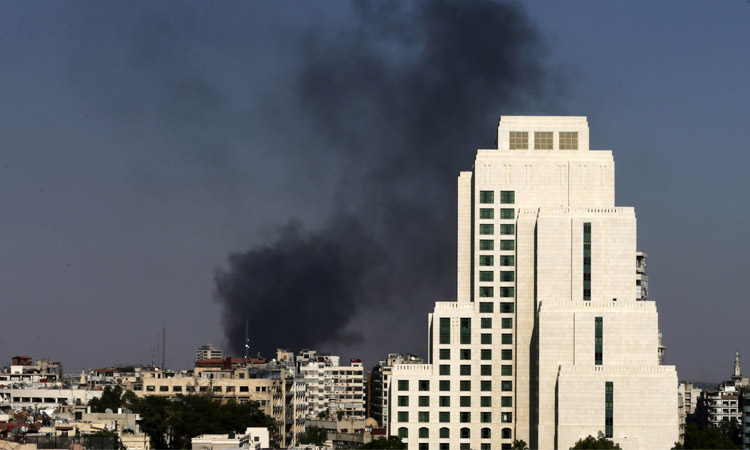 This photo shows black columns of smoke rising from heavy shelling in the Jobar neighborhood in East of Damascus, Syria. File/AP

Nebenzia reiterated Russia's accusations that the OPCW and its technical experts have become the “transmitter of anti-Syrian claims of the Western countries” -- an allegation strongly denied by Nakamitsu, US ambassador Thomas-Greenfield, and many other speakers.

“The root cause of the problem is that our Western colleagues have long turned Syria’s chemical file into a means of punishment of the unwanted authorities in Damascus,” the Russian ambassador said. “Therefore, attempts to establish the connection between the file and actual use or non-use of chemical weapons are absolutely senseless.”

Syria’s new UN ambassador, Bassam al-Sabbagh, who served as his country’s envoy to the OPCW for seven years after 2013, stressed the government’s condemnation of the use of chemical weapons and denial that it ever used chemical weapons.

He said Syria has made “tangible progress” in resolving issues in its initial declaration and expressed regrets that some countries “always see the glass half empty and don’t hesitate to criticize rather than applaud progress achieved.”

France’s UN Ambassador Nicolas De Riviere countered that “the Syrian regime is still lying, hiding the truth and evading its international obligations.” He emphasized “the need to fight impunity.”“

He sharply criticizedd “the unfounded accusations” against the OPCW, saying “they are undignified and, above all, they are irresponsible.”

“The Security Council has a historic responsibility for the non-proliferation of weapons of mass destruction, and the re-emergence of chemical weapons in the world is a major threat,” De Riviere said. “We cannot allow these weapons to become commonplace.” 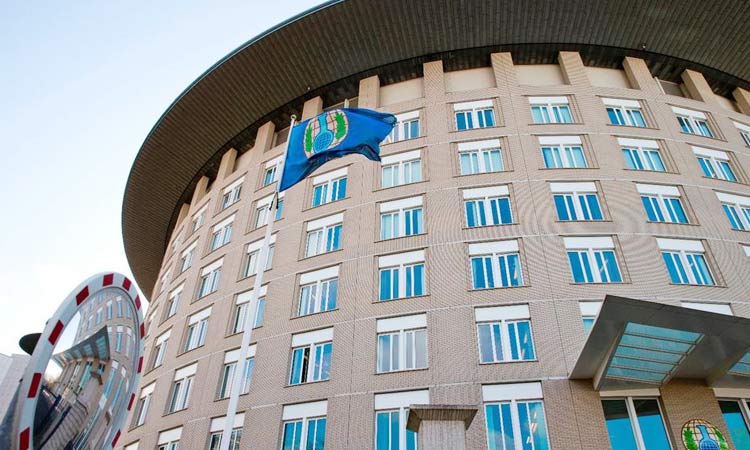 Izumi Nakamitsu, UN high representative for disarmament affairs, said the OPCW had found that because of unresolved gaps and discrepancies Syria's declarations "cannot be considered accurate and complete in accordance with the Chemical Weapons Convention." 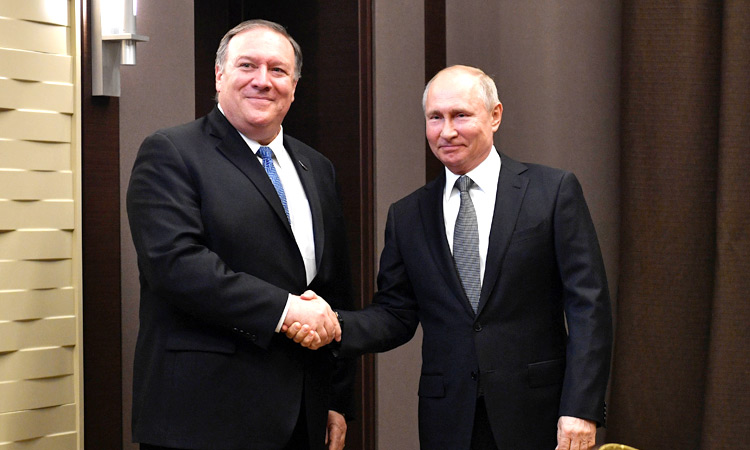