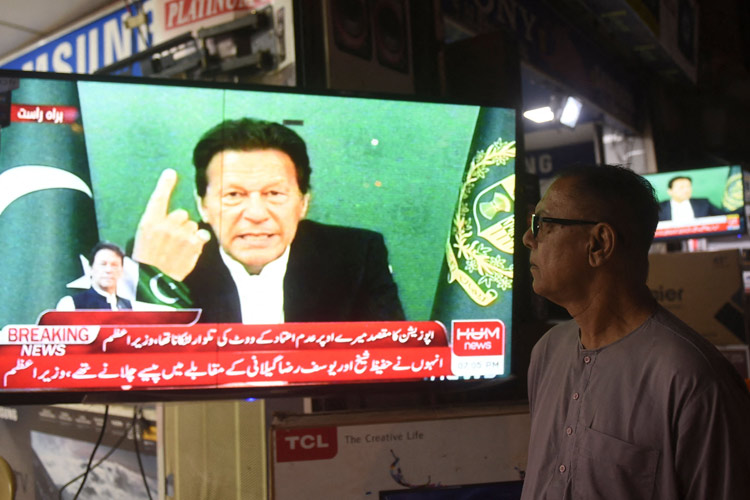 Prime Minister Imran Khan said on Thursday he will seek a vote of confidence from the National Assembly (NA) this weekend to prove that he still has the support of majority lawmakers in the house despite the surprising and politically embarrassing defeat of his ruling party’s key candidate in Senate elections.

Gilani defeated Hafeez Sheikh, the finance minister in Imran’s cabinet, in the vote, which was seen as a test for Imran who came to power in the 2018 parliamentary elections. Sheikh lost the hotly contested seat in the Senate, or upper house of parliament. The vote went 169-164 in Gilani’s favour.

Though Imran improved his standing in the 100-member Senate, Sheikh’s defeat was a setback for his government and the ruling party. Votes for the Senate are cast by members of the National Assembly, or the lower house of parliament, and four provincial assemblies. 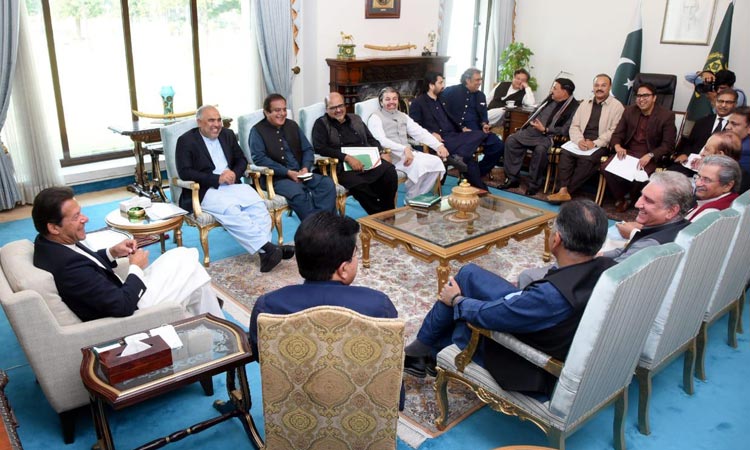 Gilani’s success in the Senate indicates that some of the ruling party’s lawmakers had rebelled and did not vote for Sheikh. Pakistan’s opposition has asked that Khan step down over Sheikh’s defeat, a demand ejected by Imran’s party, which insists he still has the backing of majority lawmakers.

“I have decided to seek the vote of confidence” from the lower house of parliament on Saturday, Imran said. He said it was the democratic right of lawmakers from his own party to vote against him if they oppose his policies. “All members (of PTI), this is your democratic right. If you feel I am incompetent, I will sit in the opposition,” the premier said while addressing the nation.

Imran, in his message to the alliance of 11-party opposition Pakistan Democratic Movement (PDM), vowed “not to spare anyone even if that meant losing premiership.” “

I am addressing the PDM right now, my message to them is that I will not spare anyone of you even if I lose power until you return the nation’s money.” “You can say you are not with me, I will (still) respect you,” Imran said. He accused the country’s election authorities of failing to ensure a free and fair vote for the Senate and claimed that 15 or 16 lawmakers from his party “sold” their vote in the Senate elections but that they could not be identified because the vote was a secret ballot.

Imran also chastised the Election Commission of Pakistan (ECP) for opposing his proposal last month to hold Senate elections in an open ballot, instead of having lawmakers secretly cast their vote for a candidate of their choice.

Imran insisted the confidence vote in the National Assembly on Saturday be open and while he said lawmakers from his party had the democratic right to vote for or against him, in line with their conscience, but that they should do it openly.

Imran needs 172 votes in the 342-seat assembly to retain the confidence of the house. If no one revolts against him, he is expected to win as many as 180 votes in his favor, with the help of allies from other parties. If if he fails to win the vote of confidence, his government automatically falls — something that could usher in another phase of political turmoil for Pakistan. Imran pledged to sit on the opposition if that happens and promised he would continue to fight against corruption.

Earlier Foreign Minister Shah Mahmood Qureshi told reporters that it would be clear who stood where during the trust vote.

“Those standing with Imran Khan will be seen on one side and those who are not, and think they like the ideology of the Pakistan Peoples Party (PPP) and Pakistan Muslim League-Nawaz (PML-N) have every right to join their ranks,” said Qureshi, who was flanked by several ministers including Asad Umar, Shireen Mazari, Shafqat Mehmood and Fawad Chaudhry.

Qureshi said the Wednesday’s events relating to the Senate votes vindicated Prime Minister Imran’s stance, adding that this was not something new, but had been happening for the past several years.