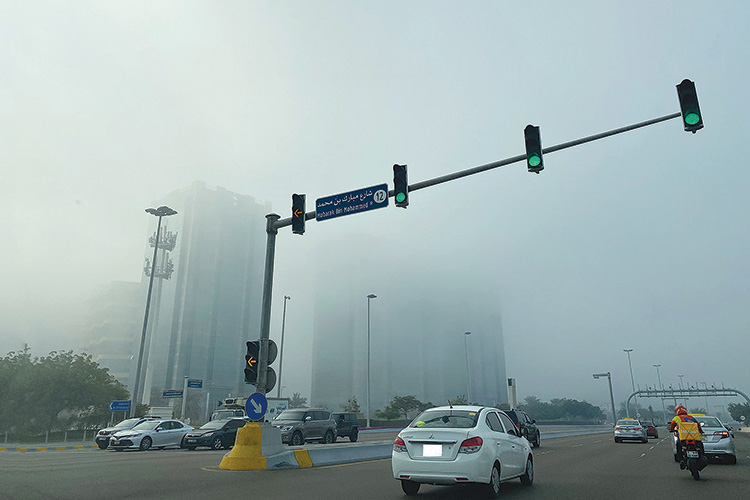 Many areas of the UAE have witnessed a foggy dawn.

The lowest temperature, 13.5°C was recorded at 6:30am on Thursday in Jassioura, in Al Dhafra region.

The National Centre of Meteorology (NCM) appealed to road users and motorists to take precautions and follow traffic instructions during fog and sometimes even low visibility in some interior and coastal areas.

The police appealed to drivers to adhere to the speed limit shown on the information signs on the emirate’s roads.

The NCM expected the weather on Friday and Saturday to be dusty and partly cloudy at times, with high temperatures during the day and humid at night, with the opportunity to form fog and light fog in some of the eastern interior regions.

Winds are expected to be southeasterly, turning in the afternoon to northwesterly, light to moderate in speed, gradually activating, especially at the sea, stirring dust, at a speed ranging from 15 to 30 up to 40 km/h.

The sea is expected to be moderate, but becoming gradually turbulent in the afternoon in the Arabian Gulf, and light to moderate in the Sea of Oman.