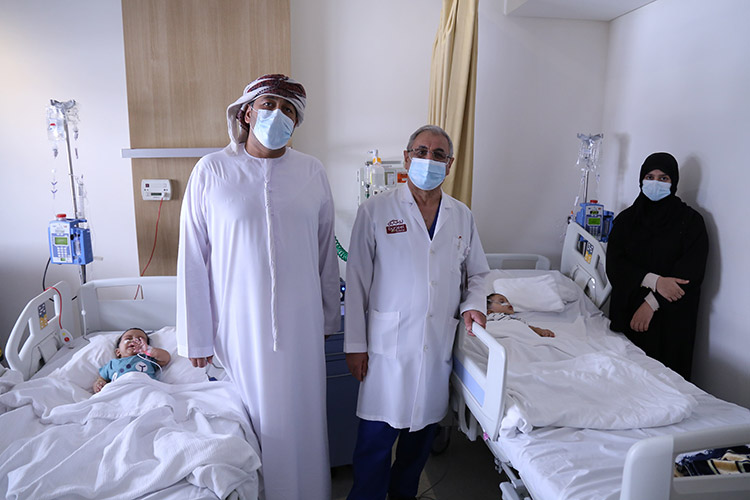 Parents pose with the doctor at the hospital.

They said on Monday: “We are incredibly grateful to Dr. Matlik and the team at Burjeel Hospital for diagnosing our children so swiftly and offering this life-saving gene therapy treatment. We are feeling very positive. We hope Allah is listening to our prayers and will shower His blessings upon our children and our family.”

Discovered by Austrian neurologist Guido Werdnig and German neurologist Johann Hoffman as affecting families in the 1890s, Werdnig-Hoffman Disease is among the 8,000 rare diseases worldwide catalogued at the National Organisation for Rare Diseases (NORD) portal. The NORD quotes Oregon Health Sciences University and Shriners Hospital for Children-Portland (USA) Dr. Barry Russman, a Paediatrics and Neurology professor, who said the condition is synanymous to Infantile Spinal Muscular Atrophy (SMA) and SMA Type 1 (SMA1), a degenerative neurological condition of the nerve cells at the lowest portion of the brain. The signs and symptoms in the affected babies less than six months old are muscle weakness, lack of motor development, tongue twitching because of difficulty in breathing, as well as difficulties in chewing and swallowing; they never achieve the ability to sit independently and pass on before age two.

Matlik who had initially observed the twins to be severely weak, suffering from hypotonia (stiffness of the muscles, resistance to movement and decreased muscle tone), and areflexia (absence of neurological reflexes), told Gulf Today that Werdnig-Hoffman Disease “carries a very bad prognosis; that if, without treatment, nearly all patients require nutritional and respiratory support by age one, and most patients are (unable) to speak or swallow effectively. Nearly 90 per cent of the cases need permanent ventilation before they reach two years old.” Matlik was happy to note that the twins, still confined in the hospital, are in “stable condition.” He said the multidisciplinary hospital team knew time was of the essence. Hence, they “made every arrangement for the transformational treatment to be carried out (soonest).” 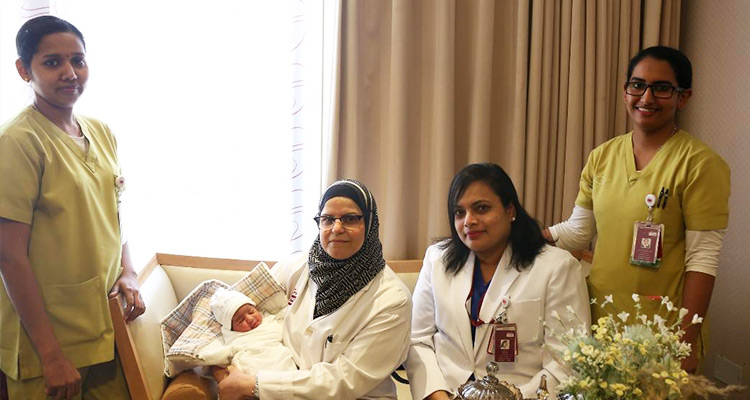 Dhs5,400 fine for allowing a child under 10 in front seat of a car in Abu Dhabi

A fine of Dhs400 will be imposed on the motorists, plus the financial value for dismantling the seized vehicle would be Dhs5,000. 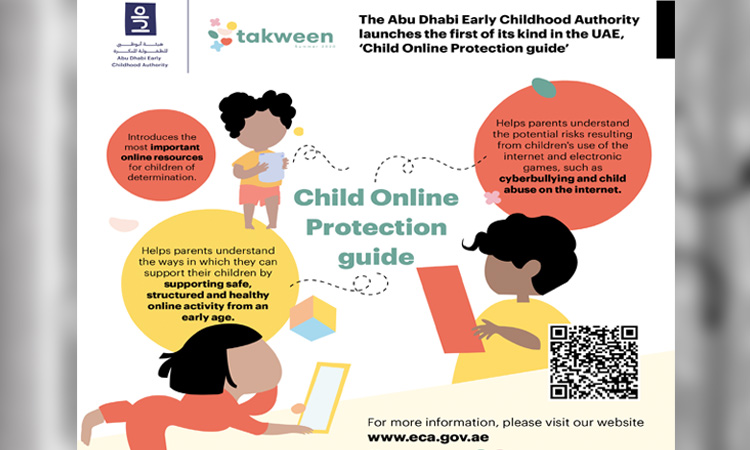 The Abu Dhabi Early Childhood Authority, ECA, has launched the first of its kind, "Child Online Protection guide", in the UAE, as part of the Takween Summer Program 2020. 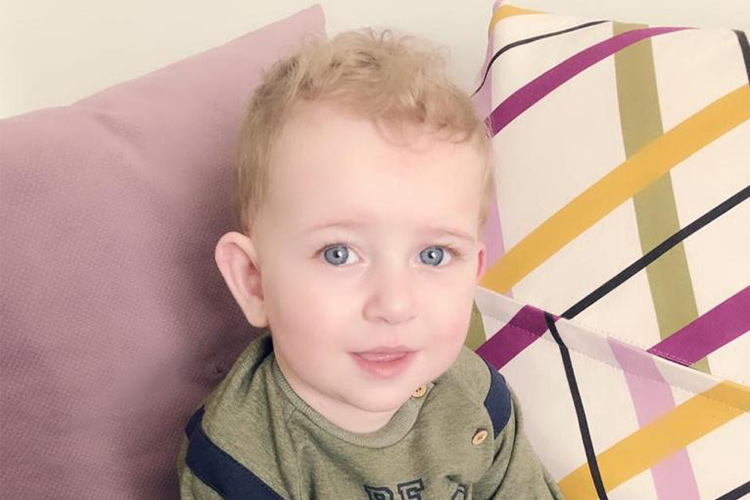 The complex corrective heart surgery, first accomplished in its kind in the UAE, was performed at Sheikh Khalifa Medical City (SKMC), a SEHA-affiliated hospital, with the use of the latest imaging devices and 3D printing technology and to accurately diagnose the patient’s condition and devise an appropriate surgical plan.