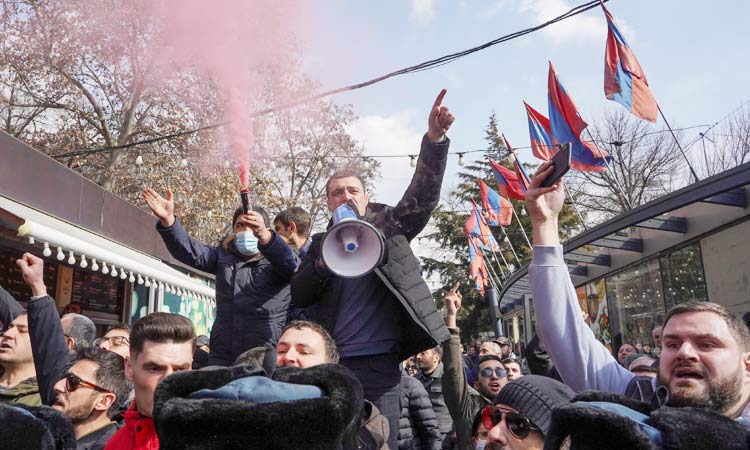 Participants shout slogans during an opposition rally to demand the resignation of Nikol Pashinyan in Yerevan, Armenia. File/Reuters 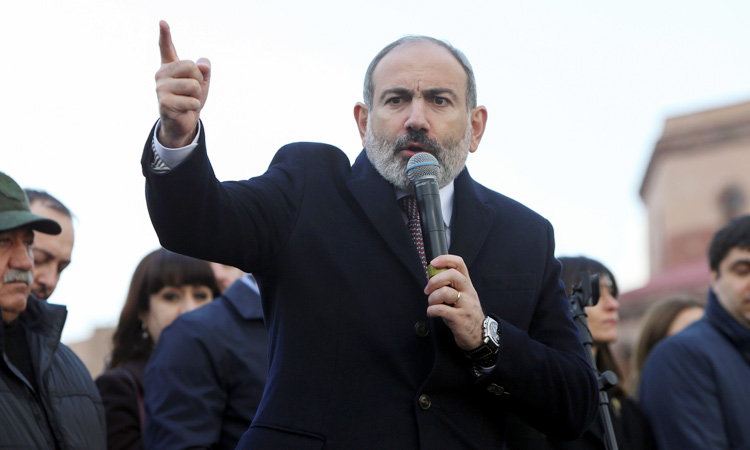 Nikol Pashinyan addresses his supporters during a gathering in Republic Square in Yerevan, Armenia. File/Reuters

Pashinyan last week condemned what he said was an attempted coup after the army demanded he quit. 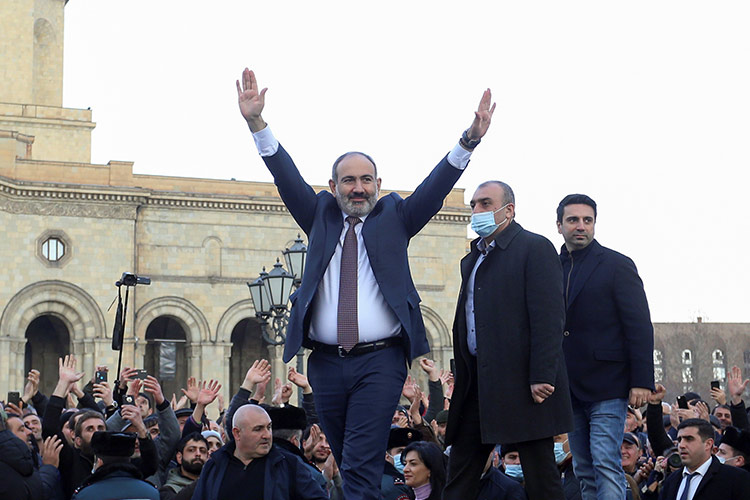 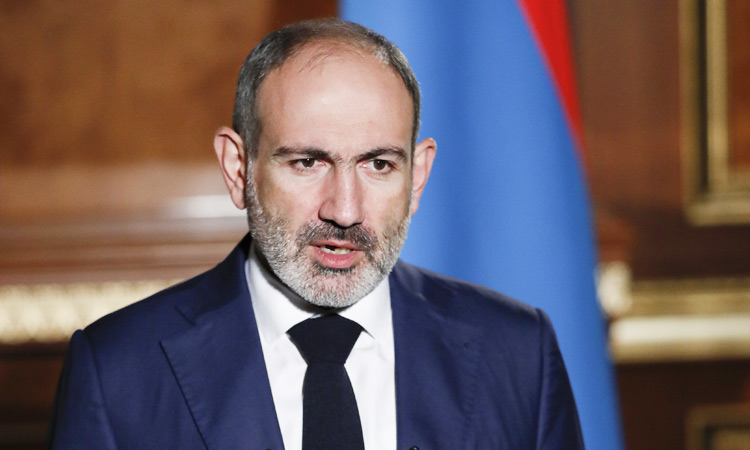