Israeli-owned ship hit by explosion in Gulf of Oman - GulfToday

Israeli-owned ship hit by explosion in Gulf of Oman 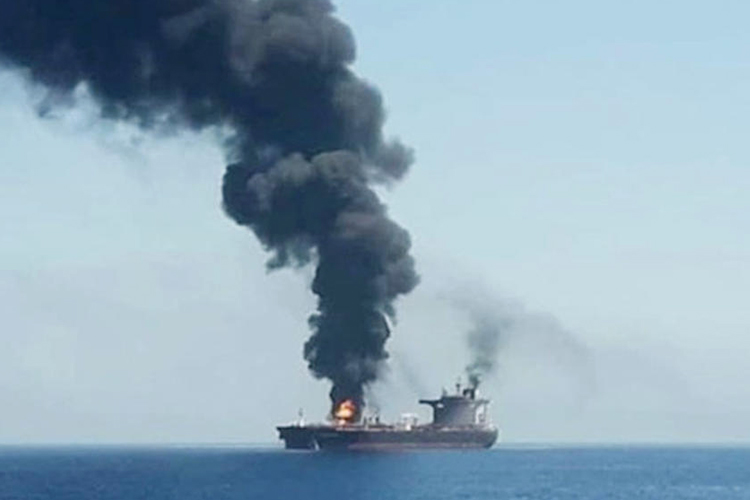 A videograb shows a fire and smoke billowing from a ship in the Gulf of Oman.

An Israeli-owned ship, the MV HELIOS RAY, was hit by an explosion in the Gulf of Oman overnight Thursday and a US defence official said the blast left holes in both sides of the vessel's hull. The cause was not immediately clear.

An Israeli vessel apparently travelling from Saudi Arabia to Singapore was hit by an explosion in the Gulf of Oman, maritime security groups said Friday, adding there were no casualties.

The vessel was understood to have been travelling from Dammam, a port city in Saudi Arabia's Eastern Province, to Singapore when the blast occurred on Thursday northwest of Oman, it said.

VIDEO: Russian diplomats push their way home with handcar out of NKorea

"The MV HELIOS RAY is owned by HELIOS Ltd an Israeli company registered in the Isle of Man," it added.

"The crew are understood to be uninjured. The vessel appears to be returning to (its) port of origin," Dryad said. 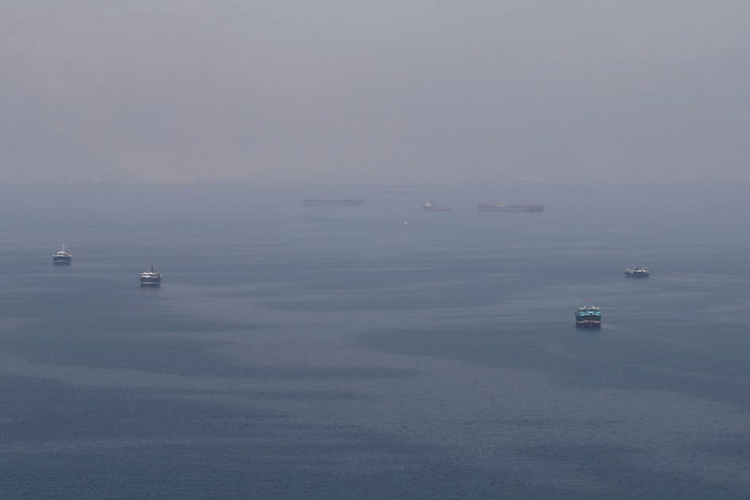 Traditional Omani and cargo ships sail towards the Strait of Hormuz in the Gulf of Oman. File/ Reuters

United Kingdom Maritime Trade Operations (UKMTO) also reported the blast and said that the vessel, which it did not identify, and the crew were "safe".

The Marine Traffic website said the Bahamas-flagged vessel had left Dammam on Wednesday and was due to arrive in Singapore next week.

Dryad suggested Iran could be behind the blast, noting the incident comes amid heightened tensions between Israel and Iran.

"Whilst details regarding the incident remain unclear it remains a realistic possibility that the event was the result of asymmetric activity by Iranian military," it said.

"Tensions between Israel and Iran remain fraught, especially in light of increased signs of rapprochement between Iran and the Biden administration," Dryad said.
Agencies