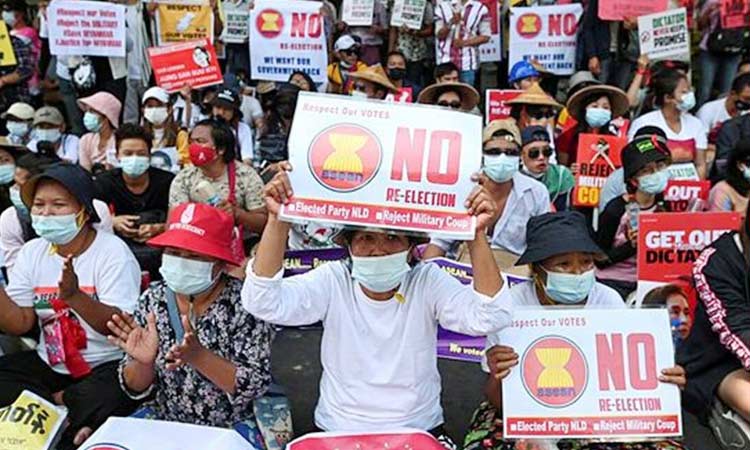 Demonstrators hold placards during a rally against the military coup in front of Indonesian embassy in Yangon, Myanmar. File/Reuters

Students and doctors in Myanmar plan to hold fresh protests on Thursday against military rule, as Washington expressed concern about Malaysia’s deportation of about 1,100 Myanmar nationals back to the strife-torn nation.

The army seized power this month after alleging fraud in a Nov.8 election swept by Aung San Suu Kyi’s National League for Democracy (NLD), detaining her and much of the party leadership.

There have been about three weeks of daily protests and on Thursday students pledged to rally in the commercial hub of Yangon, with demonstrators urged to bring text books promoting military education so they can destroy them at the protest. 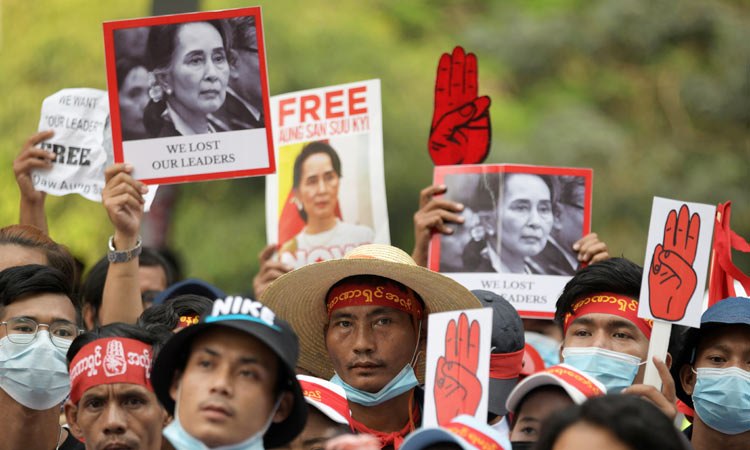 Demonstrators hold placards with pictures of Aung San Suu Kyi as they protest against the military coup in Yangon, Myanmar. File/Reuters

Many professionals and government workers have also joined civil disobedience campaigns, with doctors due to hold a protest on Thursday as part of a so-called “white coat revolution.”

A rights group said as of Wednesday 728 people had been arrested, charged or sentenced in relation to the protests.

Myanmar’s security forces have shown more restraint compared with earlier crackdowns against people who pushed for democracy during almost half a century of direct military rule.

Military chief General Min Aung Hlaing has said this week authorities were following a democratic path in dealing with the protests and police were using minimal force, such as rubber bullets, state media reported.

Nonetheless, three protesters and one policeman have been killed in violence at rallies.

On the diplomatic front, Indonesia’s foreign minister said on Wednesday she had held intensive talks with the Myanmar military and representatives of the ousted elected government in a bid to end the crisis over the Feb. 1 coup.

Indonesia’s interventions have raised suspicion among Myanmar democracy activists who fear dealing with the junta would confer legitimacy on it and its bid to scrap the November election.

Retno, speaking to reporters in Bangkok, said the wellbeing of the people of Myanmar was the top priority.

“We ask for everybody to use restraint and not resort to violence ... to avoid casualties and bloodshed,” Retno said after her talks with the Myanmar minister and her Thai counterpart, Don Pramudwinai.

A Reuters report this week cited sources as saying Indonesia was proposing that ASEAN members send monitors to ensure the generals stick to their promise of fair new elections.

The military has not given a time frame for the new election it has promised, although it imposed a one-year state of emergency when it seized power.

Dozens of protesters gathered outside the Thai embassy in the main city of Yangon on Wednesday with signs reading: “Respect our vote” and “We voted NLD.”

Retno did not mention the issue of the election but said Indonesia emphasised “the importance of an inclusive democratic transition process.”

The crisis has restored Myanmar’s reputation as the problem member of the 10-country ASEAN and the diplomatic scramble by its neighbours comes as wider international concern is growing.

The United States, Britain and others have imposed limited sanctions aimed at members of the junta and military businesses.

China has traditionally taken a softer line on Myanmar as have ASEAN neighbours.

Washington has also expressed concern over Malaysia’s deportation of nearly 1,100 Myanmar nationals and urged countries in the region to hold off on any repatriations in light of the coup.

Malaysia is home to more than 154,000 asylum-seekers from Myanmar and several Malaysian lawmakers and rights groups on Wednesday called on the government to explain its deportation, despite a court-ordered stay, with some saying the move could amount to contempt of court.

The deported group is to arrive in Myanmar on Saturday, according to a post on Myanmar’s navy Facebook page. 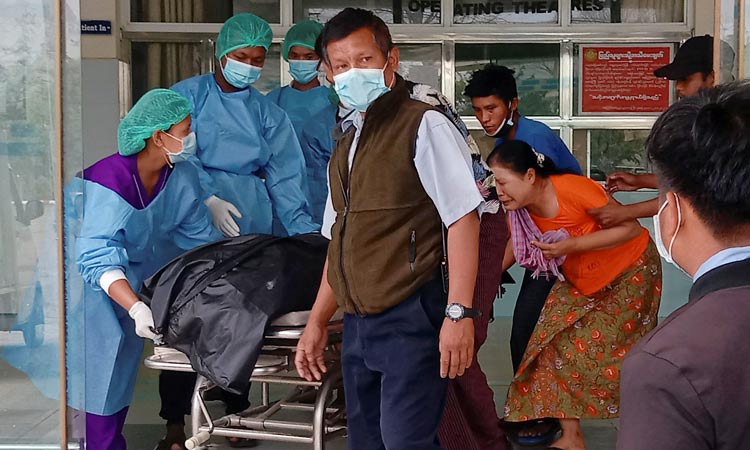