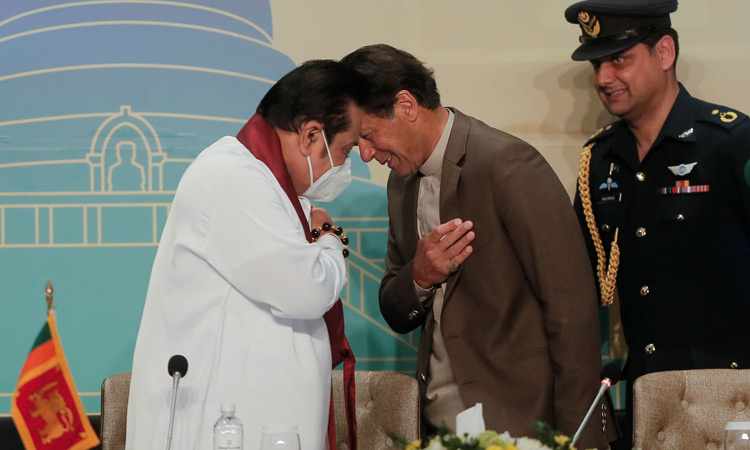 Imran Khan and Mahinda Rajapaksa gesture at the end of the Trade and Investments conference in Colombo on Wednesday. Reuters

Visiting Pakistani Prime Minister Imran Khan has proclaimed his Muslim-majority nation a choice destination for religious tourism by Sri Lankans, most of whom are Buddhists.

In talks with President Gotabaya Rajapaksa on Wednesday, Imran highlighted Buddhist heritage sites in Pakistan and stressed the building of cultural ties, the Pakistan embassy said in a statement.

"Pakistan probably has one of the greatest Buddhist heritages in the world and we invite people from Sri Lanka to visit them,” Imran said a day earlier after meeting with Prime Minister Mahinda Rajapaksa. Imran is making a two-day official visit to Sri Lanka, which began on Tuesday. 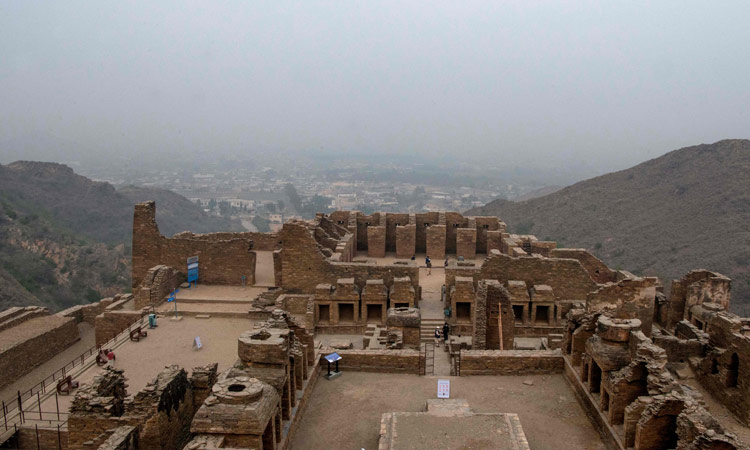 Buddhists account for more than 70% of Sri Lanka's 22 million people. Ethnic minority Tamils, who are mainly Hindu, comprise about 15% and 9% are Muslims.
Imran said northern Pakistan is the center of the ancient Buddhist Gandhara civilisation and that a 40-foot (12-metre) sleeping Buddha statue was recently discovered there.

"We are planning a Buddhist trail ... with all the Buddhist great shrines and Buddhist places," he said.

Earlier during the day, Imran said Wednesday that the only way forward for the subcontinent is to resolve existing issues through dialogue.

"Immediately when I came into power, I approached our neighbour India and explained to Prime Minister Narendra Modi that the way forward for the subcontinent is to resolve our differences through dialogue.

"I didn't succeed but I am optimistic that eventually sense will prevail. The only way the subcontinent can tackle poverty is by improving trade relations. Let us live like civilised neighbours as the Europeans live."

The prime minister expressed the views while addressing the Pakistan-Sri Lanka Trade and Investment Conference in Colombo, aimed at promoting trade and investment between the two countries. 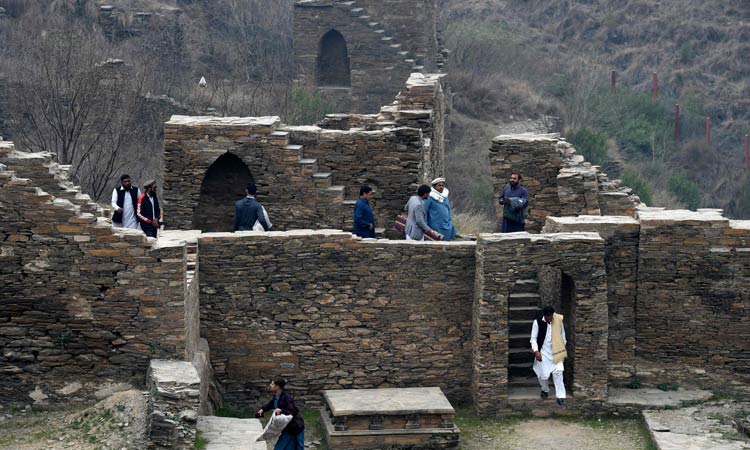 "Germany and France have fought multiple times, but today it is unthinkable for them to have a conflict because they are so interlinked due to trade. Similarly, my dream for the subcontinent is that we resolve our differences," he said, adding that the Kashmir issue was the only conflict in the region.

"All we want is for the Kashmir dispute to be resolved according to the United Nations Security Council resolutions and this can only be achieved through dialogue."

He expressed the hope that Pakistan could also play its part in reducing rising tensions between the United States and China. "We would much rather be a country that brings other nations and humanity together," he said.

Imran began his address by stating that poverty alleviation was his motivation behind entering politics. "Twenty five years ago, I entered politics because I felt that the best way to reduce poverty in our country was to setup a welfare state," adding that he realised that the Sri Lankan leadership was also motivated by poverty alleviation.