This dog will knock you for six – miracle puppy with six legs, two tails takes Internet by storm - GulfToday

This dog will knock you for six – miracle puppy with six legs, two tails takes Internet by storm 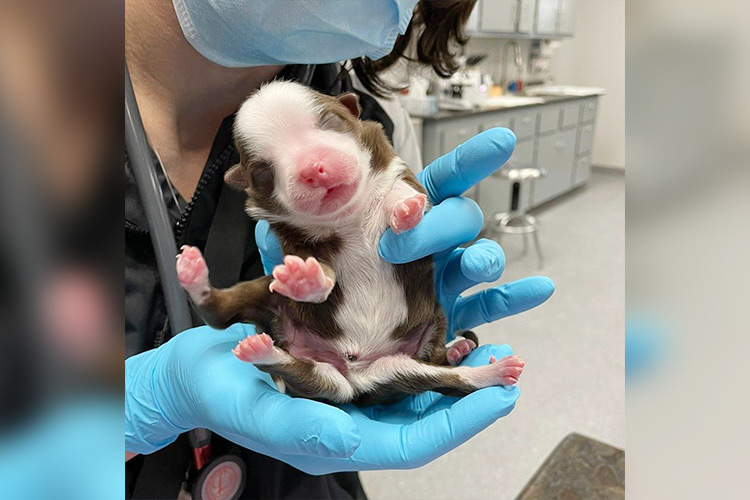 A vet holds Skipper, the six-legged puppy in Oklahoma.

A strange thing has happened in Dogsville and it is grabbing eyeballs all over the world.

A 'miracle' puppy has been born in the US with six legs, two tails, and some peculiar medical traits.

Veterinarians now believe Skipper was supposed to have another sibling. But the foetuses didn't separate while in utero. For this reason, Skipper ended up with extra limbs and an extra tail.

"This is a miracle named Skipper. Literally. She has survived longer than we suspect any other canine has (at just 4 days old – published research does not indicate one has been born alive) with her combination of congenital conditions. You might notice she looks a little different – 6 legs! " Neel Veterinary Hospital wrote on Facebook. 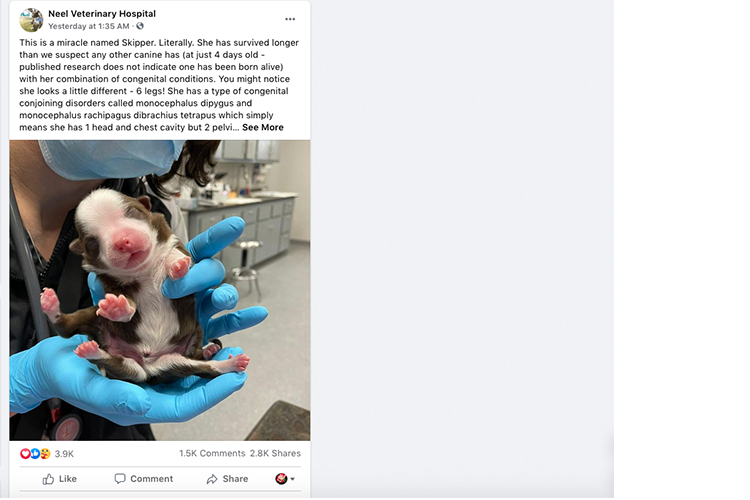 As of now, it is still not clear if she will be able to move freely and without physical therapy later in her life. But her progress has been very good.

“I don’t think I’m probably gonna see another puppy in my lifetime like this,” said Dr. Alison Everett, a veterinarian at Neel Veterinary Hospital.

According to an Oklahoma TV channel report, Dr. Everett saw Skipper when she was first brought in last week. She says immediately, she knew Skipper was special.

Her veterinarians say she also likely has two sets of organs inside her lower body as well.

“She likely has two urinary bladders, two urinary systems, probably two reproductive systems and then somewhere in there, her intestines system splits into two. What we think happened with her is that sometime during development, when the body normally starts patterning itself, where you get this mirror image. She started trying to split, almost like trying to form a twin and it just didn’t complete itself,” said Dr. Everett.

Such freak creatures do not seem to live for long. But unusually, Skipper appears to be doing very well and experts believe she has a good chance of leading a healthy and long life, according to a report in a section of the Indian media.

Earlier this month, a dog owner was left utterly shocked when her pet gave birth to a white one-eyed puppy with two tongues and no nose.

Amie de Martin, from the Philippines, said her dog gave birth to two puppies. While the first puppy appeared normal, the other one was malformed. 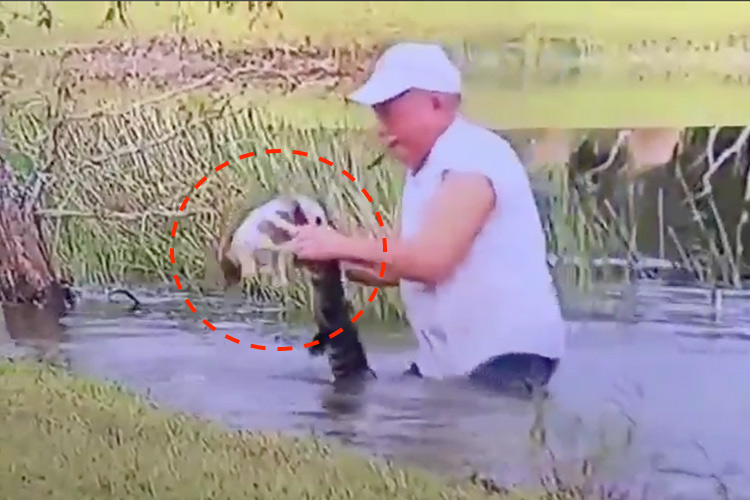