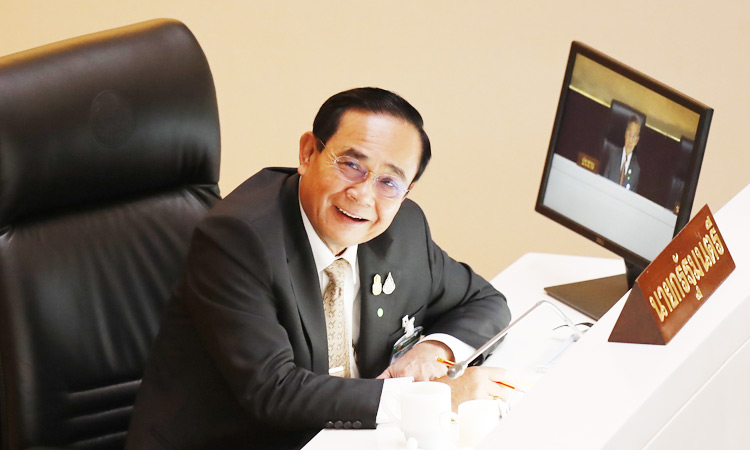 Prayuth Chan-ocha smiles in parliament after a no-confidence vote against him was defeated in Bangkok, Thailand Saturday. AP

Thailand’s Prime Minister Prayuth Chan-ocha survived a no-confidence vote on Saturday in parliament amid allegations that his government mismanaged the economy, bungled the provision of COVID-19 vaccines, abused human rights and fostered corruption.

It marked the second no-confidence test Prayuth’s government has faced since taking office in July 2019, following a contested election after Prayuth seized power in a 2014 coup as the army chief. In February last year, Prayuth and five Cabinet ministers easily defeated a no-confidence vote in the lower house. 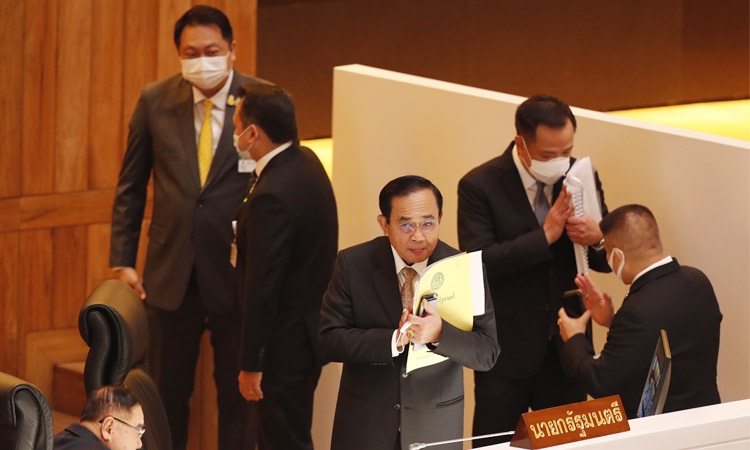 Prayuth Chan-ocha gestures to other parliament members after a no-confidence vote against him was defeated in Bangkok, Thailand. AP

In the latest motion, his government was also criticized for misusing its power to promote police officials and for establishing a cyber unit to attack government critics on social media, among other complaints.

But a more serious allegation was that Prayuth has deepened divisions in society by using the monarchy as a shield against criticism of his government.

A student-led protest movement has campaigned since last year for Prayuth and his government to step down. They want the constitution to be amended to make it more democratic, and for the monarchy to be reformed to make it more accountable. 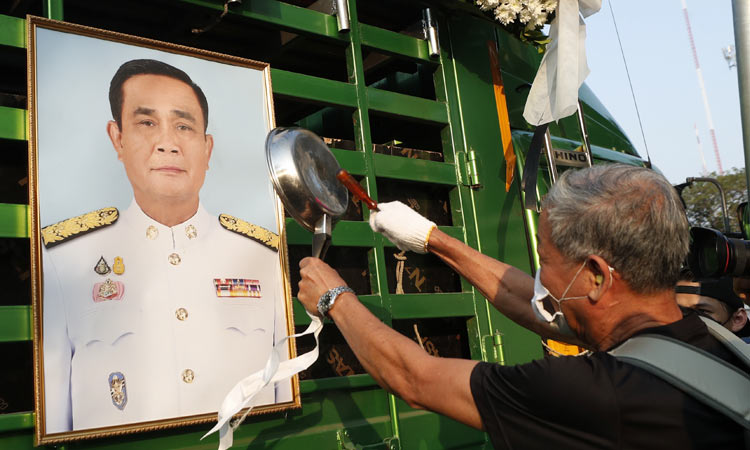 A protester bangs pots to make noises in front of a picture of Prayuth Chan-ocha during protest in Bangkok, Thailand. AP

“The biggest fault of Prayuth is that he does not understand the principles of the constitutional monarchy,” said Pita Limjaroenrat, leader of the opposition Move Forward Party.

“He used the monarchy to protect himself whenever he was criticized or opposed. This is an evil action, making him no longer qualified to be prime minister,” he said.

His accusation refers to the enforcement of Article 112 in the criminal code, also known as the lese majeste law. Prayuth said in June last year that King Maha Vajiralongkorn had expressed his wish for the government not to use the law against defaming the monarchy to prosecute pro-democracy protesters.

The legislation allows anyone to file a complaint with the police, with convictions carrying jail terms of up to 15 years per offense. According to Thai Lawyers for Human Rights, at least 59 people including several minors were summoned under the law between November and February.

The monarchy is widely considered an untouchable bedrock of Thai nationalism.

Four well-known protesters including human rights lawyer Arnon Nampa, student leader Parit Chiwarak, and political activists Somyos Prueksakasemsuk and Patiwat Saraiyaem were prosecuted under the law and on sedition charges earlier this month. Their lawyer requested bail but the court denied it.

Prayuth said the debate in parliament was “a good opportunity for both sides to do something together for our country and people. And I am ready to clarify every allegation.”

Of the 487 lawmakers, 277 are part of the ruling coalition and 210 are with the opposition. The censure motion would require a simple majority, or 244 votes, to pass. Prayuth received 272 votes with 206 voting no-confidence and three remaining silent.

On Friday evening, hundreds of protesters held a mock censure motion against Prayuth and the other ministers on the street in front of the parliament building, calling out their alleged corruption and noting their failure to address rising financial inequality in Thailand.

Protesters said another rally was planned on Saturday afternoon.

Police said they would deploy more than 10,000 officers in Bangkok over the weekend to control the crowds and maintain law and order. Police vehicles, including water canon trucks, have been dispatched near the parliament. 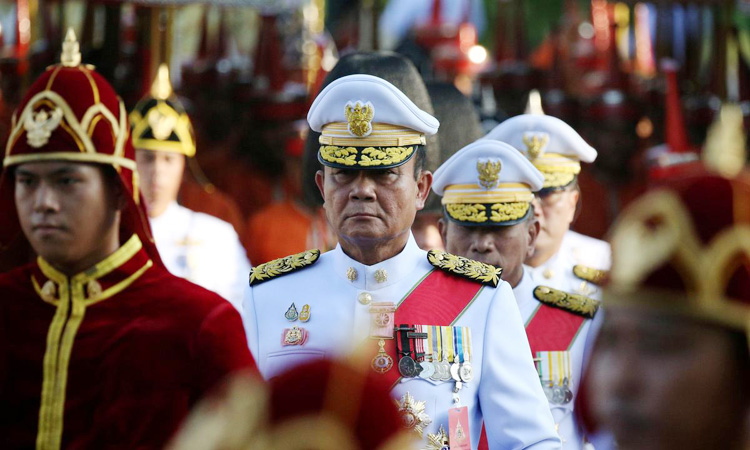 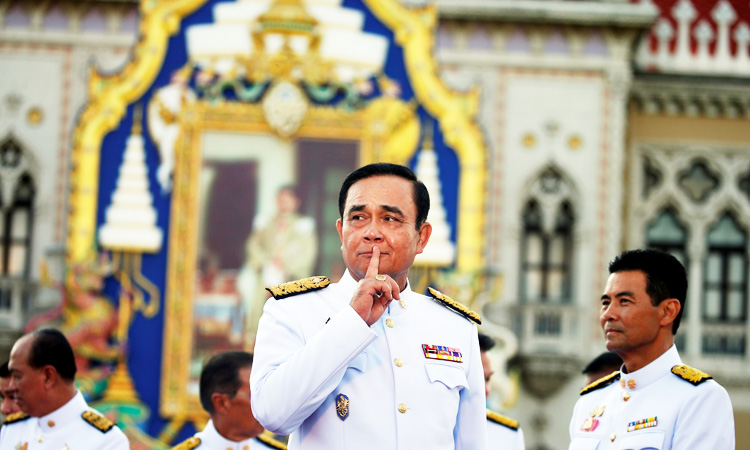