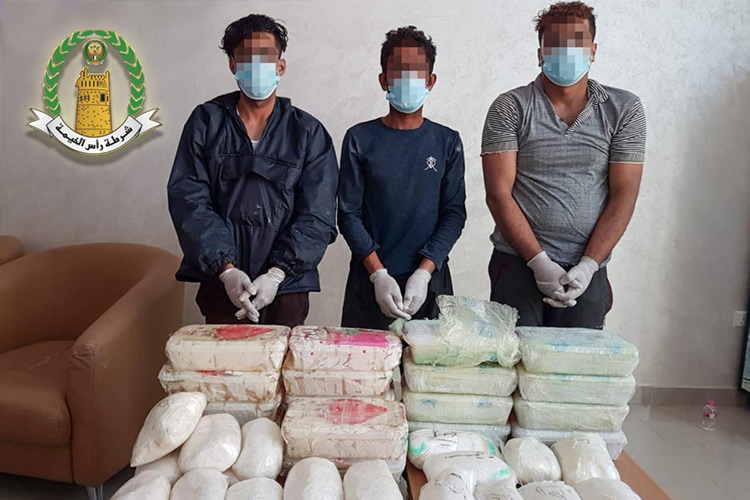 The culprits with the seized drugs in Ras Al Khaimah.

According to Colonel Ibrahim Jassim Al Tunaiji, Director of Anti-narcotics Department at Ras Al Khaimah Police, the anti-narcotics agents succeeded in seizing 1,125 kilogrammes of narcotics in co-operation with the strategic partners in in the other emirates.

Al Tunaiji pointed out that as part of the seized materials, some 763 kilograms of opium were seized in one operation. 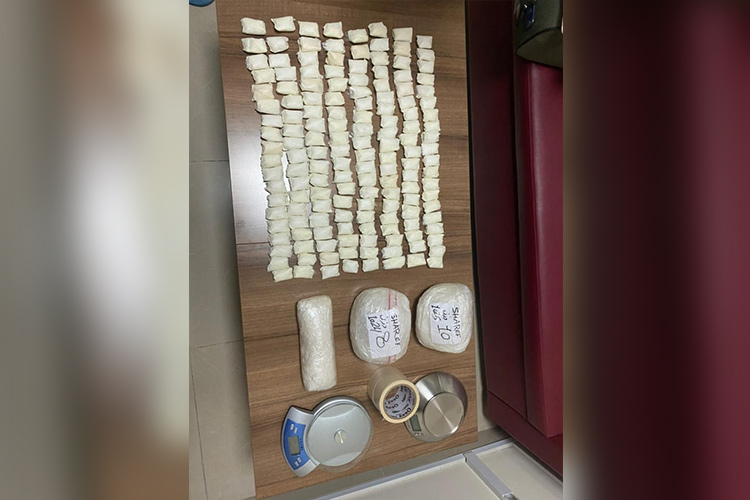 He, meanwhile, stressed the importance for parents to instill religious and moral values in the minds of their children and demonstrate the dangers of associating with bad companions and taking drugs, which pose a major threat to their health and lives and render them legally accountable. 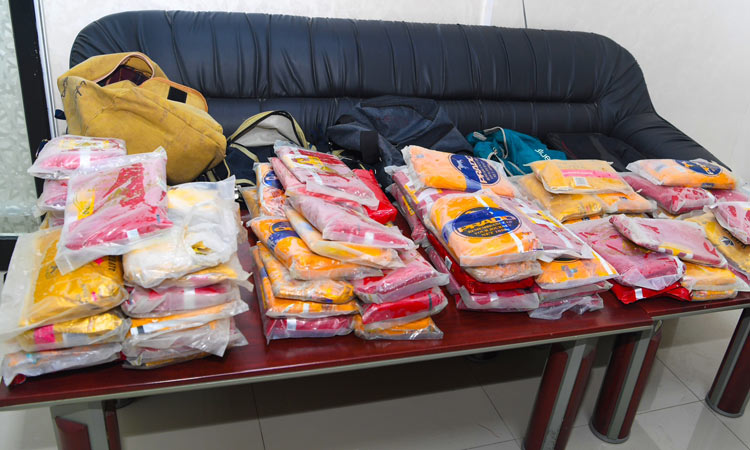 “Based on verification of the information, a joint competent team was entrusted in cooperation with Coast Guard Command, to foil that attempt and arrest those were behind it,” the Commander-in-Chief of Ras Al Khaimah Police said.