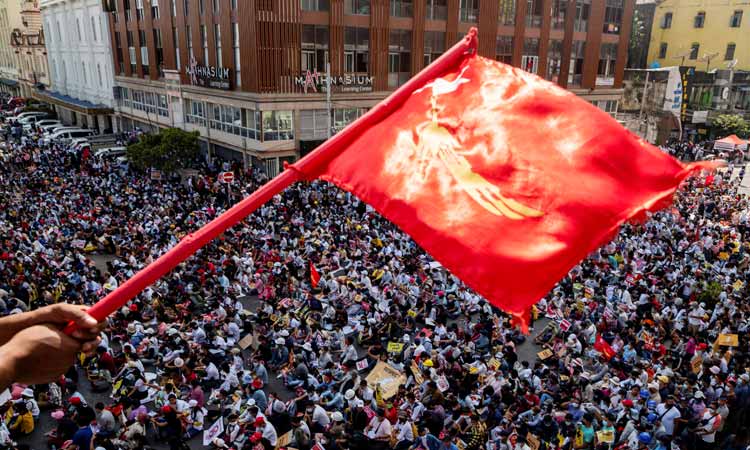 Myanmar’s military junta has issued arrest warrants against six celebrities for encouraging strikes that have paralysed many government offices in protests against this month’s coup, with total arrests since then now nearing 500.

Late on Wednesday, security forces opened fire in Myanmar’s second biggest city of Mandalay as they confronted railway workers who had stopped trains running as part of the civil disobedience movement. One person was wounded, residents said. 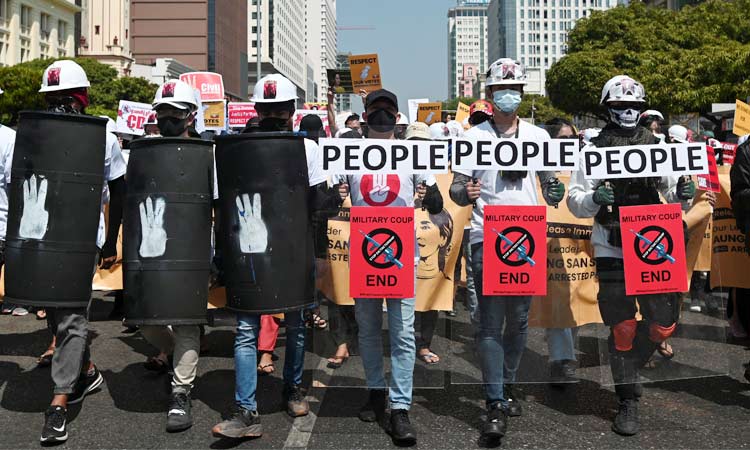 Hundreds of thousands of people took to the streets across the Southeast Asian country on Wednesday in some of the biggest protests yet against the Feb.1 coup and detention of elected leader Aung San Suu Kyi.

Early on Thursday, police ordered dozens of chanting protesters to disperse from a busy intersection near the main university in Yangon, the country’s largest city. Students were due to gather in a different part of the city later. 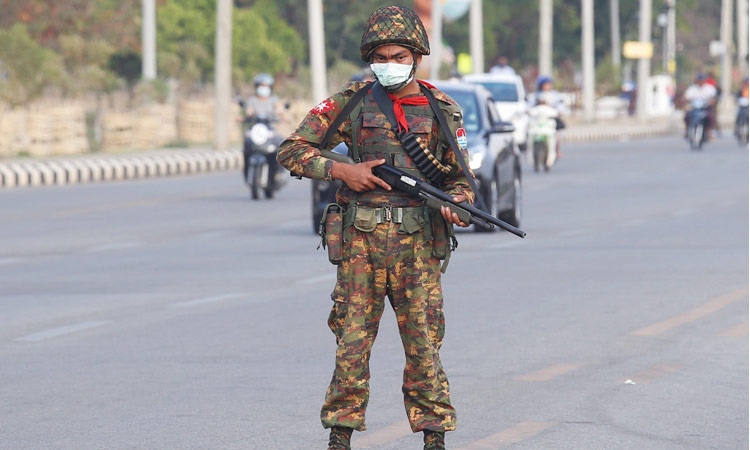 A soldier stands on a road after the coup in Naypyitaw, Myanmar. Reuters

The street marches have been more peaceful than bloodily suppressed demonstrations in a previous half century of army rule, but they and the civil disobedience movement have had a crippling effect on much official business.

The army announced late on Wednesday that six celebrities, including film directors, actors and a singer, were wanted under an anti-incitement law for encouraging civil servants to join in the protest. 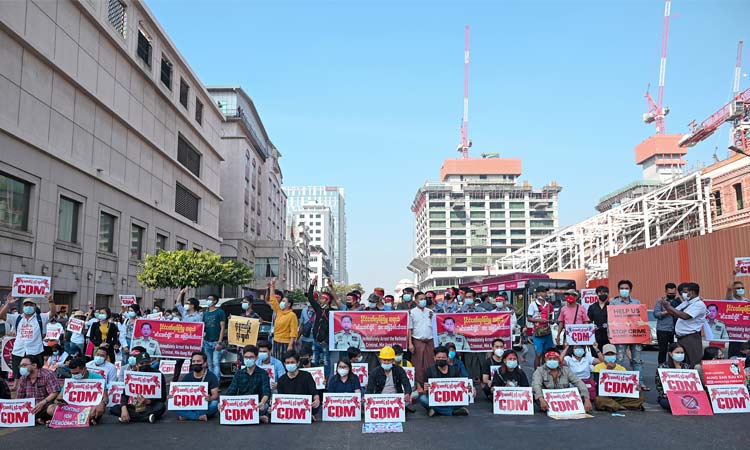 Demonstrators hold signs during a protest against the military coup in Yangon, Myanmar. Reuters

The charges can carry a two-year prison sentence. 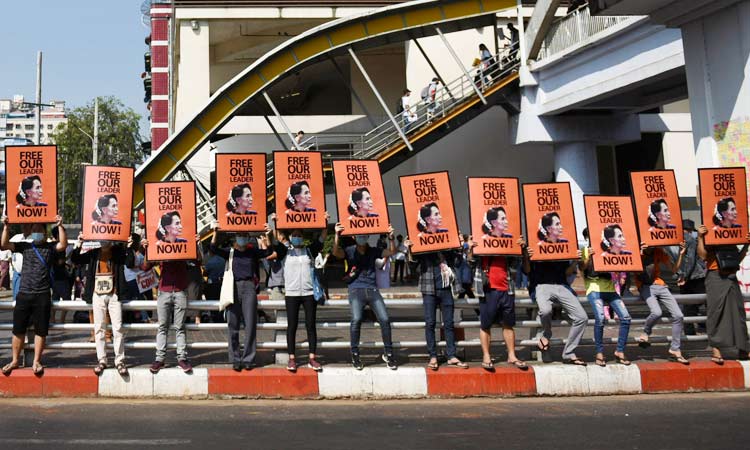 “It’s amazing to see the unity of our people. People’s power must return to the people,” actor Lu Min posted on his Facebook page.

Despite junta appeals for civil servants to return to work and threats of actions if they do not, there has been no sign of the strikes easing.

Train services have been badly disrupted and after dark, security forces in the second-biggest city of Manadalay confronted striking railway workers, opening fire with rubber bullets and catapults and throwing stones, residents said.

One charity worker was wounded in the leg by a rubber bullet.

Neither the army nor the police made any immediate comment on the incident, but the army’s Facebook page said forces were providing security across the country to “make sure people have tranquillity and sound sleep.”

The number of people known to have been detained since the coup halted a tentative transition towards democracy had reached 495 by Wednesday, Myanmar’s Assistance Association for Political Prisoners said in a statement.

It said 460 were still being held.

The army took power after the electoral commission rejected its accusations of fraud in a Nov. 8 election swept by Suu Kyi’s National League for Democracy (NLD) party, prompting anger from Western countries as well as the local protests.

More demonstrations were planned for Thursday - including by student groups and workers from different ethnic groups in the diverse country of more than 53 million people.

Coup opponents are deeply sceptical of junta promises to hand over power after a new election for which no date has yet been set.

Nobel Peace laureate Suu Kyi, detained since the coup, now faces a charge of violating a Natural Disaster Management Law as well as charges of illegally importing six walkie talkie radios. Her next court appearance has been set for March 1.

The army says that one policeman died of injuries sustained in a protest. One protester who was shot in the head during a protest in the capital Naypyitaw is being kept on life support, but doctors say she is not expected to survive.