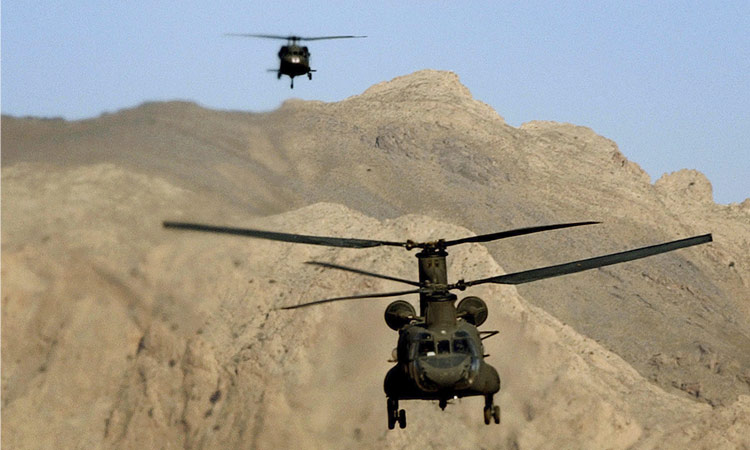 NATO defence ministers meet on Wednesday for their first talks since US President Joe Biden took over from Donald Trump with a vow to soothe tensions between Washington and its closest partners.

Biden’s administration is reviewing whether to stick to a looming May 1 deadline to withdraw or risk a bloody backlash from the insurgents by staying. 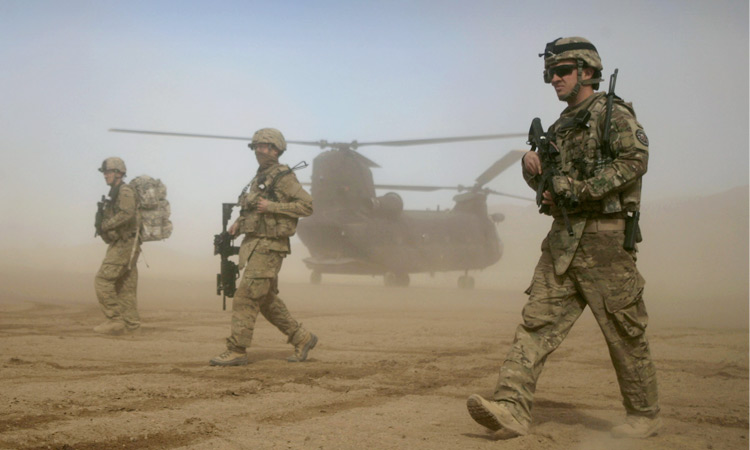 The defence ministers will not make any firm announcement after the discussions wrap up on Thursday — but other NATO members insist they are willing to remain in Afghanistan, so long as Washington stays too.

“While no ally wants to stay in Afghanistan longer than necessary, we will not leave before the time is right,” NATO Secretary General Jens Stoltenberg said on Monday.

Central to the mission’s fate is the question of whether the US determines that the Taliban has broken promises in the peace deal by ratcheting up attacks and failing to make headway in talks with the Kabul government. 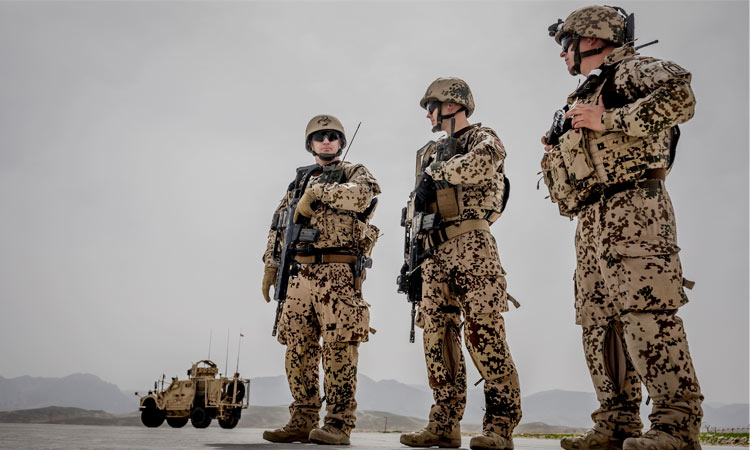 German Bundeswehr soldiers are seen at a camp in Afghanistan. File/Reuters

New US Defence Secretary Lloyd Austin will “consult with allies about the process and take their feedback” to Washington, a senior US official said.

“All options remain under consideration,” the official added.

The Taliban has launched a string of offensives threatening at least two provincial capitals and warned NATO ministers not to seek a “continuation of occupation and war” by staying.

NATO countries are desperate not to see Afghanistan slide back into serving as a sanctuary for groups like Al-Qaeda, more than two decades after the alliance launched operations there in the wake of the Sept.11 attacks. 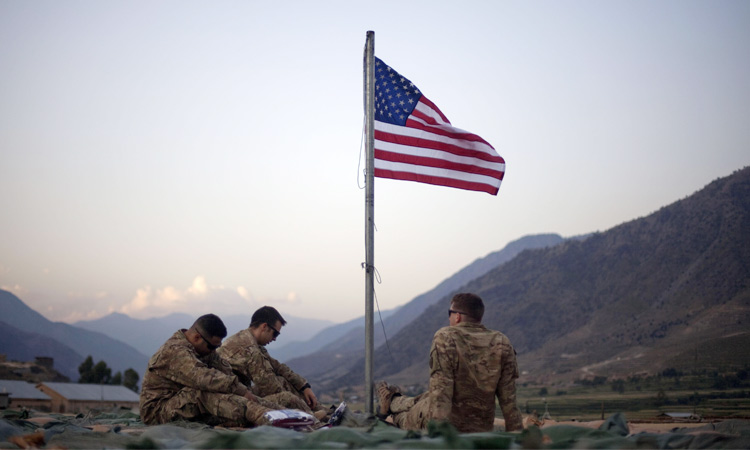 US soldiers sit beneath an American flag at Forward Operating Base Bostick in Kunar province, Afghanistan.

“This war is not winnable, but NATO cannot allow itself to lose it pitifully,” a European diplomat said.

A study mandated by the US Congress has called for a delay in the pullout, warning it would effectively hand the Taliban a victory.

Trump cut US troop numbers during his final days in office to 2,500 — their lowest figure since the start of the war in 2001.

The US wants to use this week’s meeting to draw a line under Trump’s tenure — during which the former leader reportedly discussed pulling out of NATO — by stressing Washington’s commitment to its partners.

Defence Secretary Austin will look to paper over the divisions, but a raft of challenges remain, including bolstering defence budgets and squabbles with NATO member Turkey.

“This meeting will be an important opportunity for Secretary Austin to send some important messages about the United States’ commitment to NATO,” the US official said.

Ministers will agree on extending and expanding a training mission in Iraq aimed at bolstering the capacity of the country’s military.

They will also look at proposals to reform the 70-year-old alliance — including increased funding — ahead of a summit expected to include Biden later this year.

Despite the marked change in tone from Trump, the new US administration looks set to remain firm on pressing other members to do more to share NATO’s financial and military burden.

Trump harangued leading nations like Germany for failing to pull their weight as he pressured them to boost defence spending to two percent of gross domestic product.

Tensions with Turkey are also lingering after it angered its NATO allies by purchasing S-400 air defence systems from key adversary Russia.

The US has also been scrambling this week to defuse a fresh spat with Ankara after President Recep Tayyip Erdogan blasted Washington’s response to the killing of 13 Turks by Kurdish forces in Iraq.