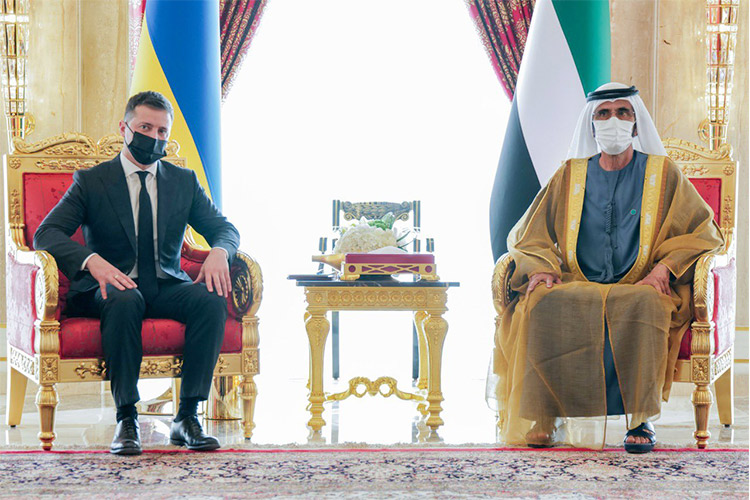 Volodymyr Zelensky and Sheikh Mohammed pose for a photograph.

Sheikh Mohammed said, “With Ukrainian President Volodymyr Zelensky in Dubai on his first visit to the Middle East. We have a mutual visa waiver agreement and a fast-growing $1 billion trade exchange. Dubai is home to 200 large Ukranian companies. We look forward to growing our bilateral ties.”

In honour of Zelensky’s visit, Burj Khalifa lit up in Ukranian colours.

Sheikh Mohammed stressed the importance of the agreements to advancing the bilateral ties between the two countries, adopting a mutual roadmap for encouraging cooperation and coordination, and establishing investment partnerships that will serve their interests. 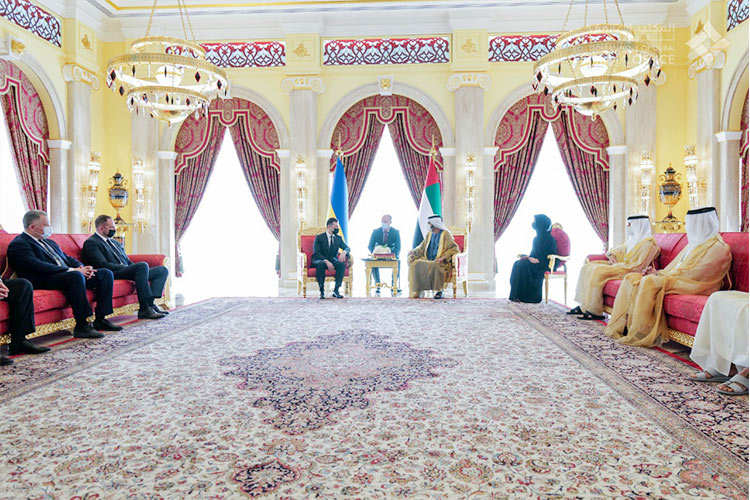 Zelensky expressed the keenness of his country’s government to promote mutual tourism, increase Emirati investments in this sector and other economic sectors, and reinforce the cultural, humanitarian, commercial and security relations between the two countries.

He then commended the significant development witnessed by the UAE and the hosting of the largest global event, the Expo 2020 Dubai, which will be a promising opportunity to promote Ukraine and its investment potentials.