Russia clashes with US and West over conflict in Ukraine - GulfToday 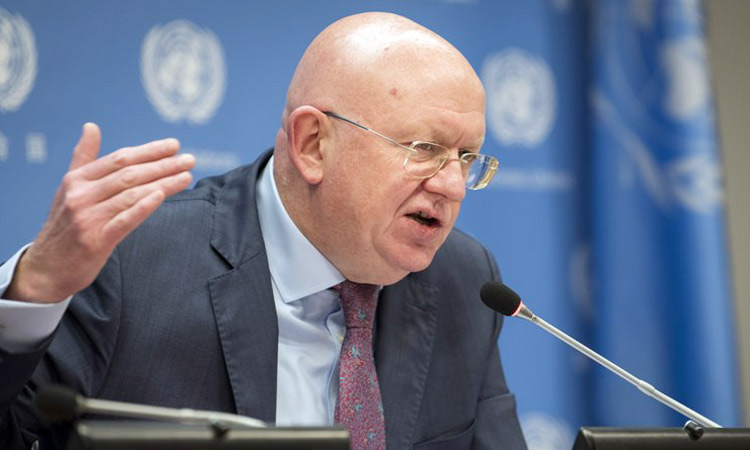 Vassily Nebenzia, Permanent Representative of the Russian Federation to the UN speaks at the UN in New York. File/AP

Russia clashed with the United States and its Western allies on Thursday over the nearly seven-year conflict in eastern Ukraine, and the UN warned that the current fragile cease-fire risks being reversed if peace negotiations become deadlocked.

Russia called the Security Council meeting to mark Friday’s sixth anniversary of the signing of the Minsk peace plan brokered by France and Germany. It aimed to resolve the conflict between Ukraine and Russia-backed separatists that flared in April 2014 after Russia’s annexation of Crimea and its support for the separatists in the mostly Russian-speaking industrial east called Donbass.

Russia’s UN Ambassador Vassily Nebenzia accused Ukraine of failing to implement the 2015 Minsk agreement saying: “Over those six years, we still haven’t gotten an answer to two very important questions: How exactly does Ukraine intend to peacefully resolve the conflict, and how does Kiev envisage special status of Donbass within Ukraine?”

“The answers to those questions will entirely determine any prospects for a settlement because after the beginning in 2014 of Kiev’s use of force and the ongoing shellings of residential areas by the Ukrainian army, which continue to this day the people, of Donbass have not felt any connection with Ukraine,” he said.

The United States and European allies France, Germany, Estonia, Ireland, Norway, Belgium and the United Kingdom blamed Russia for fueling the conflict, which has killed more than 14,000 people, by providing financial and military support to the separatists.

US political coordinator Rodney Hunter, speaking on behalf of the Biden administration, said Russia instigated the conflict in Donbass and “has blocked meaningful progress in diplomatic negotiations while arming, training, funding, and leading its proxy forces and supporting the self-proclaimed `authorities’ on the ground.”

“The United States reaffirms its unwavering commitment to Ukraine’s sovereignty and territorial integrity,” he said, accusing Russia of escalating “its oppression of any dissent to its brutal occupation of Crimea.”

“We will never recognize Russia’s attempted annexation of Crimea,” Hunter said. “As a result, US sanctions on Russia in response to its aggression in eastern Ukraine and occupation of Crimea will remain in place unless — and until — Russia reverses course.”

The Minsk agreements envisage that Ukraine can regain control over its border with Russia in the separatist-held regions only after they are granted broad self-rule and hold local elections.

The accord helped reduce the scope of hostilities, but Ukrainian forces continued to exchange artillery salvos and gunfire.

While the July 2020 cease-fire “has largely held up,” UN political chief Rosemary DiCarlo said there has been an increase in security incidents in several hotspots in recent months.

“This dangerous trend needs to be quickly reversed,” she said.

India,China agree to pull back troops from Pangong lake

The cease-fire deal was reached by members of the Tripartite Contact Group that includes representatives of Russia, Ukraine and the Organization for Security and Cooperation in Europe known as the OSCE. It followed a meeting in Paris in December 2019 of the leaders of Ukraine, Russia, France and Germany — the so-called Normandy group — who expressed support for the Minsk deal and agreed to revive the peace process.

DiCarlo told the council that continuing discussions in these groups are “no reason for complacency” and no substitute “for meaningful progress.”

“The risk of backsliding is real if negotiations become deadlocked,” she warned.

Russia’s Nebenzia said the Minsk agreement didn’t say anything about direct dialogue with the two separatist governments of Donetsk and Luhansk in Donbass, or about agreeing on any special status for the region.

“Instead of that, fantasies about establishing some sort of international administration and holding elections only two years after that are in the document,” he said. “Do you really think the people of Donbass will really agree to this international form of occupation?”

In response, a statement from the seven European countries strongly condemned “the continued destabilization of certain areas of Donetsk and Luhansk regions” and again called on Russia “to immediately stop fueling the conflict” by supporting the separatists.

Germany’s UN Ambassador Christoph Heusgen went further, telling the Security Council how Russia violated key paragraphs in the Minsk agreements — including the initial 2015 cease-fire, failing to withdraw heavy weapons and foreign forces, and blocking free access for OSCE monitors to observe areas of the Russian-Ukrainian border not controlled by the Ukrainian government.

“Until today, there are Russian forces in eastern Ukraine,” Heusgen said. “They may not have the official stamp of the Russian army, but the Russians continue to be there, and without Russia, Luhansk and Donetsk could not survive.”

Halit Cevik, chief monitor of the OSCE Special Monitoring Mission to Ukraine, saw “a window of opportunity for the sides to find a way towards lasting de-escalation, but we also see that it is narrowing.”

Cevik said the July 2020 cease-fire led to “the longest-lasting reduction in violence” since the mission began recording cease-fire violations. But he said, “adherence has frayed over time.” 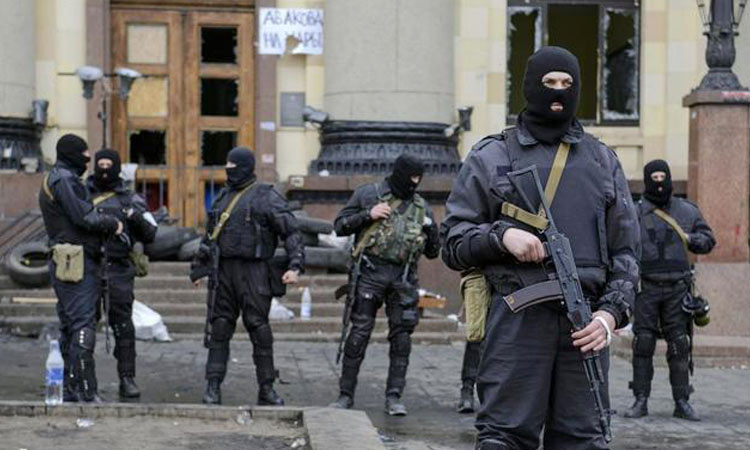 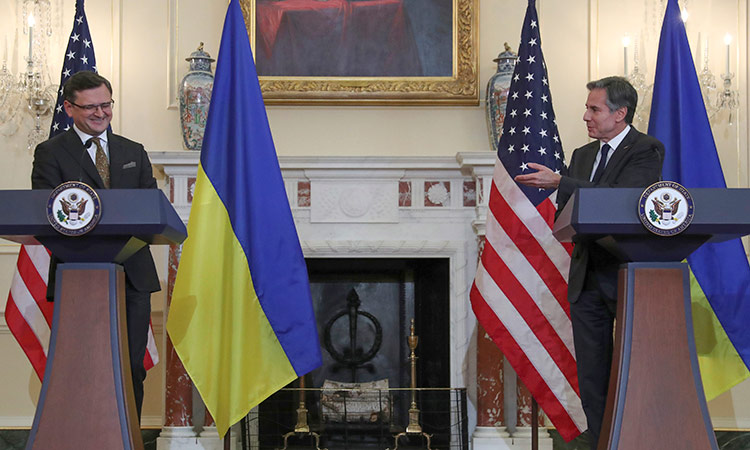