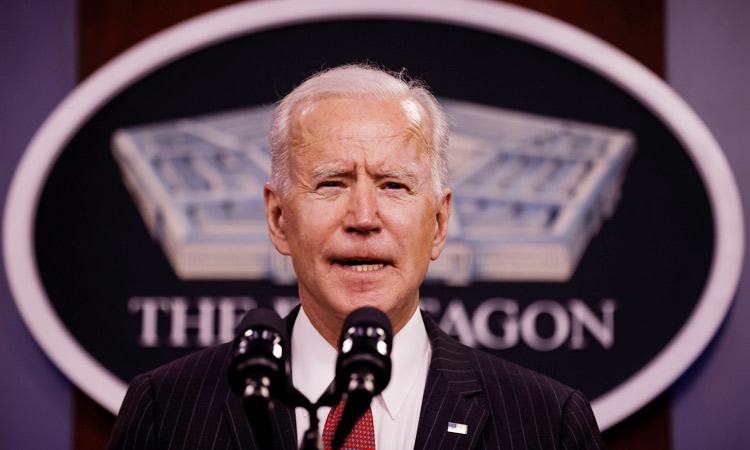 US President Joe Biden delivers remarks to Defense Department personnel during a visit to the Pentagon in Arlington, Virginia, US. Reuters

US President Joe Biden and his Chinese counterpart Xi Jinping held their first phone call as leaders and appeared at odds on most issues, even as Xi warned that confrontation would be a “disaster” for both nations.

While Xi has called for “win-win” cooperation, Biden has called China America’s “most serious competitor” and vowed to “out compete” Beijing. 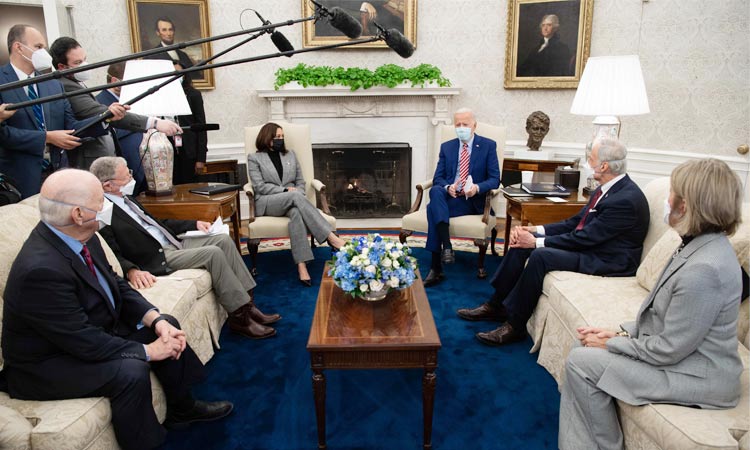 US President Joe Biden holds a meeting with US Senators in the Oval Office of the White House in Washington, DC. AFP

Biden said he spoke to Xi for two hours on Wednesday night and warned the senators: “If we don’t get moving, they are going to eat our lunch.”

The White House said Biden emphasized to Xi it was a US priority to preserve a free and open Indo-Pacific, a region where the United States and China are major strategic rivals.

He also voiced “fundamental” concerns about Beijing’s “coercive and unfair” trade practices, as well as about human rights issues, including China’s crackdown in Hong Kong and treatment of Muslims in Xinjiang, and its increasingly assertive actions in Asia, including toward Taiwan.

All the rights issues Biden mentioned were ones Beijing has explicitly told his administration it should stay out of.

Xi told Biden confrontation would be a “disaster” and the two sides should re-establish the means to avoid misjudgments, China’s foreign ministry said.

Xi maintained a hardline tone on Hong Kong, Xinjiang and Taiwan, calling them matters of “sovereignty and territorial integrity” he hoped Washington would approach cautiously.

The call was the first between Chinese and US leaders since Xi spoke with former President Donald Trump last March 27, nearly 11 months ago. Since then, relations between the world’s two biggest economies have plunged.

Xi congratulated Biden on his election in a message in November, even though Biden had called him a “thug” during the campaign and vowed to lead an international effort to “pressure, isolate and punish China.”

The Biden administration has signaled it will maintain pressure on Beijing, and has endorsed a Trump administration determination that China has committed genocide in Xinjiang.

At the same time, it has pledged to take a more multilateral approach and is keen to cooperate with Beijing on issues like climate change and persuading North Korea to give up its nuclear weapons.

Biden has stressed the relationship he established with Xi when vice president under Barack Obama, through more than 24 hours of private meetings and 17,000 miles of travel together.

On Thursday, he said he had a good conversation with Xi and knew him well. However, a senior administration official told reporters ahead of the call Biden would be “practical, hard-headed, clear-eyed” in dealings with Xi.

At the same time, the official said, Biden wanted to ensure they had the opportunity to have an open line of communication.

Chinese officials have expressed some optimism bilateral relations will improve under Biden and have urged Washington to meet Beijing halfway.

Readouts of the call from both sides mentioned areas for potential cooperation, honing in on climate change and fighting COVID-19.

China’s foreign ministry said Xi had quoted back to Biden the US president’s saying that “America can be defined in one word: Possibilities.”

“We hope the possibilities will now point toward an improvement of China-US relations,” it quoted Xi as saying.

The editor-in-chief of the Chinese Communist Party-backed tabloid, the Global Times, said in a tweet the fact that the call lasted two hours was “a very positive message” that showed “in-depth communication.”

Bonnie Glaser, an Asia expert at Washington’s Center for Strategic and International Studies, said there was room for cooperation, but differences were wide.

“The concerns highlighted by President Biden are in essence all Chinese core interests. So narrowing differences is going to be very challenging,” she said. “Xi did not suggest that there are preconditions for bilateral cooperation on issues such as climate change, so that is one positive takeaway.”

Another CSIS expert, Scott Kennedy, said that while Xi had proposed extensive bilateral exchanges, things would take time, given Biden’s plans for a thorough review of strategy.

“We may end up not far from where things are now, in terms of overall tone, but it’s also possible the two sides will find a pathway to stabilize their relationship, both the extent and manner of competition as well as areas of cooperation,” he said.

A US official said Washington was in a position of strength after consultations with allies and partners to lay out concerns about China’s “aggressive activities and abuses.”

He said the administration would look in coming months at adding “new targeted restrictions” on sensitive technology exports to China and also that there would be no quick moves to lift Trump administration tariffs on Chinese imports. 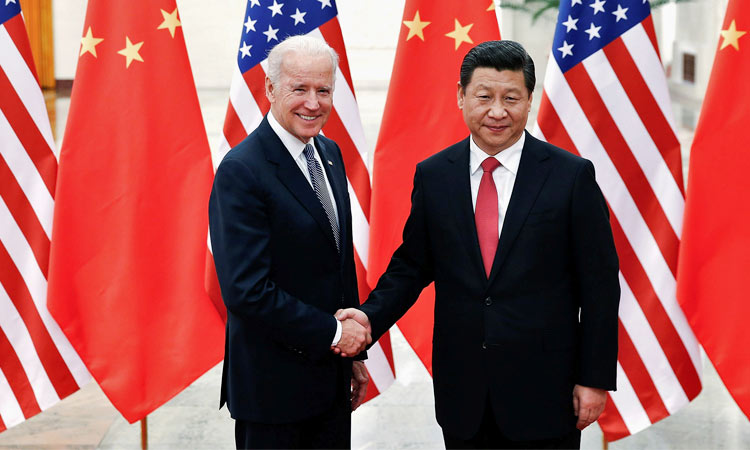