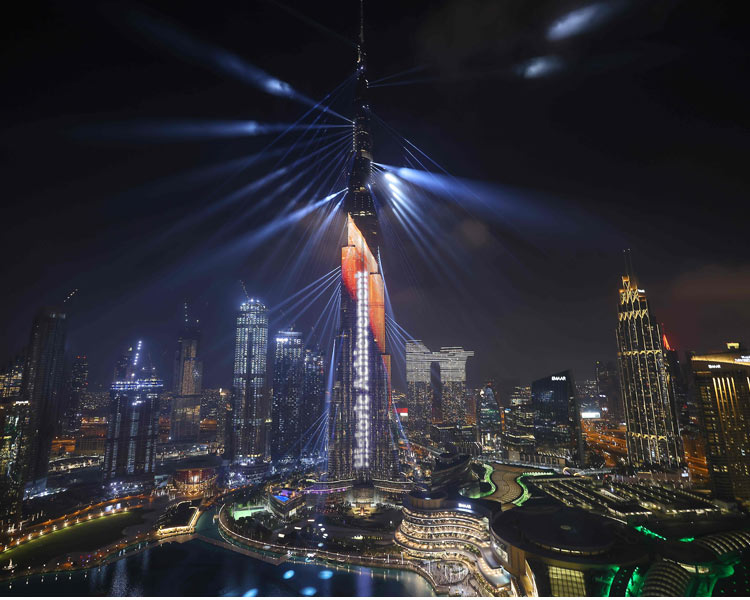 Burj Khalifa is lit up with a slogan as the UAE's "Al Amal" — Arabic for "Hope" — probe successfully entered Mars' orbit. AFP

Pakistan has congratulated the leadership and people of the UAE on Hope Probe's successful entry into the Mars orbit.

Zahid Hafeez Chaudhri, the spokesperson of Pakistan Ministry of Foreign Affairs (MoFA), in a congratulatory message on Twitter described the historical feat as "outstanding success" for the Emirates' Mars Mission #HopeProbe. 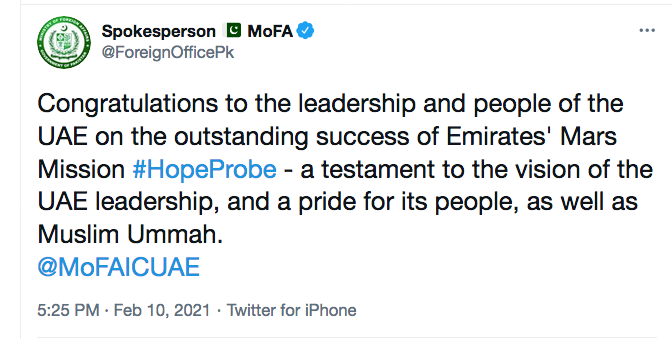 "It is a testament to the vision of the UAE leadership, and a pride for its people, as well as Muslim Ummah," he concluded.

The UAE made history on Tuesday when its first-ever interplanetary Hope Probe mission successfully entered orbit around Mars, after seven-month, 480-million-kilometre journey and begun circling the Red Planet.

On Tuesday, a cabinet minister of Pakistan wished the UAE "to conquer the space.

"Today is a great day for every human; but particularly for every Muslim, the UAE has made the whole Muslim world proud. The Emirates Mars Mission will be the first of three to arrive at Mars," Chaudhry Fawad Hussain, Federal Minister for Science and Technology, said in an exclusive video to WAM.

"The mission is a contribution towards a knowledge-based economy in the UAE and Muslim Ummah. I wish you all the best. I wish that you conquer space!" he added. 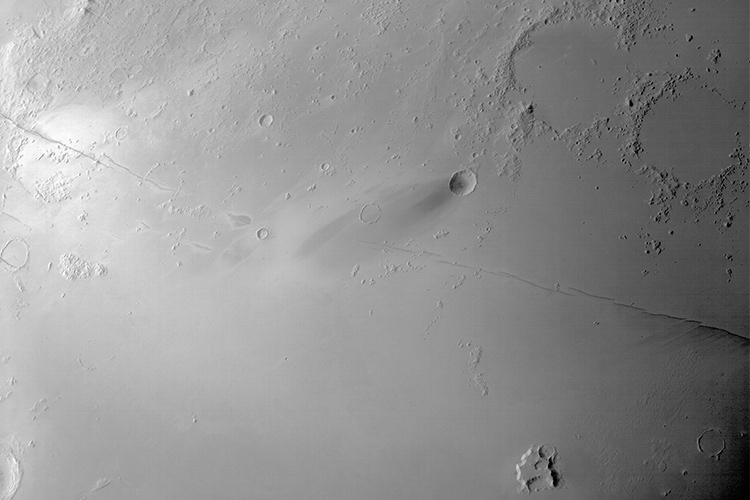 Hope probe has commenced its transition from its capture orbit to its science orbit with the successful completion of a 510 second (8.36 minutes) burn of its thrusters. 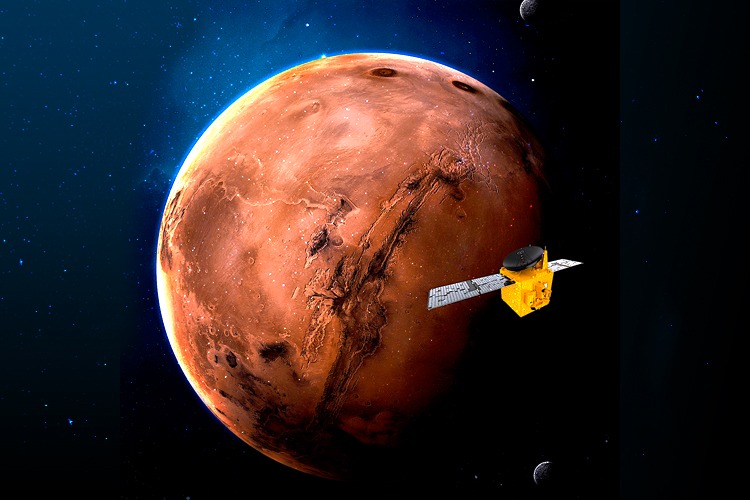