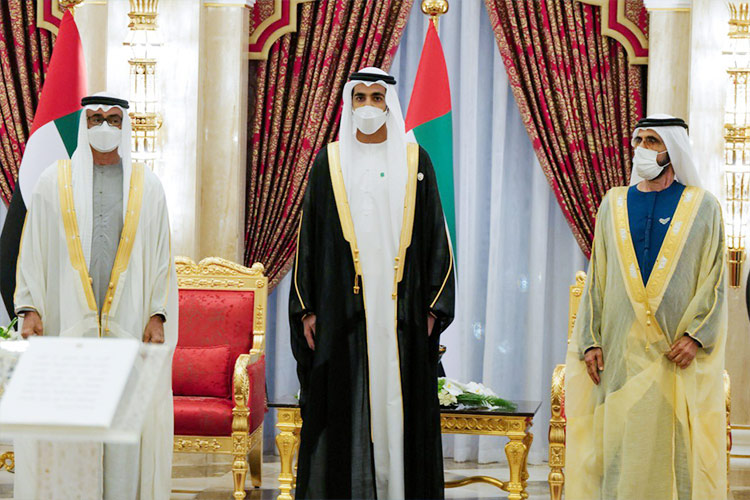 The swearing in follows Sheikh Mohammed’s announcement of a reshuffle in the Ministry of Foreign Affairs and International Cooperation.

“In the presence of Mohamed Bin Zayed, we announced a mini cabinet reshuffle, as part of which Sheikh Shakhbut Bin Nahyan Bin Mubarak Al Nahyan and Khalifa Shaheen Al Marar have been appointed as Ministers of State in the Ministry of Foreign Affairs and International Cooperation. Dr. Anwar Bin Mohammed Gargash will be leaving to serve as diplomatic advisor to the UAE President and Zaki Anwar Nusseibeh will serve as cultural advisor to the UAE President,” Sheikh Mohammed said.

Sheikh Mohammed said the UAE Government constantly introduces new policies and strategies to ensure it continues to be successful in the local and regional arenas as well as on the global stage. “The prospects for our journey over the next fifty years are exceptionally promising and we look forward to many more national accomplishments supported by the hard work, diligence and commitment of our people,” he added.

Sheikh Shakhbut Bin Nahyan Bin Mubarak Al Nahyan previously served as the UAE ambassador to Saudi Arabia from 2017, a role in which he was instrumental in enhancing relations between the two nations.

Prior to that, he worked in the Ministry of Foreign Affairs and International Cooperation between 2013 and 2014. He has also served as President of the UAE Equestrian and Racing Federation.

Sheikh Shakhbut holds a BA in Applied Science and Applied Media Studies from the Higher Colleges of Technology in Abu Dhabi and a graduate diploma from the Emirates Diplomatic Academy in 2017. 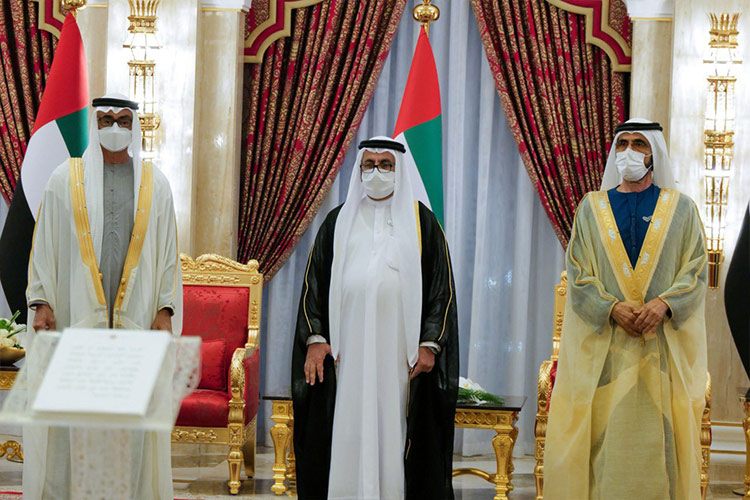 Khalifa Shaheen Al Marar started his diplomatic career in 1978 as an attaché in the UAE Embassy in Japan. He has served as UAE Ambassador to Syria, Iran and Turkey, and Non-Resident Ambassador to Armenia.

Al Marar holds a Bachelor degree in Business Administration and Economy from the University of Sophia in Japan and a Master’s Degree in Political Economy from the New School of Social Research in New York, USA.