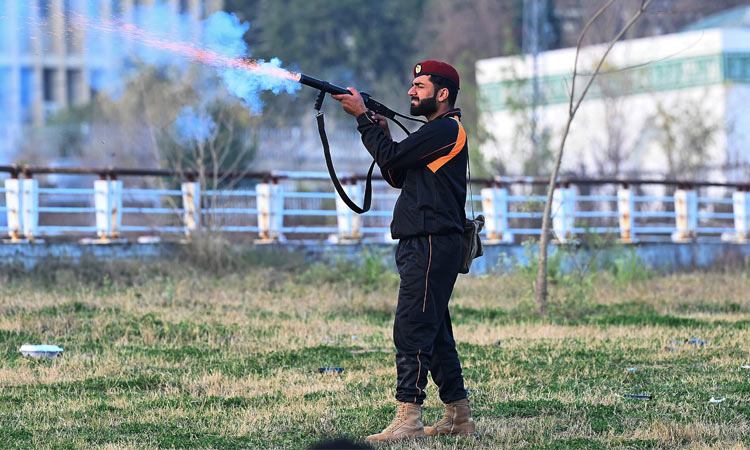 A policeman fires a tear gas shell to disperse federal government workers during a protest to demand higher wages in Islamabad on Wednesday. AFP

Several employees were arrested and those stuck in the Secretariat Block broke the door to escape. A government committee had held talks with the protesters’ leaders a day earlier that failed.

By forcibly opening the main iron gate of the Pak Secretariat, the agitators tried to move to the D Chowk in front of the parliament. However, heavy police contingents stopped them by firing tear gas shells. 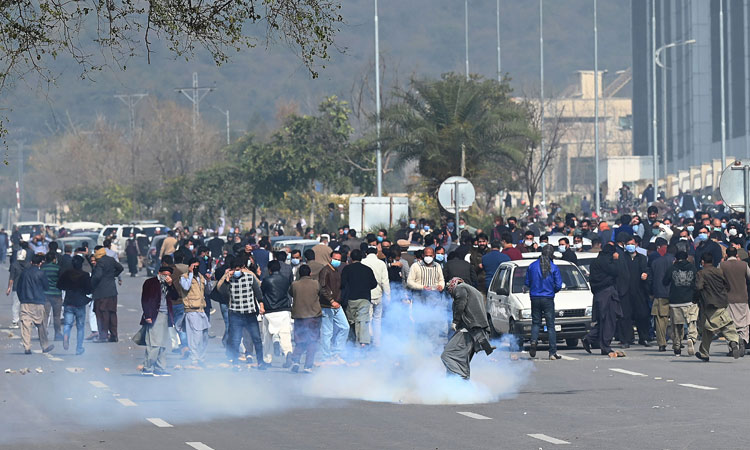 Finally, the police pushed the protesters back and locked the main gate. There, the agitators, who also came from other cities, kept chanting anti-government slogans. They said that price hike has made their life extremely difficult

When Information Minister Shibli Faraz happened to pass near the protest, the agitators stopped his car. They demanded release of the arrested colleagues. 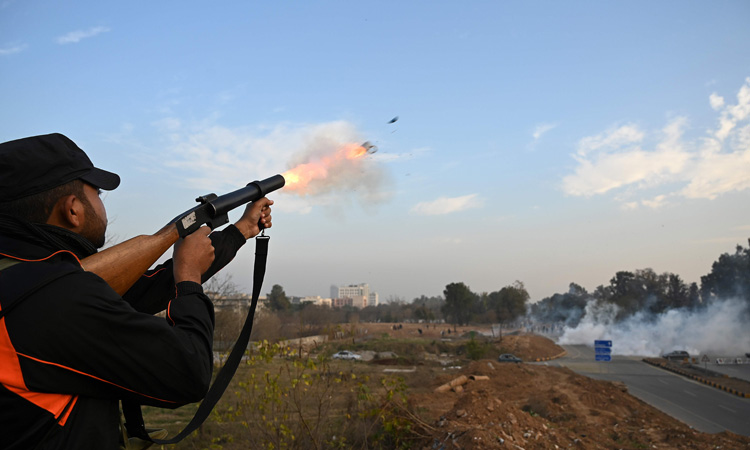 The roads leading to the D Chowk had been blocked by shipping containers. A heavy contingent of Rangers was also deployed. The protest caused traffic jams on different roads of the federal capital.