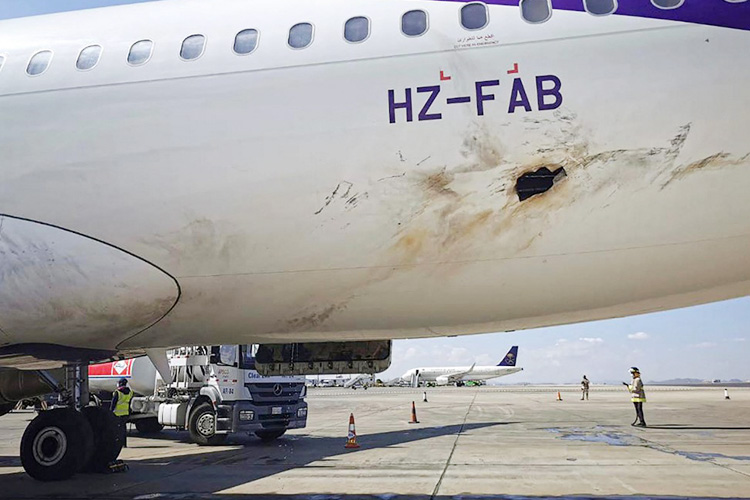 A view of the damaged hull of a Flyadeal Airbus A320-214 aircraft on the tarmac at Abha International Airport.

No one was hurt in the assault, but the damaged passenger plane at Abha airport served as a powerful reminder of the danger that Houthi rebels pose to Saudi Arabia.

The Houthis soon claimed responsibility for the assault, with military spokesman Yehia Sarea stressing that the Houthis consider Abha airport to be a military, not civilian, target. 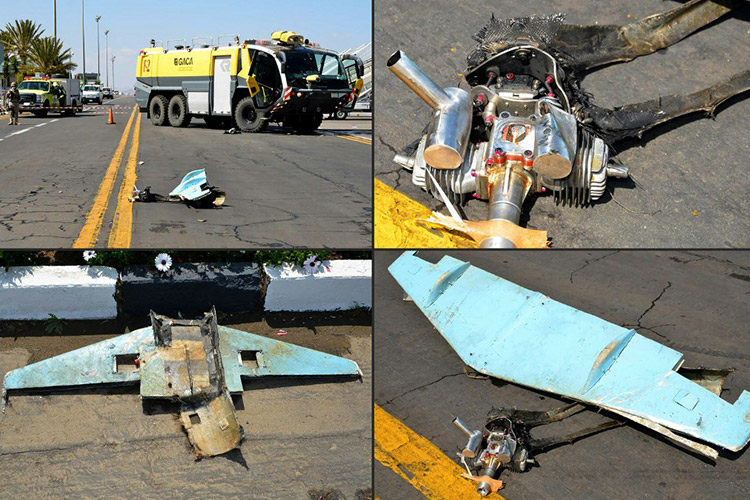 A combo image shows the wreckage of a drone that was used in the attack. AFP

"This targeting comes in response to the continued aerial bombardment and the brutal siege of our country,” Sarea said, adding the group attacked with four bomb-laden drones.

Col. Turki Al-Maliki, the spokesman for the Saudi-led military coalition fighting in Yemen, said forces earlier intercepted and destroyed two drones launched by Houthis toward the country's south. He condemned the assault as a "systematic and deliberate attempt to target civilians." 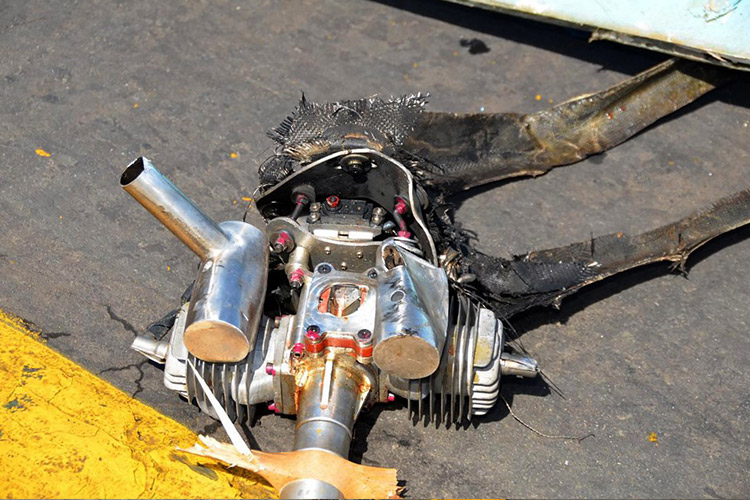 The wreckage of the drone. AFP

Photographs later aired by Saudi state television showed the aircraft, a 3-year-old Airbus A320 flown by low-cost carrier FlyADeal. It appeared the drone had punched a hole through its fuselage, with scorch marks on the metal.

An anchor on state television said there were no injuries on the ground from the fire. FlyADeal did not immediately respond to requests for comment.