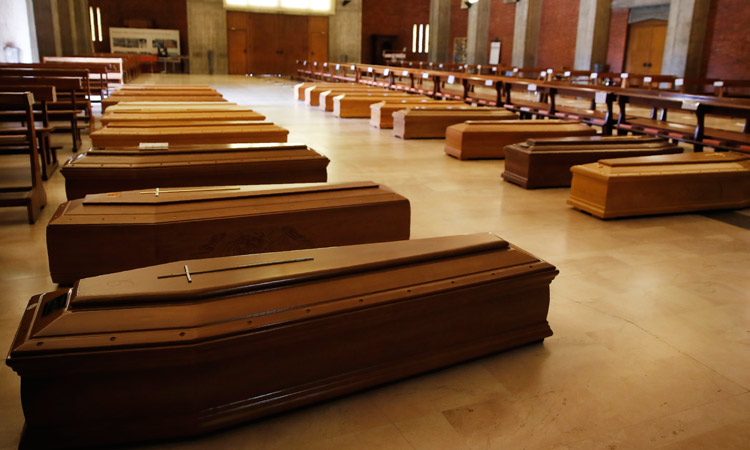 Coffins are lined up on the floor in the San Giuseppe church in Seriate, Italy. File / AP

More than 500,000 people have officially died of COVID-19 in the European Union (EU), according to a tally compiled by AFP as of Wednesday, with the situation appearing to improve in the worst-hit countries.

The European Union includes some of the world's worst-hit countries in the pandemic that broke out in the region early last year — in Italy. But recent trends point to improvements across the 27-member bloc.

Among the member states hardest hit by the pandemic, Spain showed the steepest decrease in new cases, with a drop of 31 per cent to a daily average of 21,945.

Thousands get vaccinated against COVID-19 at Sikh temple in Dubai

Outside of the EU, Britain saw its daily average caseload shrink 27 percent to 17,075. The average daily death toll also decreased, by 26% to 834. 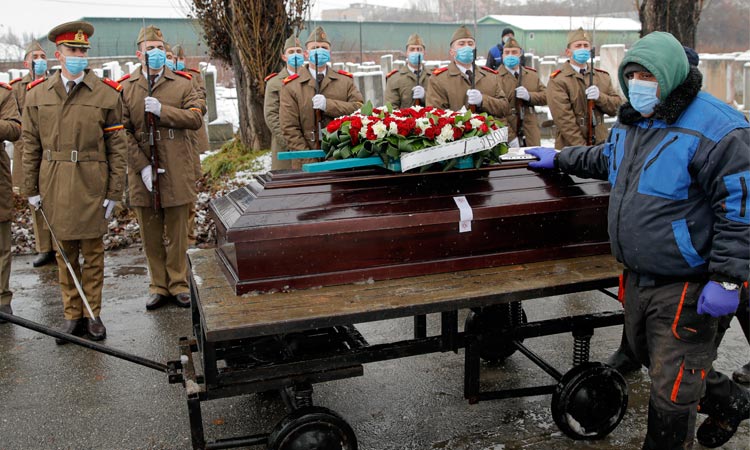 The coffin of man is transported on a cart for burial after dying of COVID-19 in Bucharest. AP

Overall in Europe's 52 countries and territories, 34,902,124 cases have been recorded as of Wednesday.

With 785,106 fatalities, the region is the world's worst hit, followed by Latin America and the Caribbean region with 624,952 deaths and the United States and Canada with 489,091.